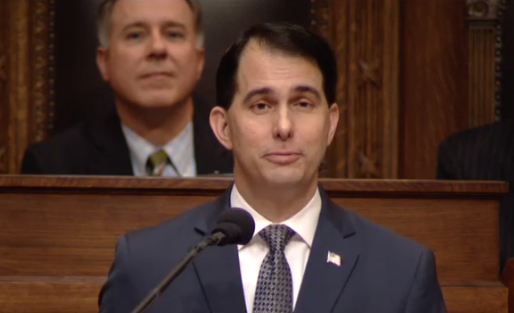 Gov. Scott Walker announced Tuesday at his seventh State of the State speech he plans to propose lowering tuition for all in-state undergraduates in the University of Wisconsin System.

The plan, which will be presented in more detail in his 2017-19 state budget proposal, comes after four years of an in-state tuition freeze for UW campuses. The last biennial budget also cut $250,000 from the UW System over two years.

“We are making college more affordable, and at the same time, the University of Wisconsin is thriving,” Walker said.

Walker said in his speech tuition increased 118 percent in the decade before the freeze.

But some UW System leaders say Walker’s proposal puts them in a difficult spot in terms of funding after the last biennial budget’s major cuts. UW Chancellor Rebecca Blank said in a statement she, like Walker, wants UW to be affordable to students, but hopes tuition cuts will be countered by more state investment in the system.

“The problem has been that he’s never funded the freeze, so I can’t imagine that he’d fund a decreased tuition,” Barca told reporters after the speech.

Assembly Speaker Rep. Robin Vos, R-Rochester, told reporters he isn’t convinced cutting tuition for undergraduates is a priority for the Legislature, but he said he’s open to the option.

“My focus is on making sure that we have access so that students get to graduate in four years and that we have a reasonable price for tuition. So I’m open-minded, but I have yet to be persuaded that that is a priority for the Legislature,” Vos said. 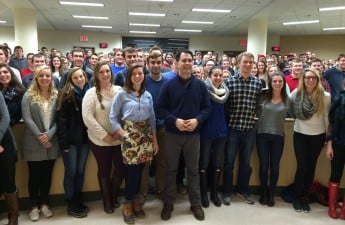 But she expressed concern for other costs rising as a result of a tuition decrease, and cited her own experience having to move off campus because of the rising cost of housing.

“It is important to understand that cutting tuition cannot help students unless the state is willing to fund our public schools,” Goséy said.