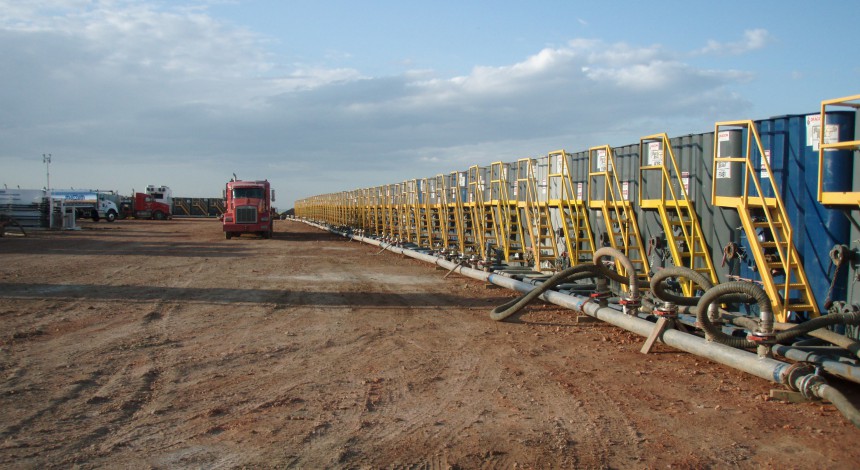 The formerly booming Wisconsin sand mining industry is now struggling because of the crash in oil prices.

While the 2005 birth of the western Wisconsin sand mining industry helped Chippewa County come out of the recession, many of the jobs the new industry created are now disappearing, CEO of Chippewa County Economic Development Charlie Walker said. At its peak, it brought about 560 jobs to the county.

The impact of layoffs due to the oil crash and lack of demand for frac sand extends to other industries in the county, including the service industry Walker said. These citizens are no longer going out to lunch or coming in after work which has caused restaurants, bars and taverns to “feel the pinch,” he said.

Businesses created to repair tractors and supply diesel in rural areas are also feeling a slowdown, forcing them to cut back on services, Walker said.

Walker said the sand mining industry is naturally cyclic since it is dependent on oil, so the decrease in business does not surprise him. He said the industry is still new to the state and they are thankful to have it despite its current state. It is still an avenue for jobs, tax collections and capital investment that formerly did not exist, he said.

“[Sand mining] is still less than one percent of our GDP so we’re just going to have to continue to rely on manufacturing and agriculture which are the mainstays of our economy anyway,” Walker said.

He said he expects continued layoffs and downsizing over the next few quarters until companies begin consolidating when the market bottoms out.

Harold Tobin, chair of the University of Wisconsin geoscience department, said western Wisconsin’s sand is preferable because of ideal grain size and composition for fracking.

Fracking extracts oil from the ground by pumping highly pressurized water into the ground to crack rock, Tobin said. Sand is inserted into these fractures along with the water to enhance the permeability of the oil with Wisconsin sand some of the most effective for the process he said.

Bill Davis, The Sierra Club’s John Muir Chapter director, said fracking has substantial environmental consequences. In order to build wells for natural gas extraction, vegetation must be cleared and infrastructure must be built to transport water and natural gas.

Davis said that water pollution or shortages could be imminent in places where fracking is well-established.

“It’s not just water that gets pumped in, there are other chemicals that they put in there which can be problematic for drinking water if they get into groundwater,” Davis said. “[In the Dakotas], they’re dewatering their aquifers for natural gas production, which I’m not sure is a wise trade in the long run.”

Davis said infrastructure development and safety is another concern with fracking. Fracking’s boom lead to an increase in rail traffic, which the system was not originally designed to maintain, he said. Experts were particularly concerned about rail bridge safety, Davis said.

Davis said fracking is dissuading people from further research and development of renewable energy sources. Other sources such as solar, wind and hydroelectric power are more viable in the long run and are getting less publicity and attention because of the fracking boom, he said.

“Fracking just kind of delays or can stand in the way of us putting energy into things that in the long run are where we’re going to need to go anyway,” Davis said.

The Organization of Petroleum Exporting Countries has increased their drilling, which has kept prices low, he said. Since shale or fracking is more expensive than the methods that OPEC uses to extract oil, there is less incentive for people to extract using these methods.

“As the price drops, it’s just not profitable to do it,” Walker said. “The return on investment isn’t there so you’ll see that slowdown.”