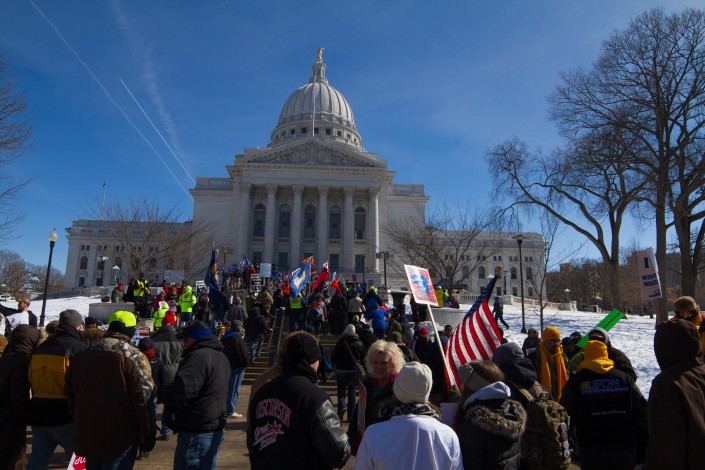 A group of unions filed a lawsuit Tuesday seeking to block the newly signed right-to-work law, claiming the law is unconstitutional.

The lawsuit argues that the right-to-work law is an “unconstitutional taking of private property” without adequate compensation, which will bring harm to the unions. The lawsuit says the law requires unions to represent those who are not required to pay union dues, who then receive an inequitable benefit.

The unions asked in the lawsuit for the right-to-work law to be blocked immediately through a temporary restraining order, then eventually through a permanent injunction.

Gov. Scott Walker signed right-to-work into law on Monday, making Wisconsin the 25th state with such a law on the books.

“We are confident Wisconsin’s freedom-to-work law is constitutional and will be upheld as it has been in federal court,” Walker spokesperson Laurel Patrick said in an email to The Badger Herald.

Right-to-work allows workers in unionized workplaces to opt out of paying dues.

Protesters say right-to-work allows for people to become “freeloaders,” getting the benefits of union representation while not paying dues, and could dismantle private sector unions. Opponents, however, said the law will boost the economy and that it allows for worker freedom.

The Wisconsin AFL-CIO and other union backers rallied at the Capitol since Republicans unveiled the legislation. 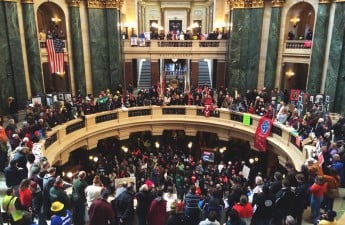 “Allowing some workers to get fair representation for nothing is unfair, un-American and not our Wisconsin,” Neuenfeldt said.

The lawsuit lists Walker, Attorney General Brad Schimel and some members from the Wisconsin Employment Relations Commission as defendants.

The hearing for the temporary restraining order is scheduled for March 19 before the Dane County Circuit Court.

Read the lawsuit below.