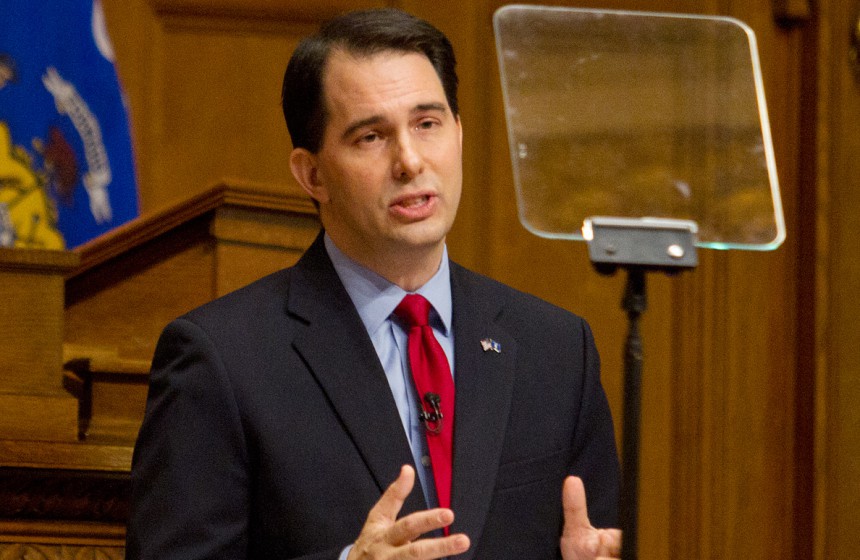 Gov. Scott Walker’s announcement Tuesday that he would sign a bill banning abortions after 20 weeks of pregnancy was the governor’s latest move to emphasize his religious beliefs as he’s developing a likely presidential bid, political analysts say.

Walker’s stance on the bill, which he announced in an open letter Tuesday, marks a shift in tone on the issue from his more ambivalent stance during his re-election campaign, when he declined stating a position on the bill.

That shift, political analysts say, is unsurprising given that Walker’s among the top tier of Republicans potentially vying for the party’s 2016 nomination — and that a crucial test of that candidacy will come in Iowa, where the first-in-the-nation caucuses draw more religious voters.

In Tuesday’s open letter, Walker touted his past efforts to place prohibitions on abortion in Wisconsin, including defunding Planned Parenthood and signing a bill that required ultrasounds before abortions. Walker cited his personal background for his stance and said his pro-life ideology predates his time in politics.

“I was raised to believe in the sanctity of life and I will always fight to protect it,” Walker wrote.

The open letter comes two months after Walker addressed the Iowa Freedom Summit that catapulted him to the top of the polls. In his well-received speech, he made several references to his father being a minister and told attendees “we’ve defunded Planned Parenthood” in Wisconsin.

Walker’s religious tone does not come as a surprise to University of Iowa professor of political science Timothy Hagle.

“This is a developing thing — something to watch closely,” Hagle said.

Dietram Scheufele, a University of Wisconsin life sciences communications professor, agreed Walker’s focus on his religious background is unsurprising. According to some measures, he said, the U.S. is often seen as significantly more religious than even the most religious European countries.

To run a successful presidential campaign, all candidates must show some degree of religiosity to appeal to to the American public, Scheufele said.

Barry Burden, a UW political science professor, said this trend is especially strong for those who vote in the first rounds of GOP elections.

“He’s got to appeal to a group of evangelical, traditional conservatives who are very active in primaries and caucuses,” Burden said.

Scheufele said Walker’s religious tone would likely remain constant throughout the first stages of his campaign due to the makeup of the primary electorate, even in states not known to be particularly religious or socially conservative. In Iowa’s 2012 caucus, Scheufele said only about 10 to 15 percent of eligible voters participated.

Scheufele said this is a remarkably small proportion of the general population, with many of those who come out to primaries tending to be more extreme.

“You have an extremely small group of very invested voters showing up,” Scheufele said. “That’s not what the typical state looks like. That’s what the hardcore base looks like.”

But Burden said the campaign may change shape if Walker wins the Republican presidential nomination and moves into the general election.

“There will be a shift in tone and emphasis for sure,” Burden said.