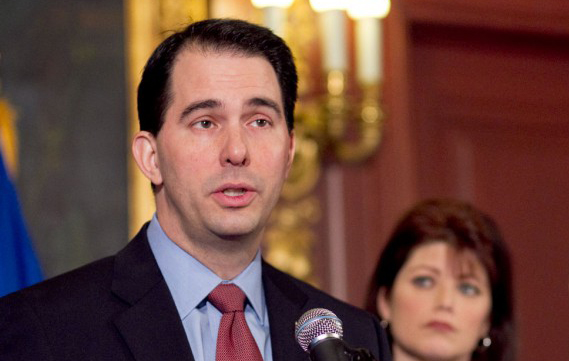 After days of speculation over the future of the University of Wisconsin System, Gov. Scott Walker announced Tuesday he wants more autonomy for the UW System along with $300 million in funding cuts and an extension of the tuition freeze.

The plans will be part of Walker’s biennial budget proposal that he will release next week, which may change significantly while the state Legislature considers it over the next few months. In a statement, Walker said the new partnership between the UW System and the state would help save money and will give the UW System more flexibility.

“The people of Wisconsin deserve a government that is more effective, more efficient and more accountable, and this plan protects the taxpayers and allows for a stronger UW System in the future,” Walker said.

Walker’s proposal would turn the UW System into a “public authority,” which would grant it more control on matters currently controlled under state law.

Yet while UW System officials welcomed the potential increase in flexibility, they raised concerns over the cuts that would come with it — $300 million over two years.

In a blog post, UW Chancellor Rebecca Blank said the cuts “would have a harmful impact on our students and their educational experience.”

“I appreciate the opportunity for additional flexibility and management efficiencies that a public authority might bring, and would work hard to implement these effectively on our campus,” Blank wrote. “It would be challenging, however, to engage in a major reorganization while also coping with a large budget cut.”

The UW System has a roughly $6 billion budget, about $1.2 billion of which came from state funds this year, according to the Legislative Fiscal Bureau. The cuts Walker proposed would amount to $150 million for the next two years.

The UW System would, however, gain flexibility on procurement and human resources, giving institutions a way to find new savings, a statement from the UW System said. The system and its campuses would have more flexibility in managing building projects and setting a fair pricing formula for each university, the statement said.

“While the Legislature will continue to have statutory oversight, public authority status allows the UW System to work with each campus to find a pricing formula that reflects the costs of each program while still ensuring affordability, access and quality,” the statement said.

Under Walker’s plan, the state would give future funding for UW System in a block grant, funded through state sales tax with increases tied to inflation.

Rep. David Murphy, R-Greenville, said the proposal could be a win-win for state residents and the UW System.

“The university has always wanted more decision making power,” Murphy said. “I think that would give them the opportunity to a better job with long-term planning. They would know going forward how things will look in the future, how things will go in the future. The other win is the taxpayers because there is quite a savings to doing that, from the taxpayers’ standpoint.”

Walker also announced he wants the Legislature to freeze in-state undergraduate tuition for two more years, on top of the freeze that came in the 2013-2015 state budget.

Yet Sen. Steve Nass, R-Whitewater, said in a statement he was concerned UW System officials would increase tuition rates substantially once the tuition freeze ends to make up for lost revenue, leaving “middle class families absolutely defenseless from potentially massive spikes in tuition and fees starting in 2017.”

“Under Gov. Walker’s proposal, Wisconsin’s world-class higher education system will feel the immense pain of Republicans’ fiscal mismanagement,” he said. “There is no doubt that the UW System’s ability to offer high-quality, affordable education will suffer.”

Some UW faculty members also expressed concerns that the quality and accessibility of education would be damaged by further budget cuts.

“The fact is that the educational experience for students here is largely a matter of having instructors to teach the courses and materials to supply the courses with and maintaining the spaces for the courses,” Petty said. “We’ve had cuts over the past 10 years or so that have already had an impact on some of these things.”