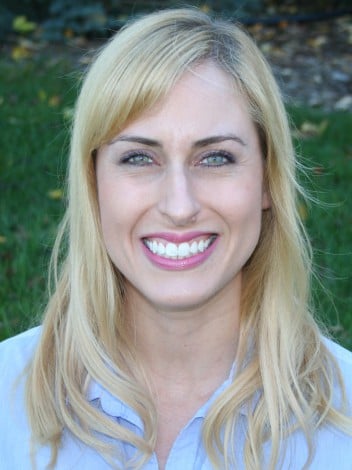 University of Wisconsin graduate Kersti Niebruegge translated her passion for learning into a profession by becoming a footage researcher for popular television stations and shows, such as Late Night with Seth Meyers.

More recently, the 33-year-old has tapped into her creative side, taking inspiration from the quirks of her home state of Wisconsin in writing her first novel.

Having written for her high school newspaper and researched for Wisconsin Public Television while studying journalism as an undergraduate at UW, Niebruegge had no intention to work directly in journalism, she said.

“I knew I always wanted to study journalism at college, but I knew I never wanted to be a journalist,” Niebruegge said. “I was just interested in studying the media and how it worked.”

After graduating from UW in 2003, Niebruegge ended up accepting a job at an investment bank in London, which she said gave her confidence to work in places and industries of which she had minimal knowledge. Even though she had not studied anything remotely related to the world of finance, the investment bank that hired her assured her that her degree was the least of its worries.

Niebruegge said her former employer told her, “As long as you have the skills we need, we can teach you to do anything.”

Because of her London experience, BBC in New York City hired her as a footage researcher. Around this time she also studied sketch writing at the Upright Citizens Brigade Training Center in New York City, which she said helped her make the move to Los Angeles to become a researcher for the new “Conan” show on TBS in 2010.

Eventually, she secured a position as a footage researcher for Late Night with Seth Meyers in January 2014 as a member of the original staff, Niebruegge said.

A Brookfield native, Niebruegge decided to try her hand at writing with her recently published young adult book, “Mistake, Wisconsin,” which takes place in a fictional town in the Northwoods.

“The perspective [from] being away from Wisconsin allowed me to call out particular things about Wisconsin in a different way,” she said. “I recognize what might be different, that a different reader might not get or see.”

According to the author’s website, the novel centers around a girl named Megan who works to prove her friends innocent after the sheriff accused them of stealing mailboxes during opening fishing season.

From lutefisk dinner at a Lutheran church to dinner at the supper club, the features that make up her fictional town are inspired from her trips to northern Wisconsin as a child, she said.

For those who want to follow in her path, Niebruegge urges hard work and cooperation.

“When you are just starting out as an intern or production assistant, become known as the person who says ‘yes’ and solves problems and does it nicely and you will make yourself valuable and will be remembered,” she said. “Don’t be the person wandering around trying to network all the time because then you’re not going to be around when someone needs help.”