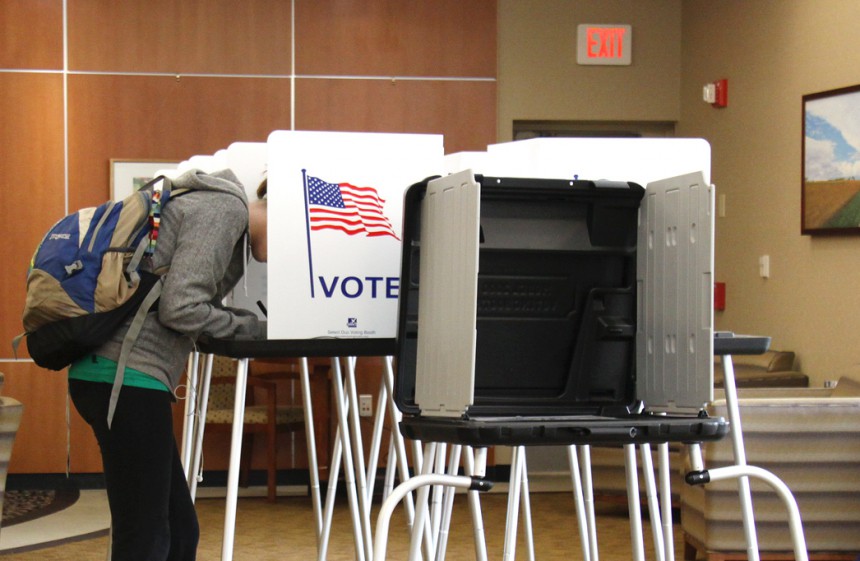 Wiscards will not make the cut for voter identification in November, but for out-of-state students at the university, there is one more caveat: Non-Wisconsin driver’s licenses won’t work either.

Campuses across the University of Wisconsin System will instead offer students special IDs they can use on Election Day, responding to a federal court ruling last week that revived the state’s voter ID law.

The Badger Herald contacted the 14 UW System institutions after last Friday’s appeals court ruling reinstating the law, which had been on hold since 2012 due to legal challenges. Ten institutions, including UW-Madison and UW Colleges, confirmed they will issue the IDs at no cost to students, as their current student IDs are not valid for voting purposes.

“That’s really great news,” United Council of UW Students Executive Director Nneka Akubeze said. “It certainly alleviates a huge burden for students who would have to travel [to the Division of Motor Vehicles]. In the case of UW-Madison, they’d have to research a bus line they’re not used to and travel further down University Avenue than they’ve traveled before.”

The current student IDs at UW-Madison and 12 other institutions cannot be used on Election Day, prompting those campuses to issue separate IDs that fit the law’s specifications.

Most UW System students have Wisconsin-issued IDs or other valid IDs like passports or military IDs, and election officials and student groups are encouraging students to use those at the polls. But thousands of UW System out-of-state students wanting to vote in Wisconsin may not have a Wisconsin ID or other types of valid photo IDs. Out-of-state driver’s licenses, for example, are not valid photo IDs under the law.

“If you do not have a Wisconsin ID, then you definitely want to go get an ID from UW-Madison,” City of Madison Clerk Maribeth Witzel-Behl said. “It’s important for students to know the ID they were issued at the beginning of the semester, that’s a perfectly good ID for all other UW purposes, but it’s not in the acceptable list for voting purposes.”

Starting next week, UW-Madison students can go to the Wiscard office at Union South to request a voter ID for free. Other UW System campuses will be making their IDs available soon, as many are finalizing the details and confirming that the IDs are consistent with the law.

But in addition to the special university-issued voter IDs, students will need to bring further documentation. That could be a tuition receipt, a letter from the university confirming enrollment or similar documents, according to the Government Accountability Board, the state agency that oversees elections.

“The important thing that students need to know is that a student ID has to be used in conjunction with another document that proves enrollment,” GAB spokesperson Reid Magney said.

A significant outreach effort is ongoing at the system level and at individual campuses to let students know of the changes. The Fair Elections Legal Network is hosting a student voting webinar Thursday at noon that some UW System campuses have publicized.

Still, opponents of the voter ID law, including the American Civil Liberties Union, continue to raise concerns. Kristin Hansen, the development director at the ACLU of Wisconsin, which sued against the voter ID law, said with less than 50 days until Election Day, outreach efforts might not reach some students.

“Students who need to get a separate ID in order to vote are going to be able to go and do that,” Hansen said. “However, that still makes you wonder, ‘Are you sure we’re reaching every student who wants to vote? Is there going to be some confusion?’ I fear what we’re going to find is a lot of people who show up to vote thinking they have done everything they need to do, and it’s not good enough, and it’s too late on the day of the election.”

If students do not show the proper ID on Election Day, their ballots will be counted as provisional. That means for their vote to count, they would need to return to the clerk’s office by the Friday after the Nov. 4 election with the right documents — which the city clerk said rarely happens.

Laurel Patrick, a spokesperson for Gov. Scott Walker, said in an email to The Badger Herald that the appeals court ruling was a “win for the electoral process and voters of Wisconsin.”

“Voter ID is a common sense reform that protects the integrity of our voting process,” she said. “It’s important that voters have confidence in the system. The ruling makes it easier to vote and harder to cheat.”

Villa, the UW System spokesperson, noted campuses already provided IDs in February 2012, the only election since the law passed that it has been in place.

More information for UW-Madison students is available at http://uc.wisc.edu/vote/.