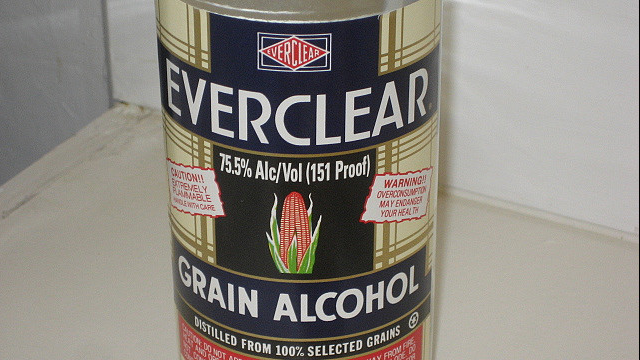 Students may run into some obstacles with their wop and Jungle Juice-themed parties if a bill to ban all sale, consumption and possession of high proof alcohols such as Everclear gains traction.

Rep. Terese Berceau, D-Madison, is looking for co-sponsors for a bill that would make all liquor containing 80 percent or more alcohol by volume or 160 proof illegal, citing the increasing number of students who are forced to go to detox due to overconsumption and the rates of sexual assault.

There are currently 14 states that ban the sale of everclear and Wisconsin should to be the 15th, Berceau said.

She said the purpose of the bill is to educate and spread awareness of the dangers that come with consuming high volume alcohols.

“I think it’s been a challenge for a long time to get students to understand the dangers of high levels of alcohol use,” Berceau said.  “I think that most students think of it as just partying as opposed to life threatening and the other big issue on campuses has been an issue of sexual assault, non-consensual sex and knowing that a lot of it isn’t even reported.”

Berceau said states are becoming aware of the dangers associated with drinking high proof alcohols and there is “no purpose” to be drinking high volume alcohol drinks.

“The number of kids who have to be taken to a detox center has increased, but in particular the danger it poses that people do not understand the level of intoxication you get to very quickly would be from high alcohol drinks,” Berceau said.

She said the bill has not seen much support yet, adding that the Wisconsin Tavern League and the alcohol industry are likely to lobby against the legislation. Nonetheless, Burceau said the importance of the bill is to educate.

Marc Lovicott, spokesperson for the University of Wisconsin Police Department, said UWPD is in support of the bill.

“Overall, we would support any law or bill that increases public safety. As you and others on campus may have seen in the last few months, we have been dealing with extremely high intoxication levels, 0.30 [blood alcohol content levels] and higher, which are dangerously high, almost deadly,” Lovicott said.

High alcohol consumption has been a problem on campuses for years and the toxicity levels to many student is unknown, Berceau said.

Berceau said students are more concerned with consuming higher volumes of alcohol for quicker intoxication without thinking of the possible outcomes.

“A 120-pound woman with one shot of 160 proof can put her over the legal limit and I think it’s two shots, she could be very ill,” she said.  “There’s no real social purpose for this other than to get stinking drunk to the possible level of death.”

ASM Legislative Affairs Vice Chair Morgan Rae said the bill is currently not a topic the student government is focusing on.

Berceau’s bill will circulate for co-sponsorship until Wednesday, Dec. 4 .