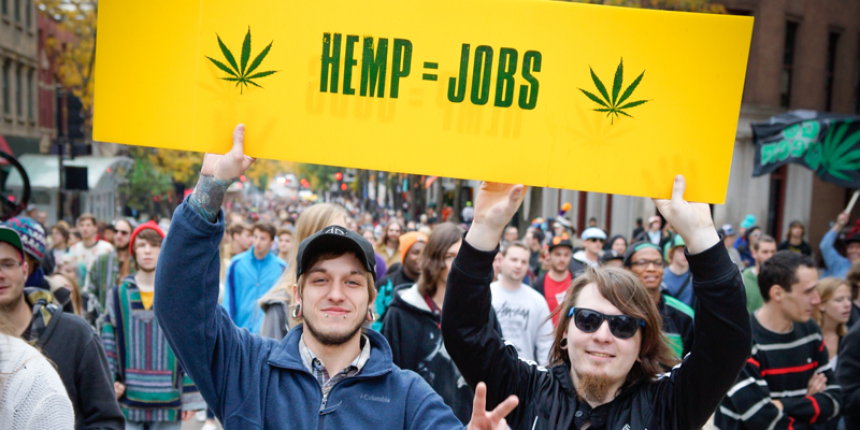 After two failed attempts, two Wisconsin legislators reintroduced a bill to make Wisconsin the 21st state in the country to legalize medical marijuana.

The bill, introduced by Sen. Jon Erpenbach, D-Middleton, and Rep. Chris Taylor, D-Madison, provides legal protection to medical cannabis users, along with legal protection for testers and prescribing physicians of the medicine.

“Some of the language, including a provision about edibles, brings it more in line with other bills around the country,” Gary Storck, Is My Medicine Legal Yet? spokesperson, said.

While the bill would legalize medical cannabis in Wisconsin, supporters of the bill were adamant that its passage would not lead Wisconsin down a path to legalization of marijuana in the state.

Julie Laundrie, spokesperson for Erpenbach said the goal of the bill is to help patients and doctors who believe in medical cannabis as a treatment for a variety of conditions.

Laundrie added the Legislature is far behind the public on this issue.

According to a May 2013 Fox News poll, 85 percent of Americans support the usage of medical cannabis when prescribed by a physician.

“There’s public support for this, it’s amazing,” Storck said. “If the state Legislature would listen to the people instead of lobbyists and special interests, they would’ve passed this bill a long time ago.”

Taylor addressed providing compassionate care and dignity to chronically ill patients, and even brought up Storck as a specific example of what brought about her passion for the subject.

“Rather than treating people as criminals, the bill treats them with dignity and with compassion,” Taylor said. “Hearing from patients like Gary [Storck] who have these horrible medical conditions that can be helped by using cannabis is what really got me interested in the issue.”

The bill would set up a registry and require issuance of two year medical cannabis cards via the Department of Health Services, establishing a tight procedure, Taylor said.

In September, Laundrie also said it was unlikely the bill would receive a public hearing from Vukmir, who has stated her strong opposition to marijuana usage.

“Unfortunately, our Republican colleagues have not been publicly supportive and I think it shows how out of step they are,” Taylor said. “I know some have been privately supportive but are afraid politically to come out.”

Storck said he has used cannabis for 41 years to help relieve symptoms from glaucoma, and said the introductory press conference for the bill was his 41st anniversary of his first experience with cannabis.

“Look around in your family, there’s probably somebody who uses cannabis now and there might be somebody who will need it someday,” Storck said.