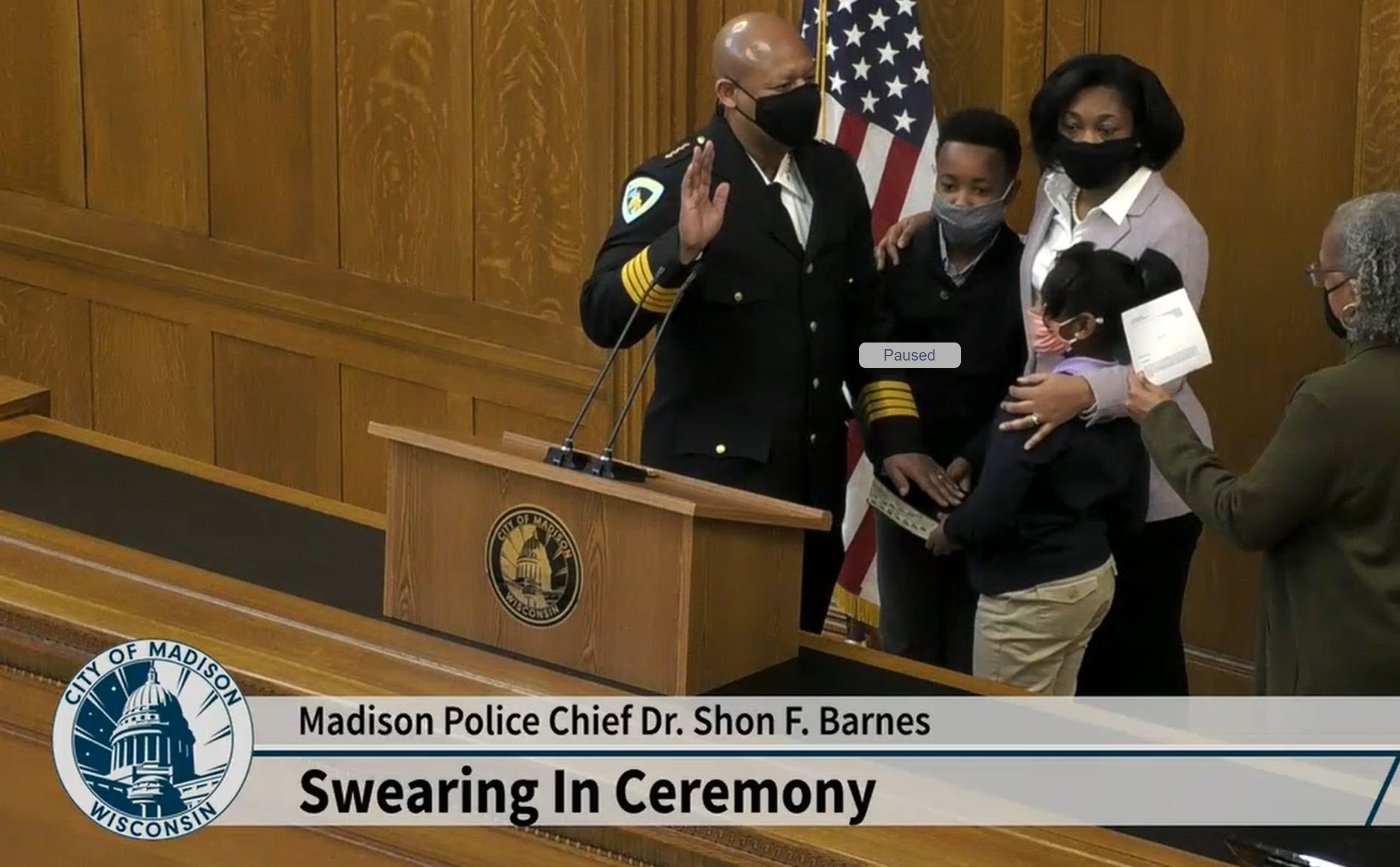 In his speech at the swearing-in ceremony, Chief Barnes outlined his blueprint for the MPD, pledging to prevent violent crime, reduce arrests for low-level offenses, protect employee wellness and engage with the community.

“This is arguably one of the most challenging times for law enforcement in history,” Barnes said. “And while some are abandoning the profession, are approaching our challenges with cynicism, I am more than ready to embrace the challenges with open arms, an open heart and, most importantly, an open mind.”

Barnes was voted in by the Police and Fire Commission in a 3–2 vote last Friday, according to the Wisconsin State Journal. Barnes began his career in law enforcement in 2000, when he first became a patrol officer for the Greensboro, North Carolina Police Department before becoming the deputy chief of policy in Salisbury, North Carolina from 2017-2020, according to the MPD website.

Salisbury’s City Manager Lane Bailey praised Barnes for instituting reforms reducing the department’s use of force, saying such incidents halved during Barnes’ tenure, according to a WKOW article.

Barnes was also the director of training and professional development for the Civilian Office of Police Accountability — an office created by the Chicago City Council to investigate accusations of police misconduct — according to the MPD website.

During his speech, Barnes encouraged community activists and members to discuss with him how the MPD should police.

“We will never move the needle in our community’s trust until we understand how the community wants to be policed,” Barnes said. “That will require all of us, coming together.”

Madison Mayor Satya Rhodes-Conway said at the ceremony she is excited to work with Barnes. She also appreciated the work of acting Police Chief Vic Wahl, who led the department during some of MPD’s toughest times in recent history.

Barnes also acknowledged Wahl, saying he looked forward to working with him and learning from him. MPD Public Information Officer Tyler Grigg said in the ceremony the MPD looks forward to beginning a new chapter with Barnes.

“We have far more in common than we do differences,” Barnes said in his closing remarks. “I am ready, I am willing and I am flat-out eager to begin this journey with you — all of you — together.”