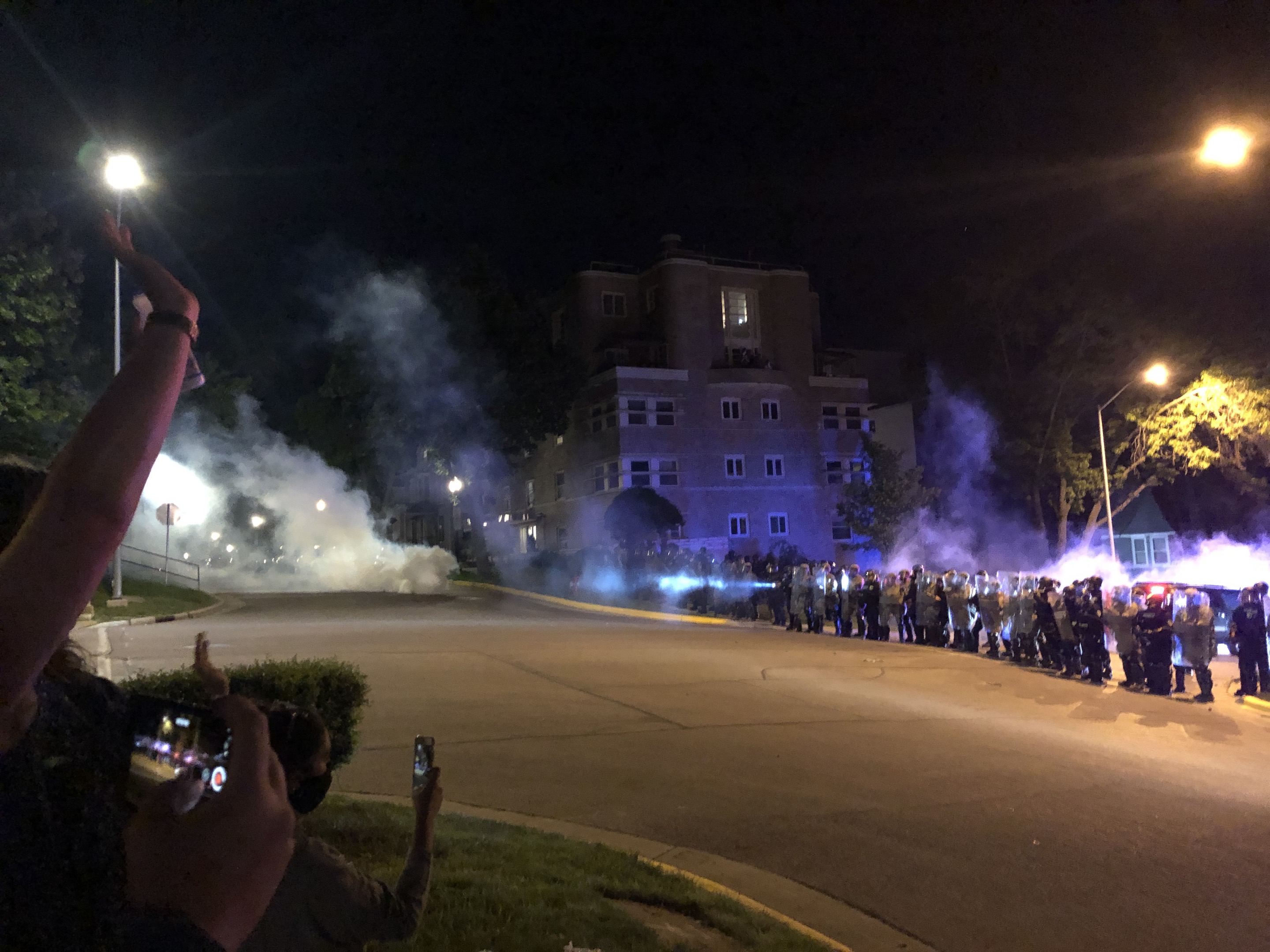 In late August, a Dane County Sheriff’s deputy reportedly shot a tear gas canister at the intersection of West Dayton Street and North Carroll Street without authorization from the Madison police command staff, prompting concerns regarding the transparency of force policies.

Sheriff Dave Mahoney told Isthmus the tear gas was fired without authorization because of an immediate threat to the safety of his deputies. City surveillance footage, however, showed protestors running in the opposite direction of law enforcement at the time when the tear gas canister was deployed. 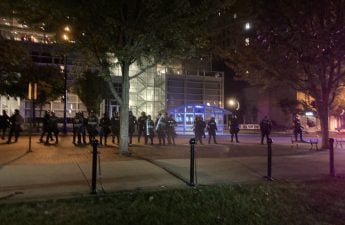 In response to the new information presented by the surveillance video, Mahoney said there was a communication breakdown, Isthmus reported. Law enforcement near the courthouse were met by projectiles, but not those on Dayton Street.

“When [tear gas was used at Dayton and Carroll] there was a lot going on and a lot of radio traffic,” Madison Police Chief Vic Wahl told Isthmus. “Likely there was never an opportunity to communicate. Just never made it up the line. I think it was just an oversight of communication.”

Dane County Board Supervisor Elena Haasl said a communication breakdown is not an adequate rationale for a tear gas canister to be shot unauthorized. Law enforcement can claim the canister was fired due to a communication breakdown because their use of force policies are not readily accessible or well-known to the citizens of Dane County, Haasl said.

“I am not interested in whatever story they’re telling about miscommunication because that wouldn’t hold up if it was a civilian or a member of the public that said, ‘It was a miscommunication that I shot someone because I wasn’t supposed to do it at x, y, z time,” Dahnweih said. “I don’t think that we should accept law enforcement shooting anything at anyone if all it does is hurt people and doesn’t solve the underlying problems.”

In addition to their use of tear gas, Dahnweih said officers obstructed protestor pathways, tackled and caged protestors in and generally used inhumane tactics.

Halfway through the height of protests, the police requested more money in order to buy a rocket launcher to send tear gas into crowds of protestors, Dahnweih said. Despite the harmful and toxic chemicals in tear gas, they claimed the launcher would be more humane.

“If we as a community are more concerned about glass being broken than youth getting chemical toxins sprayed on their bodies, when we know that the long-term effects are not good for people’s skin, eyesight and their general health, then I think we really need to reorganize our priorities,” Dahnweih said.

In September, the Madison Public Safety Review Committee recommended banning the use of tear gas by Feb. 2. They also asked the Madison Police Department to conduct a study on alternatives to its use, according to the City of Madison Legislative Information Center.

“I absolutely support the ban of tear gas,” Haasl said. “I think it’s a gross use of force against protestors, and I think it’s unnecessary.”

The recent use of tear gas against protesters has also illustrated a need for greater transparency of Dane County law enforcement’s use of force policies and broader community involvement, Haasl said.

The City Council approved a Civilian Oversight Board last month which gives local advocacy groups like Freedom, Inc. the opportunity to nominate individuals to give Madison police recommendations and to monitor their actions.

“We still do not have the power to conduct independent and concurrent investigations of the police, and we still don’t have the power to actually hire and fire the police,” Dahnweih said. “So we know that this is a good first step and that there is still more work to do in terms of getting true community control over the police.”

Freedom, Inc.’s ultimate goal is to completely dissolve and defund the police and to build a community safety network in their place, Dahnweih said.

Dahnweih said Madison’s criminal justice system most often targets Black residents, so as opposed to spending millions of dollars every year to police Black Madisonians, Danweih believes money should be reallocated into economic programs that support the well-being of Black citizens.

“Madison really needs to prioritize affordable housing for all and address the racial equity gaps,” Dahnweih said. “We’re tired of people doing marches and memorials and vigils instead of doing the things that they need to do while we’re still alive.”