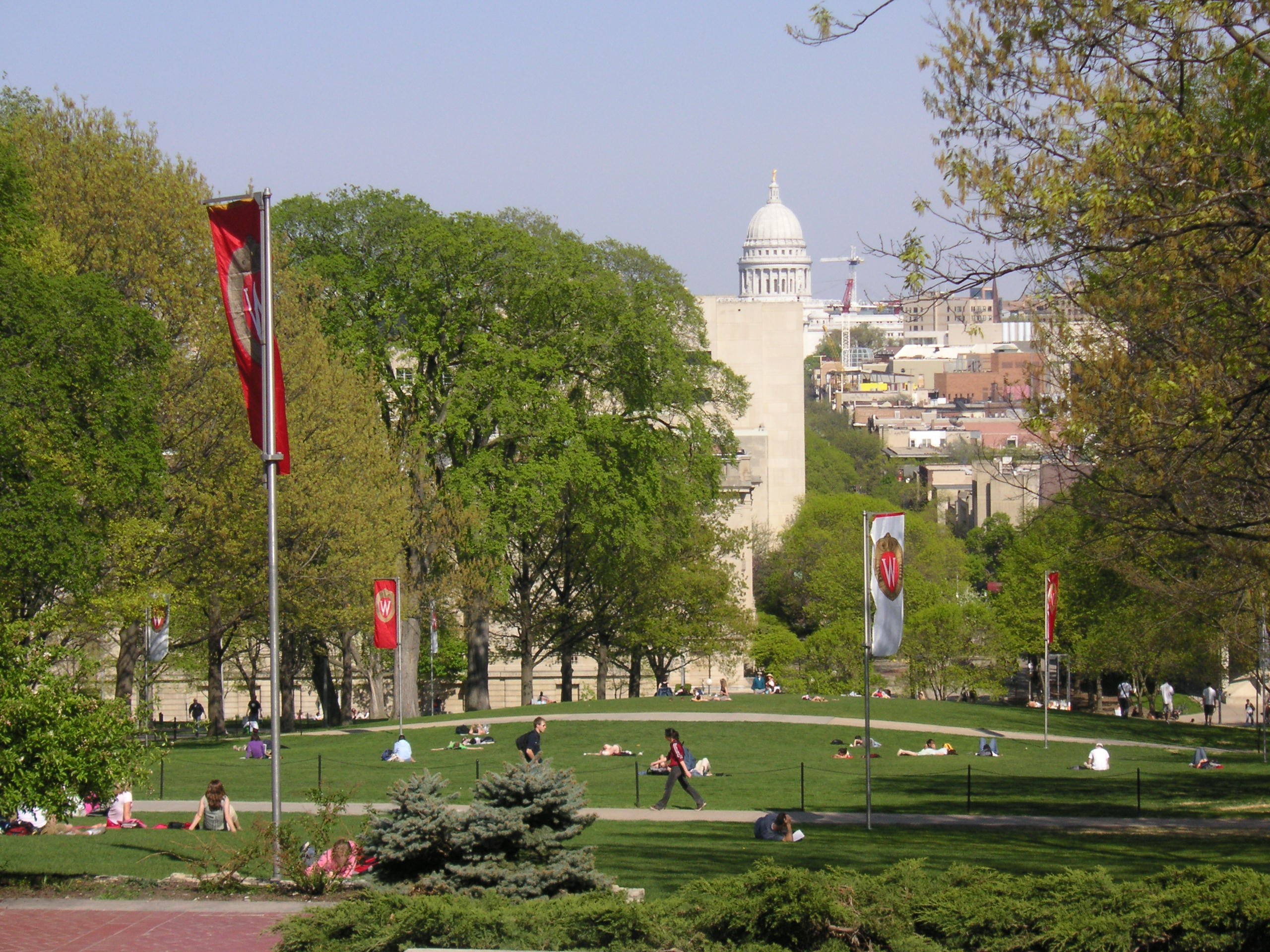 Madison sustainability efforts have grown as the University of Wisconsin revealed a new council that will create a plan to make campus more sustainable. A new committee also plans to make Dane County a more sustainable place to live and potentially save taxpayers money over time.

According to the press release, the collaborative met for the first time on Aug. 15 to gauge community interest in these types of projects. Individual municipalities have their own environmental related projects, but this collaborative is meant to bring everyone together to work towards the same goal.

County Executive Joe Parisi said the collaborative includes officials and executives from many municipalities divided into working groups under the four areas mentioned above.

The officials will gather information and ideas from their communities related to their assigned topic and reconvene in the winter. A more solid timeline of goals is expected to develop after a second meeting.

Some of the group’s main goals include reducing carbon emissions and implementing practices to help improve resiliency for extreme weather events, according to a press release from the county executive’s office.

Climate change is expected to bring more frequent severe storms and extreme temperatures, resulting in increased damage to infrastructure, threats to our lakes and waterways, challenges to agriculture, and negative health effects for both urban and rural residents of Dane County.

The budget of the potential projects isn’t a concern right now, Parisi said, and the costs will be discussed after the goals are established. Potential projects may have no cost to municipalities if they receive investors, and their successful completion can save taxpayers money over time, Parisi said.

“Energy efficiency projects usually pay for themselves within a few years,” Parisi said. “If taxpayers can spend less money on their energy bills and have that money available for services, that reduces the tax burden.”

Dane County extracts methane gas from landfills and compresses it into fuel for vehicles, and the current fleet of county vehicles are being converted to accept this alternative fuel, Parisi said. These are vehicles commissioned by Dane County for their employees.

Many municipalities are engaging in their own sustainability related projects, Parisi said. In 2017, Parisi established the Dane County Office of Energy and Climate Change and the Dane County Council on Climate Change. From 2017 to March 2019, the OECC and the DC4 worked to create a Climate Action Plan. According to the OECC website, the plan is based on science and evidence, and aims to maximize economic and health benefits, while increasing Dane County’s energy security.

UW has also been working on sustainability related projects. UW submitted its first Sustainability Tracking, Assessment and Rating System report this month, which includes the work of more than 150 staff, faculty and students who identified, compiled and reviewed data.

STARS highlights achievements, identifies opportunities for improvement and sets a baseline for future performance goals. Examples of projects include professors partnering with Madison Gas and Electric to evaluate its plan for net zero carbon electricity by 2050 and recent hires in 30 academic departments to address sustainability concepts, according to a document provided by the UW Office of Sustainability.

UW Office of Sustainability Assistant Director Nathan Jandl said the Sustainability Advisory Council and the Resiliency and Stewardship Committee are new campus groups that will be organized in the fall using the STARS data to create a sustainability strategy for UW.

“We have a long history of environmental stewardship, but STARS gives us the hard data to look at gaps and how we can improve,” Jandl said.

The UW Office of Sustainability hopes to explore a partnership with Leslie Orrantia, Jandl said. Orrantia was hired as a deputy mayor last month and will work to build regional relationships for the long-term growth and sustainability of our larger region, she said.

There has not been a partnership established with the new Sustainability Leaders Collaborative, though its work may overlap with the university’s efforts, Jandl said.

The UW Office of Sustainability is seeking to create partnerships with student groups on campus, such as the Multicultural Student Center, Jandl said. One of the Office of Sustainability’s goals is paying attention to the unequal effects on disadvantaged populations, who often take on the brunt of toxic waste and climate change.

“Sustainability is not a thing that we should associate with a certain class background, or a certain racial background or sexual orientation,” Jandl said. “It must take in everybody.”

Recent energy and water related projects completed by the UW include installing solar panels on Gordon Dining and Event Center in March and installing low-flow toilets in campus housing buildings this past spring.