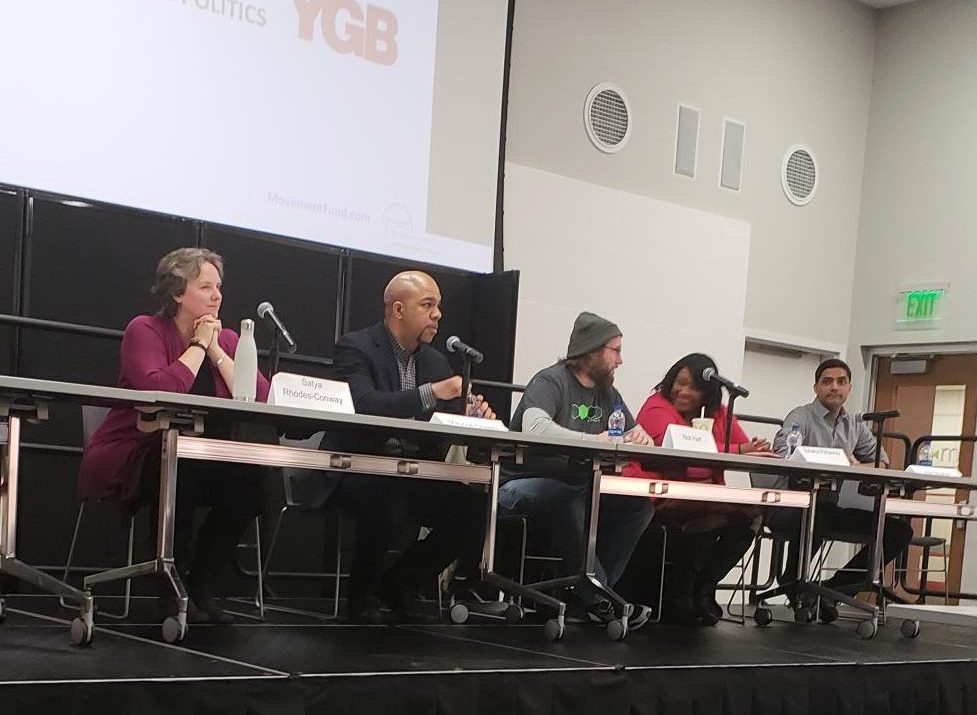 The Young, Gifted and Black Coalition held a people’s forum for the mayoral candidates running in the upcoming election Monday.

According to YGB, incumbent mayor Paul Soglin had a scheduling conflict. The candidates discussed issues ranging from racial disparities to affordable housing developments and childcare.

One question YGB raised focused around the city of Madison’s internal barriers within their own government, and what the candidates planned to do in order to break them down. Most candidates examined the topic with a racial lens.

“[We need] performance goals, measures, standards for our leaders,” Pettaway said. “That’s my job — to call out inequalities.”

Shukla mentioned that governance needed to create a “culture” of improving, and acknowledging the needs necessary to do so.

Shukla also stressed the need for accountability within the government structure, which Rhodes-Conway agreed with. Rhodes-Conway then continued to discuss institutionalized racism as an internal barrier that the city needs to address.

“It starts with showing up,” Cheeks said. “The city of Madison has inertia — a resistance to change.”

Another key question the candidates discussed was the issue of police officers being stationed in Madison public schools. Every candidate said they believed there should not be officers present in schools.

While Pettaway said she would do everything possible to take them out of schools, Shukla, Cheeks and Rhodes-Conway said that while they would push against the issue, they would ultimately leave the decision up to the school board and common council. 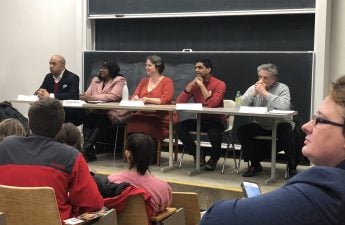 The question the candidates were most divided over, however, was about the Tree Lane housing development.

Meant for low-income and recently homeless families, the development faced controversy after Madison Police Department received more than 200 calls in just the first few months of its existence.

“We created a ghetto,” Pettaway said.

Cheeks agreed that while the ideas behind Housing First — the model behind Tree Lane — is reputable, it is often poorly executed, and it’s the job of the city to stay true to the core idea of the model: providing housing and support services.

And while Rhodes-Conway agreed that Madison could have predicted and better prepared for potential conflict, she said that the development still had merit in its existence.

“Is it better for people to be housed?” Rhodes-Conway asked. “There are too many people who are sleeping on the street tonight.”

The candidates discussed childcare and support for mothers as well. They agreed that affordable housing and support services are some of the best ways to support mothers.

Shakul said that while it is important to allocate funding for childcare, there are also ways to integrate more services into existing community structures, like libraries, so there’s no need to wait for new buildings.

The primary mayoral election is Feb. 19. The top two candidates will be put on the ballot for the general election April 2.