Six percent of student voters participated in the election. Students were able to cast their votes online March 12-14.

Spring 2010, when the Natatorium Renovation Project and the naming of Union South was on the ballot, offered the highest voter turnout with 34.5 percent of the student body participating in the election.

Since then, ASM election voter turnout has been on the decline, with the most recent spike in turnout happening in spring 2014 when the Recreational Sports Facility Referendum was on the ballot. Almost identical to turnout in 2010, this election saw 34.4 percent of student voter turnout.

In an email to The Badger Herald, newly elected School of Business representative Yogev Ben-Yitschak said he believes voter turnout is a reflection on ASM’s image as a whole.

“I think overall people don’t trust and don’t see ASM as a true representative body and this is a wake up call!” Ben-Yitschak said.

Over the next year, Ben-Yitschak hopes that ASM will make  outreach their first priority. 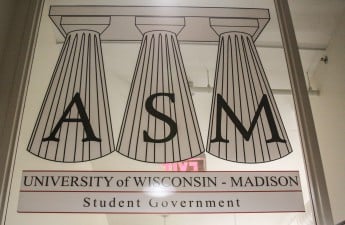 Students concerned with lack of transparency in Grant Allocations CommitteeIn the past year, there has been an uptick in Student Judiciary cases against the Associated Students of Madison Grant Read…

In this election, 33 seats were voted upon for Student Council. Students also voted for representatives for their specific college, such as the College of Letters and Science or the College of Engineering.

A referendum was passed to makes changes to the ASM constitution nondiscrimination clause.

The new representatives will be sworn into office at the May 1 Student Council meeting.

“It’s been a great election cycle,” Wehrman said. “We know how much work it takes to run a campaign.”