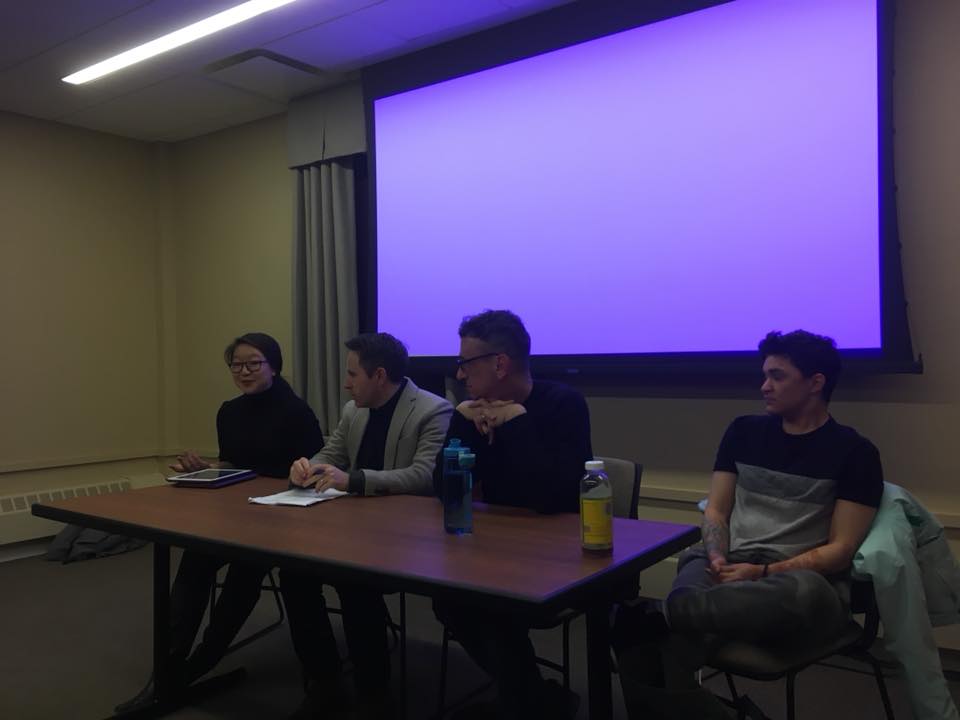 A panel comprised of University of Wisconsin graduate students and professors convened Tuesday to discuss the recent federal tax bill passed in the U.S. House and U.S. Senate this past week.

Hosted by Associated Students of Madison’s Legislative Affairs Committee, the event included several faculty members and graduate students as they answered questions about the effects of the bill and discussed possible actions to mobilize against it.

This incident isn’t isolated, Robert Asen, a professor and director of graduate studies in the UW Department of Communication Arts, said. Rather, the tax bill is only a piece of something which he identified as a larger attack on K-12 and secondary public education in the United States.

Former State Senate staffer received $75,000 in lawsuit alleging sexual harassment, discriminationRecords show $75,000 was paid in 2015 to a former lawmaker’s aide who alleged sexual harassment against her boss and Read…

Furthermore, Asen noted that ethnic, experiential and gender diversity of faculty is at risk if only a select group of people are economically stable enough to attend graduate school.

LaFollette School of Public Affairs director Donald Moynihan emphasized that a bill like this might affect the graduate school applicant pool, as many must commit to a low income status for the extensive period of four to eight years.

Wendy Li, a first year graduate student in the Dept. of Sociology, noted the implications of a bill like this would be “devastating” for her economically.

Li added her status as a single woman meant that her peers with dependents, such as a spouse or children, would be affected even more drastically.

CV Vitolo-Haddad, a graduate student in communication arts, said if further concerns aren’t covered through the university on top of these new taxes, a $15,000 income can “dwindle to nothing.” These concerns include, among other aspects, coverage for trans and non-binary individuals.

Moynihan said the bill was introduced with the intent to encourage economic development, but said it goes mostly toward eliminating inheritance taxation. This will have the opposite effect of its intention, Moynihan noted, as it will tax innovators of new ideas over those who are economically static.

Wisconsin legislator accused of kissing two women without consentTwo women have accused Rep. Josh Zepnick, D-Milwaukee, of kissing them without their consent. According to The Capital Times, the Read…

While tax policy naturally favors certain groups over others, Asen speculates that this bill specifically targets certain groups through capping or even eliminating deductions for state income taxes.

Asen said this kind of “politics of resentment” is shifting from states like Wisconsin to a more national stage.

The panelists collectively noted the importance of community and undergraduate involvement in challenging this bill, as the consequences can be expansive.

The university could potentially compensate for a bill like this by hiring fewer teachers, Asen considered, or by reducing the quality of new recruits due to lower salaries.

While these possibilities may seem daunting, the panel stressed that action can be taken. 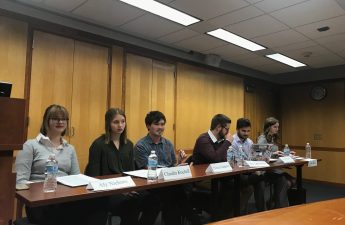 Student panel largely divided along partisan lines in its attitudes toward Board of Regents policyEditor’s note: One of the panelists, Aly Niehans, is an opinion editor for The Badger Herald. Her views are strictly her Read…

The best ways to be heard, Li said, are by calling Congressional representatives and spreading awareness of the bill’s possible effects. Moynihan challenged students to write opinion editorials in their local newspapers, especially in the Congressional districts of those representatives who voted in favor of the bill, saying this allows the author to control how their argument is framed.

Vitolo-Haddad argued for community member involvement, as they said it broadens the scope of these issues and keeps those in opposition from minimizing its importance.

“You take those parts of the script that they’re going to apply in a negative way, and you just take those away from them and replace it with something … that is about community support, about the city, about the state,” Vitolo-Haddad said.