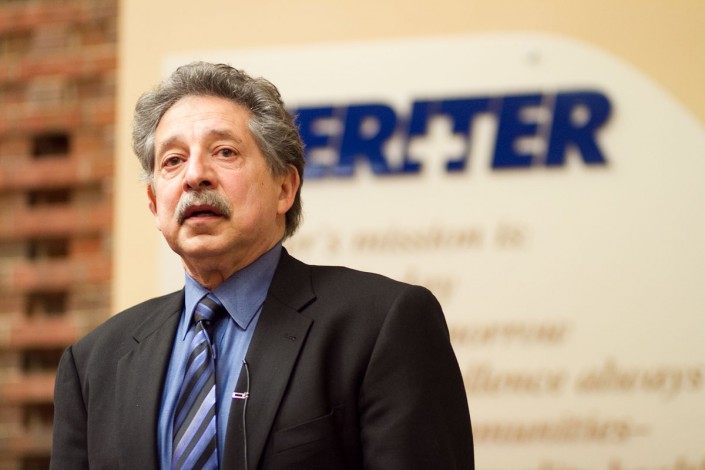 Mayor Paul Soglin plans to reintroduce his controversial ordinance that would ban individuals from sleeping on downtown sidewalks, despite Madison City Council denying the measure in September.

The proposal would have fined individuals for laying down or sleeping on public sidewalks in the central business district or any area of land with city offices between the hours of 7 a.m. and 10 p.m.

According to the proposal, the purpose was to help pedestrians have an easier time moving freely in the area as a way to help the health of business and commercial enterprises downtown.

City Council ultimately struck down the proposal 11-7 on Sept. 21.

Ald. Mike Verveer, District 4, who voted in favor of the sleeping ban, said Mayor Paul Soglin said he would reintroduce and modify the proposal after he’s waited the required amount of time, which is 90 days.

Verveer said Soglin asked the community to contact their alders about the issue. Verveer said a handful of downtown residents have already contacted him in support of the proposal.

One of the main critiques of the proposed ordinance was the “criminalizing” of the homeless population.

City Council votes down legislation to ban homeless from benches, sidewalksThe City Council voted against an ordinance Tuesday that banned sleeping on sidewalks and around downtown buildings. After passionate addresses Read…

Verveer said it was a tough issue for him since he can see both sides. He said he probably would not have voted in favor of it if it did not impact the downtown area, which he represents. He said those sleeping on the streets can make it difficult to navigate for those walking around downtown.

“We’ve had a lot of challenges at the top of State Street over the last few years, and those issues have continued to simmer unabated,” Verveer said.

Verveer said the ordinance would have been enforced by a non-criminal violation and the only penalty would have been a fine of $200 for the first offense and $500 for subsequent offenses within one year.

Ald. Zach Wood, District 8, who voted against the proposal, said there are other things that need to be done before a ban like this one could be created. He said some examples would be to create more mental health provisions and provide free public storage facilities.

“I have a blanket moral objection to prohibiting people from sleeping in a public place,” Wood said. “I don’t think it is necessarily fair or effective to require somebody to go somewhere else if you don’t have somewhere for them to go.”

Peter Miller, a professor in educational leadership and policy analysis at the University of Wisconsin, said it can be difficult to treat all people with respect while developing public policy that is appealing to the broader public.

He said there are often big reasons why people might need to sleep outside: a lack of affordable housing, jobs or alcohol and drug-related issues.

Verveer said one of the largest issues for the city was the difficulty for city employees to wash the streets.

He said with a huge congregation of people, like those in the area between Ian’s Pizza and the Wisconsin Veterans Museum at the top of State Street, the sidewalks can get dirty and trashed. He said forcing the homeless to move their belongings at 7 a.m. would allow cleaning crews to get to the sidewalks.

Verveer said it is imperative that this would only be one of many approaches to deal with some of the issues on downtown streets. He said most importantly the city should help the individuals who are homeless through affordable housing.

“It’s a tremendous shame that we have the number of homeless that we have in Madison,” Verveer said. “For every homeless person you see on State Street, there are many more in the shadows.”