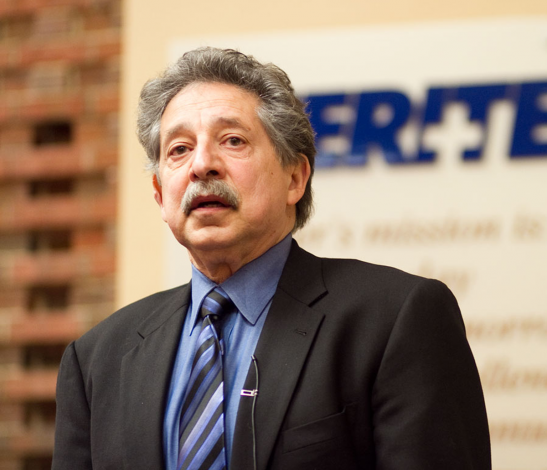 Madison residents — from panhandlers asking for money to students trying to sell car washes — would no longer be allowed to approach cars on the streets of Madison, if a city-wide restriction on entering highways is successful.

Mayor Paul Soglin proposed a ban this summer which would restrict people from entering highways for purposes other than driving or crossing the road. If violated, there would be a $30 to $300 fine. The proposal would limit all solicitation on medians and curbs along highways, effectively prohibiting panhandling in these locations.

City Council votes down legislation to ban homeless from benches, sidewalksThe City Council voted against an ordinance Tuesday that banned sleeping on sidewalks and around downtown buildings. After passionate addresses Read…

City Attorney Michael May said the main benefit to having restrictions on the medians is public safety and that the purpose is not to prevent panhandling.

But Ald. Amanda Hall, District 3, and a member of the Public Safety Review Committee, said the proposal is less about public safety and more about protecting Madison’s image. Hall said she believes the proposal is designed to keep panhandlers away from the city and drive people in need underground.

Bruce Frey, a member of the Public Safety Review Committee, said panhandling both in general and along highways is a “huge” public safety issue.

Frey said since a panhandling ban ended in January of this year, there have been more panhandlers throughout the whole city and at big mall intersections, in particular. Frey said he was driving through the East Towne Mall area and saw five or six panhandlers at every other corner.

“I don’t think we as a city are doing this homeless population any kind of favors by allowing them to be at major traffic intersections, endangering themselves and others,” Frey said.

An additional safety concern is that drivers could become distracted by people who are in the middle of streets holding signs, May said.

Hall said there is a potential safety issue when it comes to pedestrians getting close to cars, but that shouldn’t be the number one concern.

“A quick read of someone’s cardboard sign at an intersection is not really the amount of distraction that people think it is, especially when you look at it comparatively to the rest of the things we have to distract us from driving,” Hall said.

City weighing $12 million housing for homeless familiesThe city of Madison is considering a proposal that would provide affordable, permanent housing and supportive services for 45 homeless Read…

If the city was concerned about making sure drivers were not distracted, Hall said city council would launch other driving safety initiatives, like one that would ban texting while driving.

The city is currently working on a revised version of the proposal, May said. Hall said the proposal will be introduced to city council and then referred to the Public Safety Review Committee and possibly public forums and additional city committees.