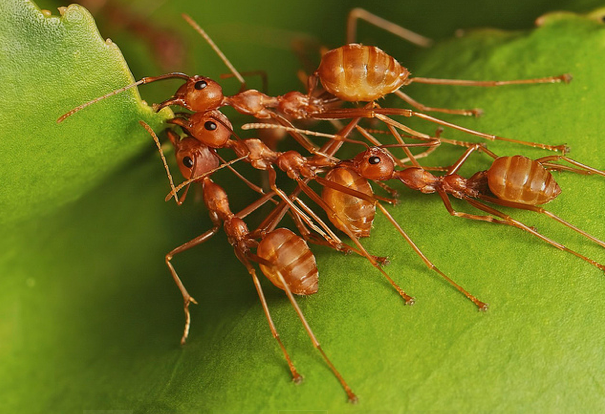 If you’re an avid reader of The Badger Herald, the University of Wisconsin’s premier student publication, I’m sure you crack open your crisp new copy of our paper or sign onto our website every week ready to consume some hard-hitting reporting, or nuanced and relevant opinion columns, or an in-depth analysis of the latest sports event. Odds are, you don’t read The Herald for our bug content.

But today, that’s going to change forever. As The Herald’s resident Bug Expert — a title earned after working in an entomology lab for six semesters — I’ve got some Insect Insights for you. Some Arthropod Analysis. Some Ento-Evaluation. Namely, today I’m going to tell you what insect you would be (in an alternate world where you’re an insect), based solely on your major. Move over horoscopes — your inner insect is the only thing you need to know.

Okay, this is easy. If you’re an engineer, you’d be one of the engineers of the insect world. A termite, of the infraorder Isoptera. Termites are pretty cool, in my humble opinion. They build incredibly intricate structures and networks, and they have a highly organized social hierarchy — and while I’m no engineering major, it seems like there’s a pretty evident social hierarchy between the engineering disciplines. Like, why does everyone hate Civil?

The other insect you might be, say, if you’re more of an electrical or computer engineer and building structures isn’t your forte, is one of the wildest insects I’ve learned about yet. The Raspberry Crazy Ant. Why does that name sound like a Four Loko flavor, you might ask? I’m gonna be honest: I don’t know. But here’s what I do now.

These little dudes will literally eat a computer. Like, they’ll gnaw through the cords and wiring until the electrical shock kills them. That’s metal AF, in my opinion. And perhaps there’s a metaphor there too. Dear computer engineer, are you going to keep sticking your head in computers until the day you die? Just a rhetorical.

This one’s easy. If you’re a comp sci major, you’re a Hercules beetle, Dynastes hercules. And no, it’s not because you’re strong and look cool. It’s because you have a really big head. Please deflate your ego. 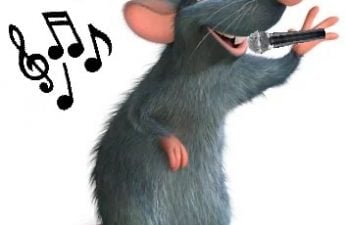 Rats of Madison: Jean Paul de RatatouilleIn an effort to broaden The Badger Herald’s student life section, I set out to interview some unique subjects we Read…

If you’re an environmental science/studies, conservation, ecology, or horticulture major, first off, hey girlie! Please wash the sticker-plastered Nalgene you’ve been using for five years. It’s getting really gross. Okay. So I think this one’s obvious. If you’re an environment-related major you’re something from the order Apidae. You know, a bee. Or a pollinator, one of your choosing. I appreciate your unyielding dedication to the environment, and let this be an encouragement that one day, you are going to save the bees. I promise.

Trying to find a bug for a business major? It’s too easy. I mean, business majors bug people all the time. So I’ve compiled a brief list. Let’s go.

Tick — because they suck

Housefly — because they’re subject to sexually transmitted diseases (like that of the Entomophthora fungi).

Assassin beetle — because if they kiss you, they might inject a toxin that kills you

If you’re a political science or economics major, I have to warn you, you’re not gonna like this. If you were an insect, you’d be a mosquito. Yep, that’s right. Everyone’s least favorite. But guess what — I’ll say you’re not Aedes aegypti, the mosquito that causes malaria, so take solace in being any mosquito that’s basically harmless, just annoying. Not one that’s actually a carrier for a global plague. But come on. Everyone in your Zoom intro to government class has to mute themself to audibly groan every time you speak in discussion because of your lukewarm takes — it’s like a constant, annoying buzz. Sorry, kiddo. Better luck next time.

If you’re in CALS, chances are you’ve actually seen the insect you are up close and personally! Have you ever been to the Microbial Sciences building? That’s a rhetorical question. Of course you have! You’re in CALS. Anyways you know those ants in the lobby by the door, that run around and go through little tubes? They’re called leaf-cutter ants, of the genus Atta.

The population in MSB is maintained by the Currie lab, which has made some pretty cool discoveries about these guys — one thing to know is that they’re farming kings! And we know how much you love farming, dear CALS major. Basically, these ants cultivate fungi that protect their “crop” — leaves that they use to build and fortify their nests — from disease. Super sick, right? I knew you’d think so. You nerd.

If you’re an english major, I’m gonna say you’d be a dragonfly. Why? I’m not really sure. They just seem iconic enough to be the kind of insect some obnoxious 18th century romantic waxes philosophical about in a poem that English majors would read. Okay, wait. I just googled ‘dragonfly poem’ and apparently I’M RIGHT, and there is a poem by some geek named Tennyson about dragonflies. Baller. I’m literally so good at this.

If you’re a history major I’m giving you one of the worst insects out there but I don’t mean it to reflect on who you are as a person (unlike in the case of poli sci majors). So, there’s this insect called Colorado Potato Beetle that mankind has been at war with for decades. Why, you ask? Because they eat our potatoes. And I’m not kidding. They eat a lot of potatoes. So many potatoes that in some parts of Europe in the 20th century they mobilized flamethrowers to try and kill these funky little dudes. Which is some pretty bonkers historical lore, that I feel like you’d appreciate. 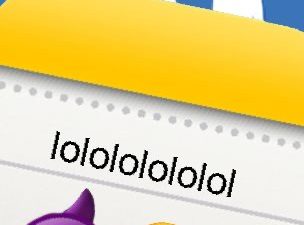 MUST READ: Banter headlines that writers were simply too uncreative to writeAt the end of the beginning of a long week, you can find me cuddled up in my peejers (also Read…

If you’re a comm arts major, I’m sorry, but I have to give you one of the most boring insects. Because I don’t know anything about comm arts except that there’s a lot of people studying it and … let’s face it … you’re kinda boring. So meet the Corn Earworm. One of the most common moths in Wisconsin, they’re small. And gray. And that’s all you need to know.

Alright, math majors! Have you showered recently? No? Maybe go do that, and once you’re done let’s talk about your insect. Alright. So for you I chose the Little Fire Ant, Wasmannia auropunctata, not because they’re cool and spit fire or something like the name suggests, but because they do math! What?! But they’re just a bug! How do they do math? Well, let me enlighten you.

When these ants are walking around, they utilize something called Fermat’s Principle to find the route with the shortest walking time between their starting and ending point. It’s like they’re following a ray of light, and choose the path that’s unobstructed, rather than the shortest distance. Does that mean they’re doing some little ant-math calculating distances and angles to figure out the best path? Probably not — they’re probably following pheromone trails that get refined over time. But that’s still cool, right?

Hopefully you’re not too offended by your insect alter ego. Hopefully it gave you some insight on your personality that you can use and reflect on in your everyday life. If you have any questions, too bad! I will not be taking questions, feedback or constructive criticism at this time. Cheers, and remember to tune in next time to Bugsfeed with your favorite newspaper editor who knows an inordinate amount about bugs but doesn’t have an outlet through which to express it because she works at a newspaper.