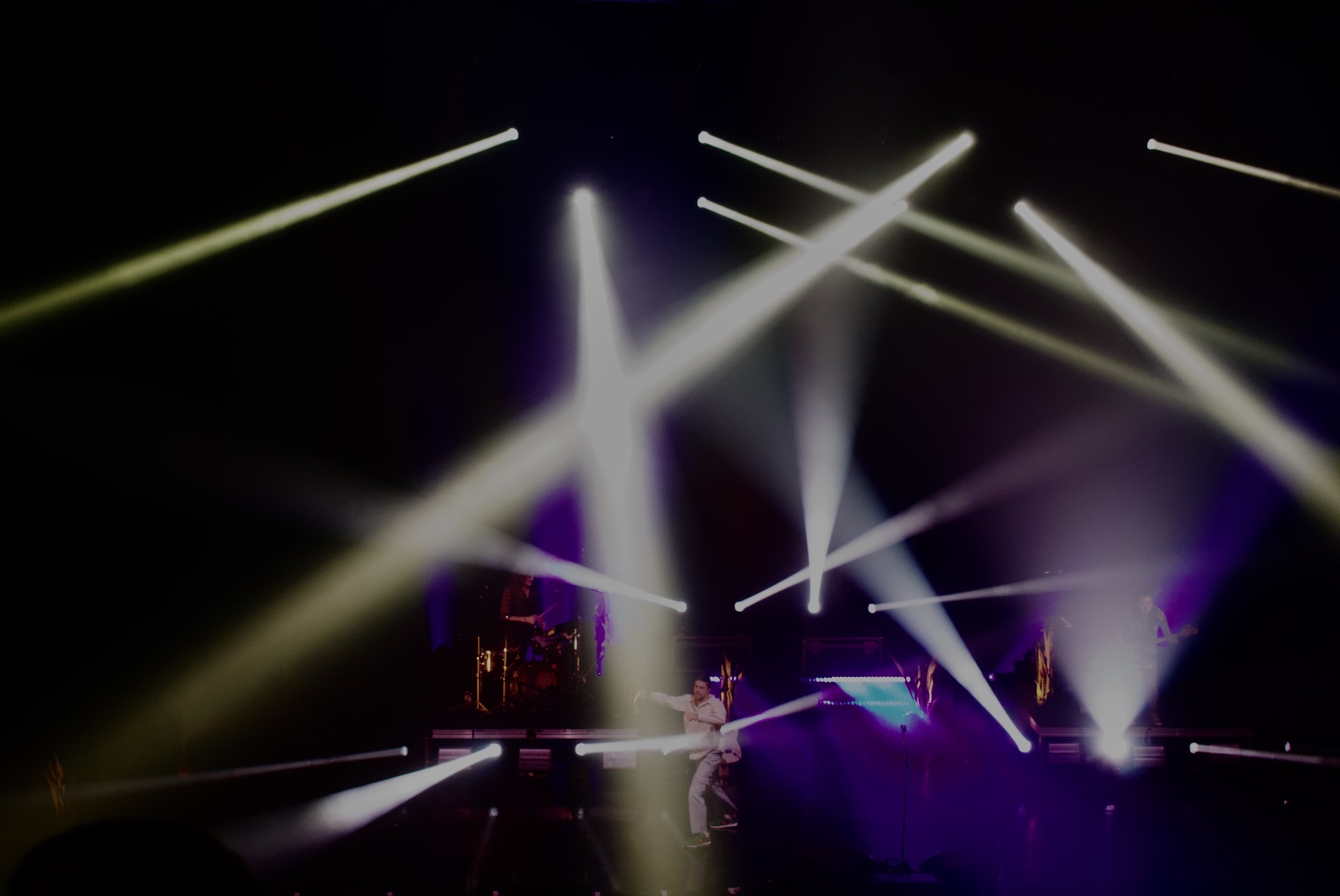 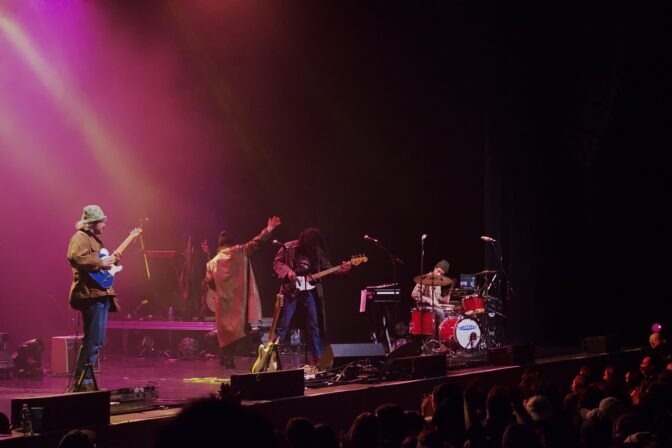 Based on her colorful and quirky music videos I was expecting Wallice to be a nicer, higher-energy Clairo. That is, I was expecting an indie-pop manic pixie dream girl to prance onto the stage and sing about love and heartbreak and all that jazz. What I got from the Still Woozy opener Sunday night at the Sylvee was that archetype’s alter ego. 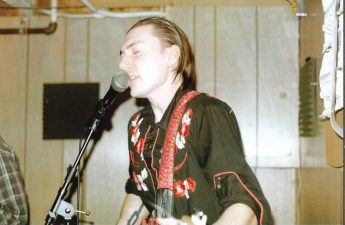 Rock the 608: Passionate student musicians find community at UWHot red and white lights pour over the audience in true Badger fashion. On stage, a performer waves at a Read…

I arrived late to the venue because the line — filled with 20-somethings dressed in BDG jeans — was wrapped around the block and then some. But when I entered, I was floored by Wallice’s presence. Dressed in a dark trench coat and black beanie, Wallice traded the bubblegum pop I had seen in her music videos for an indie grunge persona and kickass band to follow suit.

I can only assume I missed some of her bigger hits, like “Punching Bag” — a song which I would have thought was topping charts with how catchy and familiar it seemed. After some of her original works, the singer floored the audience with Nirvana’s “Heart Shaped Box,” showing she is more than just a pop princess — Wallice has range. 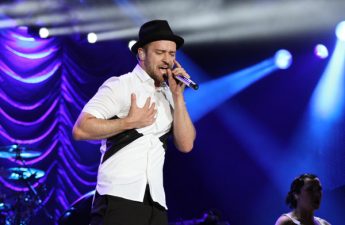 Wallice ended her performance with a few unreleased songs. My favorite — “Funeral” — is a depressing-turned-uber-catchy song. The song is not quite Phoebe Bridgers, not quite Olivia Rodrigo, but an elegant and unique in-between.

“Funeral” somehow seemed like the most true-to-pop song of the latter half of her set. A high-energy drumbeat paired with slightly cringy lyrics produces a snappy, yet edgy tune you want to bop your head to.

Perhaps I wasn’t expecting her grunginess or climactic belts, because Wallice’s persona is nothing but sweet. The singer was soft and charming between songs, conversing with the audience, singing her drummer “Happy Birthday” and thanking Still Woozy. 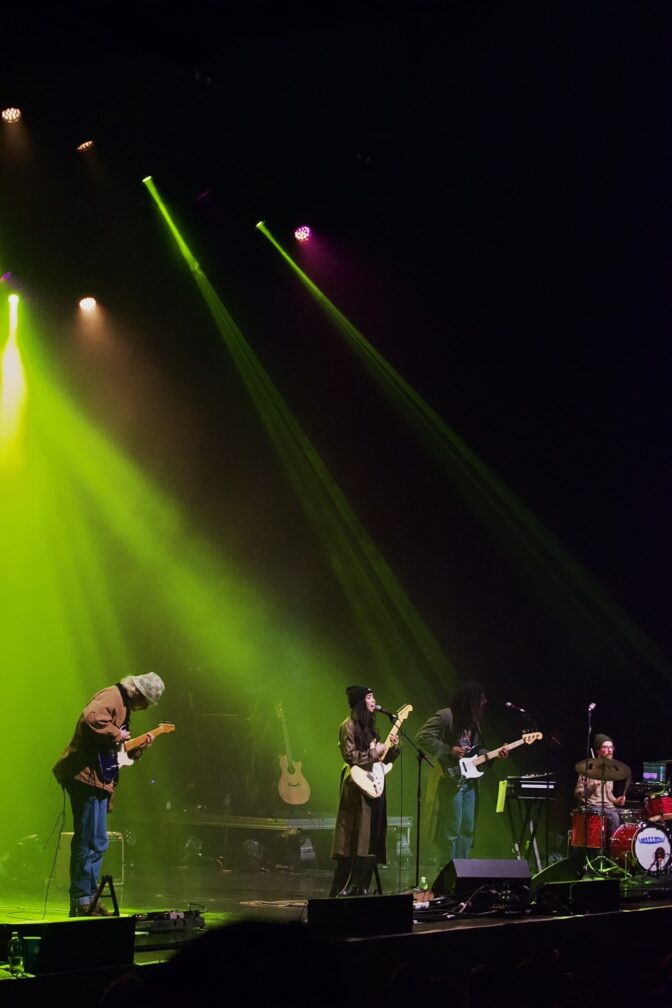 Wallice is merely 23, which makes her music and energy relatable and likable. With just under 10 streaming songs, it’s very easy to fall in love with each and every one of them. Keep an eye out for this humble icon. 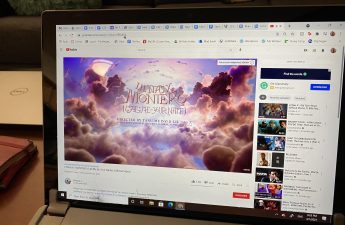 After Wallice, “Daddy Woozy” (as one of Wallice’s bandmates nicknamed him) brought incredible energy to his first national tour. With a nonstop light show and the encouragement of awkward dancing, the audience’s energy was amped.

Still Woozy, or Sven Gamsky, clearly loves jamming and … bending his knees in weird angles. In a simple T-shirt and khakis combo, I wish Woozy had brought more pop-rockstar energy to match his neon backdrop and psychedelic tunes. At times, he felt like your local Trader Joe’s cashier calmly showing off his GarageBand beats.

Regardless, Woozy’s performance didn’t disappoint. Based on the crowd alone, you can tell Still Woozy brings a unique spin to pop music. In the Sylvee alone, he catered to many different audiences. From fratty boys in golf polos to indie boys in golf polos, his ~woozy~ beats can be enjoyed by almost anyone.

At times, indie pop music can be painfully corny. I’ve been enamored with my fair share of boy bands to know. While Wallice’s sound is familiar, her intent and persona bring something new to the genre. Still Woozy — despite all of his songs sounding the same to me — still kicks ass.