For those of you who watched the College Football National Championship game, you may have noticed something slightly different about the game this year.

For the first time in a long time, the National Championship game did not feature a marching band performing a live halftime field show. One of the many changes brought about by COVID-19 in 2020 is that marching bands have been sidelined as a precautionary measure to fight COVID-19.

A game as important as the National Championship was not about to be without one of college’s greatest traditions, however, which is where the Intercollegiate Marching Band came in. 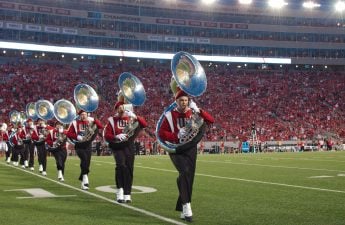 The IMB was formed by the College Band Directors National Association to bring back the spirit of college marching band during the pandemic. The newly formed organization featured over 1,500 musicians, twirlers, drum majors, color guards and other members of the college marching band community from colleges all across the U.S. and Puerto Rico in its first ever group performance.

While the group could not take part in the game in person, the IMB presented a virtual show which was broadcast at halftime during the National Championship game on the jumbotron in Hard Rock Stadium in Florida.

The group performed Beyoncé’s “End of Time” separately in individual videos which were then submitted and stitched together to create a singular performance with all musicians. The performance also featured a virtual drill animation, illustrating what the IMB would have looked like had they actually taken the field during the game.

All 14 Big Ten schools had representatives in the IMB, including Ohio State, whose football team was playing in the game. 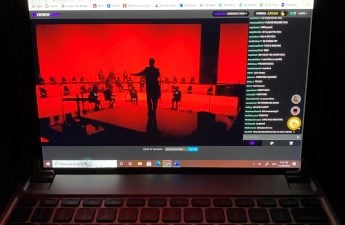 “When it comes to involvement in the IMB, every member, including myself, practiced and then recorded the halftime show tune. We also had the opportunity to join in numerous Zoom calls in preparation for the show. These calls were a wonderful chance to meet with other members from all across the country,” one of three IMB representatives from the University of Wisconsin Laura Dunnum said.

“While I wasn’t at the game, it was really incredible to see myself perform for the National Championship crowd. It was almost like an out-of-body experience. I missed being on the field, feeling the grass under my feet and experiencing the energy of the stadium while I was performing. I did get to submit a dance break video that looked really goofy, so I at least had something to smile about when I saw it,” another UW representative to the IMB Ben Kroll said. 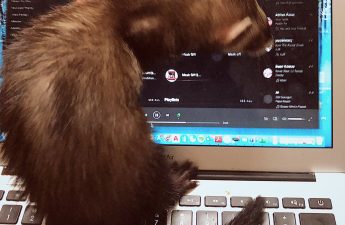 Your student guide to owning pets in collegeCollege is a place to make new friends. But, the fact that you can’t go out and socialize right now Read…

Both Dunnum and Kroll participated in the IMB fully knowing it was their final appearance as members of the UW Marching Band as each are currently in their final year at UW.

“I would have loved to have experienced a full, normal marching season. I cherish the tradition and passion that comes with each performance with the University of Wisconsin Marching Band … Being a part of the IMB game gave me the feelings that I felt when marching with our band. The tradition aspect was not there, but it was great to perform with other musicians that were dedicated to putting on a show like we had before,” Kroll said on this being his final collegiate marching performance.

“This opportunity was really special to me as a senior because it was the only performance I was able to have this past year,” Dunnum said. “Though it was virtual, it was still extremely important to me because I was able to play music to an audience again.”

Though the curtain has fallen on this installment of the IMB, future opportunities to perform are never out of the question as the IMB will continue its mission of uniting marching bands until the day they can all safely return to stadiums everywhere.