November is Native American Heritage Month, and a group of organizations on campus have come together to showcase the First Nations of Wisconsin on the big screen. Our Shared Future, Wisconsin Union Directorate Film and WUD Distinguished Lecture Series are presenting Wisconsin Public Television’s “Tribal Histories” documentary series at the Marquee in Union South throughout November.

The series is divided into 12 30-minute programs, one for each of the 12 American Indian tribes and bands within Wisconsin. Two programs will be shown at a time in Union South over six screenings. Two screenings already occurred last week, with the four remaining scheduled to start again next week Monday. 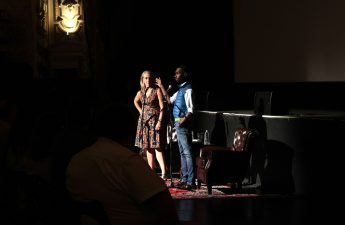 Activist, author Deray McKesson comes to Orpheum Theater for deep discussion with Piper KermanAs I walked into the Orpheum Theater Thursday evening, I was handed a note card with the statement, “What does Read…

Various efforts to recognize First Nations people and their sacred land that both the University of Wisconsin and the state at large reside upon have occurred the past few months. Our Shared Future, an initiative to recognize the Ho-Chunk Nation and how UW occupies their land, recently dedicated a heritage marker that has been touring campus.

The idea to show “Tribal Histories” began due to previous collaborations between the Distinguished Lecture Series and Our Shared Future. The two organizations put on a lecture in September featuring Samantha Skenandore, a tribal law expert and Ho-Chunk Nation member. Kari Fischer, the current director of the DLS student organization, saw the lecture as a large success.

In follow-up meetings between the two groups, Fischer first heard about the WPT series from Bird Bear.

“They didn’t exactly have a location for them,” Fischer said. “That’s something as a WUD committee we had access to, WUD Film and the Marquee, and we thought it would be a great location for students, community members and faculty to come and really see these histories and what is happening around Wisconsin today with these tribes.” 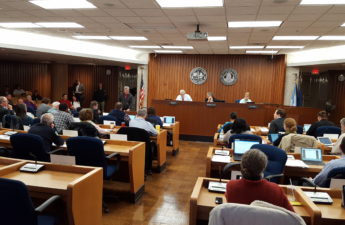 The programs feature representatives from Wisconsin’s 12 tribes and bands recounting their oral history from pre-history to the present. These storytellers share their tribe’s language, spiritual creation stories, their history of oppression from European settlers and modern efforts to reclaim their land and culture.

Every speaker was recorded next to an important body of water to each tribe, such as the shoreline of Lake Superior for the Red Cliff Ojibwe or the banks of the Wolf River for the Menominee.

Liam Granlund, the current director for WUD Film Committee, was approached by Fischer about airing the twelve-part series.

Granlund found it important to bring the “Tribal Histories” series to the Marquee. “One of the biggest things I wanted to bring in as director of the film committee for this year is an accepting of more communities and a more diverse list of programming,” Granlund said.

WUD Film has done similar partnerships with ethnic communities on campus, such as the Taiwanese Film Festival and the Polish Film Festival, but none in recent history with First Nations.

“I wouldn’t mind if we did something like this every year,” Granlund said. “It’s definitely something that I don’t want to miss ever again, so I’m hoping that I can pass that on to the next director after me.” 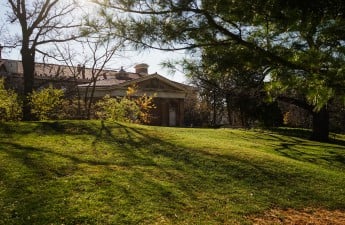 Audience members at the first screenings came for a variety of reasons, though in general to better their understanding of Wisconsin’s First Nations. Rachel Marik, a student at the UW School of Medicine and Public Health, saw it as an opportunity to be more well-informed about the communities she hopes to work in.

“I am interested in one day being a doctor for an Indian Health Services facility so I’m always looking to know specifically more about Wisconsin native culture,” Marik said.

Marianne Ewig, a worker at the UW Arboretum, is trying to gain a better familiarity with First Nations in order to more accurately portray their history to school groups at the Arboretum.

Ewig was impressed by the screenings and stressed their importance. “While it’s not my specific heritage I think it’s the heritage of our country,” Ewig said.

Both audience members and the student directors who brought “Tribal Histories” to the Union agree showing this series is an opening for more conversations and action, but more needs to be done.

“Stuff like this is a good first step,” Granlund said. “This does not right the wrongs of what we did, but instead helps it be more well-known and helps us understand what went down. … I think its super important to move forward and take this opportunity for learning and be more collaborative with the First Nations on campus.”