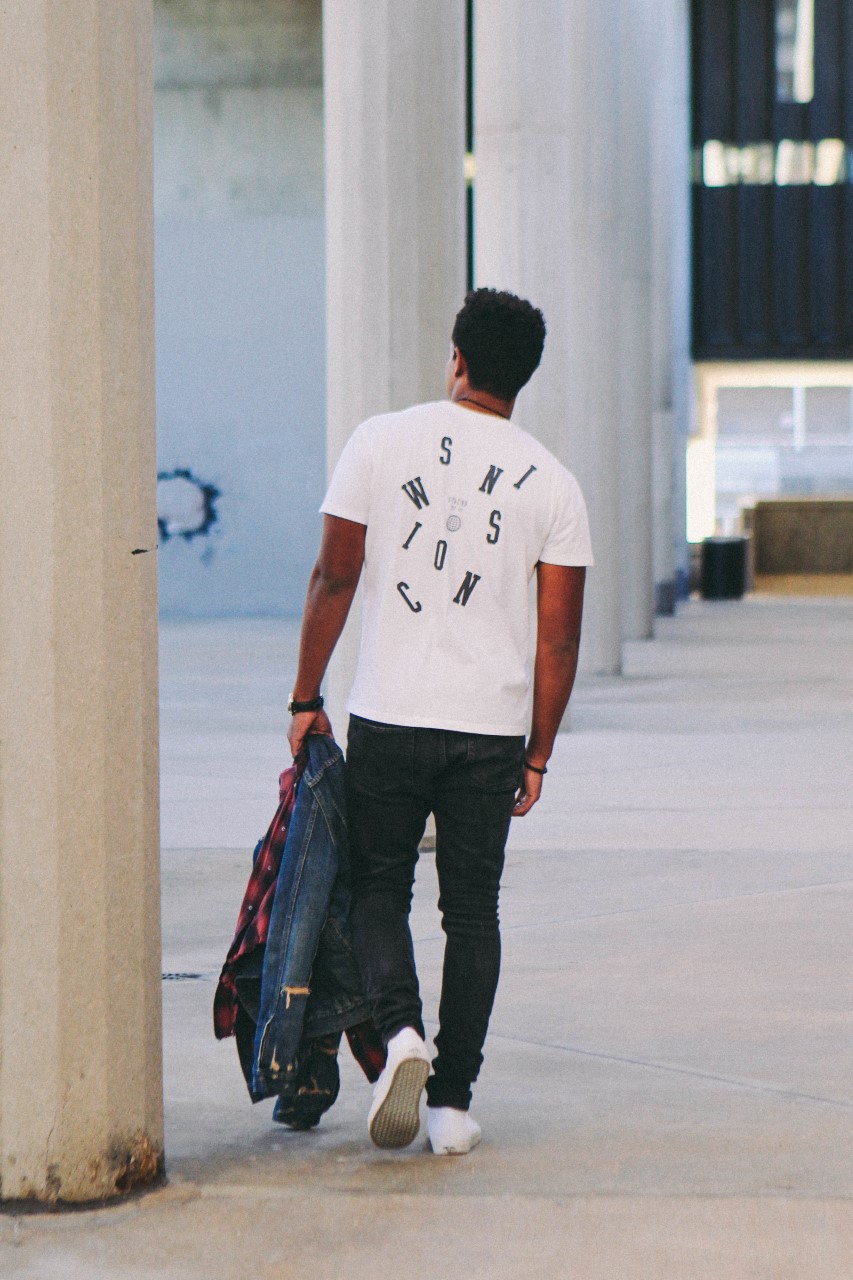 Dreaming big, believing in yourself, staying optimistic and practicing gratitude are four simple things about our attitude that we can control in light of difficult circumstances. Translating that belief, that optimism, those dreams and that gratitude into some tangible reality is the courageous next step many people fail to take.

Antonio, or Tony, Sanchez is a University of Wisconsin senior, majoring in economics and entrepreneurship. He is also the co-founder of the fashion business, Staz Industries.

“I look at how far I have come, what I’ve done and tell myself ‘I got this,'” Tony Sanchez said. “And I always always always say there is a solution to everything no matter what. I always tell myself that, I live by that every single day. There is no reason to be stressed, even if something horrible happens there is a solution, and there are always worse off things.”

Grainger Hall is slowly disappearing before our very eyes thanks to one committed seniorSometime around the polar vortex the and the floodings of the Chemistry building and Vilas Hall, a Facebook page was Read…

With a keen eye for fashion and an ever-developing taste and passion for it since middle school, it was only a matter of time before something tangible came of it for Sanchez.

Staz Industries was born between Sanchez and his best friend and co-founder, Rafael Robles, and it became officially registered as an LLC in high school after Sanchez applied for and won a business-owners scholarship. Staz is more than just a slick line of fashion, though, it’s an extension of Sanchez’s core values, which have been shaped by his upbringing, as well as a product of his determination. Sanchez’s story begins long before Staz Industries was born.

Sanchez is a Wisconsin native who primarily grew up in Waukesha, but he was forced to move around quite a bit, including stints in Brookfield and later Pewaukee.

“Well, I grew up with no father figure and a single mom, we struggled growing up, we didn’t really have much money,” Sanchez said.

Though difficult for many to talk about, Sanchez does not shy away from discussing his struggles as a child because he has the frame of mind to use his past as a tool for motivation.

“A lot of people get sad about it, but I am appreciative of the way I grew up because it makes me work hard in life,” Sanchez said. “I kind of had to grow up earlier than some people, and I never want to be there again so that’s something that motivates me.” 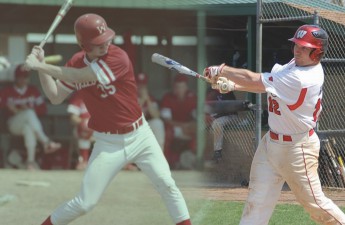 In addition to fighting through financial troubles, as a child of Mexican and black descent, Saanchez was bullied and became insecure because of his race. It was his interest in fashion that helped him develop more confidence in middle school.

Sanchez recalled his first inkling for fashion came in the form of a pair of shoes.

“I had these blue Adidas high top shoes,” Sanchez said. “They were really slick. The tongue was huge, not like Osirises because I wasn’t touching those, but I wore those Adidas as much as I could.”

Sanchez wanted to make sure he wouldn’t be teased for any reason.

“I didn’t want the kids at school to be like, ‘Oh, Tony, poor kid,’ so I balled out with my outfits,” Sanchez said.

When Sanchez got to high school however, he really learned to “express rather than be ashamed,” in part because of kicking for the football team.

“It was the worst feeling I’ve ever had,” Sanchez said. “So then I basically grinded, practicing every day, staying late after practice, even when it snowed I shoveled off the football fields to kick in the winter.”

Those days working hard in the winter paid off because Sanchez rose to be one of the top kickers in the state as an upperclassman, and he started gaining interest in walk-on spots at renowned D1 programs like LSU and UW.

Sanchez ultimately opted to go the academic route where scholarship money was on the table. Sanchez took life-long memories away from his kicking career as well as a very valuable lesson, he said.

“It just shows that you can do anything if you really put your mind to it and grind,” Sanchez said. 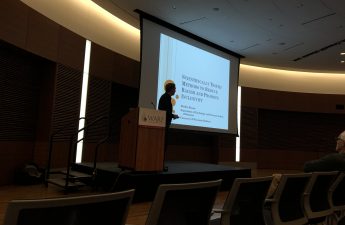 These life experiences are rooted in Sanchez, and that determined football mentality helped him develop Staz with meaningful intent.

“So in the very beginning it was kind of basic,” Sanchez said. “Staz symbolized stars and stars represent the future, which we would strive to change for the better as a company. The company is all about promoting unity through diversity.”

The phrase “unity through diversity” has essentially become the company’s tagline, and this phrase is featured on one of the two shirts released from the Paris Collection, inspired by Sanchez’s trip abroad to Paris last spring.

“I have always hung out with a lot of different people,” Sanchez said. “Unity through diversity is about, in a world where racial tension tends to act as a divider, we have this on my website, it’s hard to see the beauty in our differences and the unity in our diversity. I think that’s the most well-put description of our company as a whole.”

Sanchez is ambitious about his future and said he goes for the gold because he will not let his upbringing repeat in his future.

“I want to go into business because I like the high-risk, high-reward type deal more than a stable job,” Sanchez said. “Ever since middle school I’m like, ‘I’m going to grow up and be a millionaire.’ I’ve promised that to this day.” 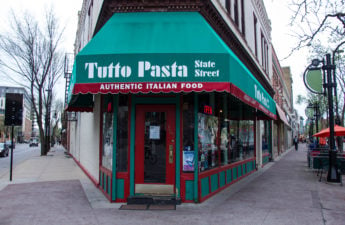 As for the future of Staz, Sanchez and Robles have recently decided to fully commit to their company and see how far they can take it.

“I want to go 100 percent this senior year and see how it goes is what I’ve been thinking,” Sanchez said. “If it does well enough where I can see myself fully pursuing it after college, that would be super awesome, that would be ideal.”

Virgil Abloh and Grant Cardone are Sanchez’s biggest influences, and they teach him to dream big for himself and for Staz, he said.

“I watch a lot of successful people and how they got there,” Sanchez said. “Everyone has their own story, I just kind of get ideas and put them all together in my own way.”

Sanchez has embedded some of the primary ingredients of a business mogul into his character.

“Staying clean — myself and my bedroom, the way my backpack is set up,” Sanchez said. “I think organization is huge in life and part of being successful, and it’s appealing. If you’re in a clean room, they say, like, dress well, test well. If my bedroom is clean, I feel like I study better there. If I’m dressed well, I feel more confident.”

As ambitious as Sanchez is, he also remembers to stay grounded and grateful for how far he has come with everything.

“I’m grateful that I can do these kinds of things in this country and at this university, it’s kind of crazy how we are here,” Sanchez said. “There are so many other people in this world that would do anything for what we have here, even sitting here eating this really good pizza. You take things for granted like getting a driver’s license or having college as an option.”

That last part is an ode to his best friend, Rafael Robles, a native to Mexico who just recently got his documents to get a driver’s license and finally attend college.

In five years, if Staz Industries does not pan out, Sanchez sees himself owning a business or at least in the process of starting one. He has command over his goals and his persona, so why shouldn’t he have command over a big-time business one day?