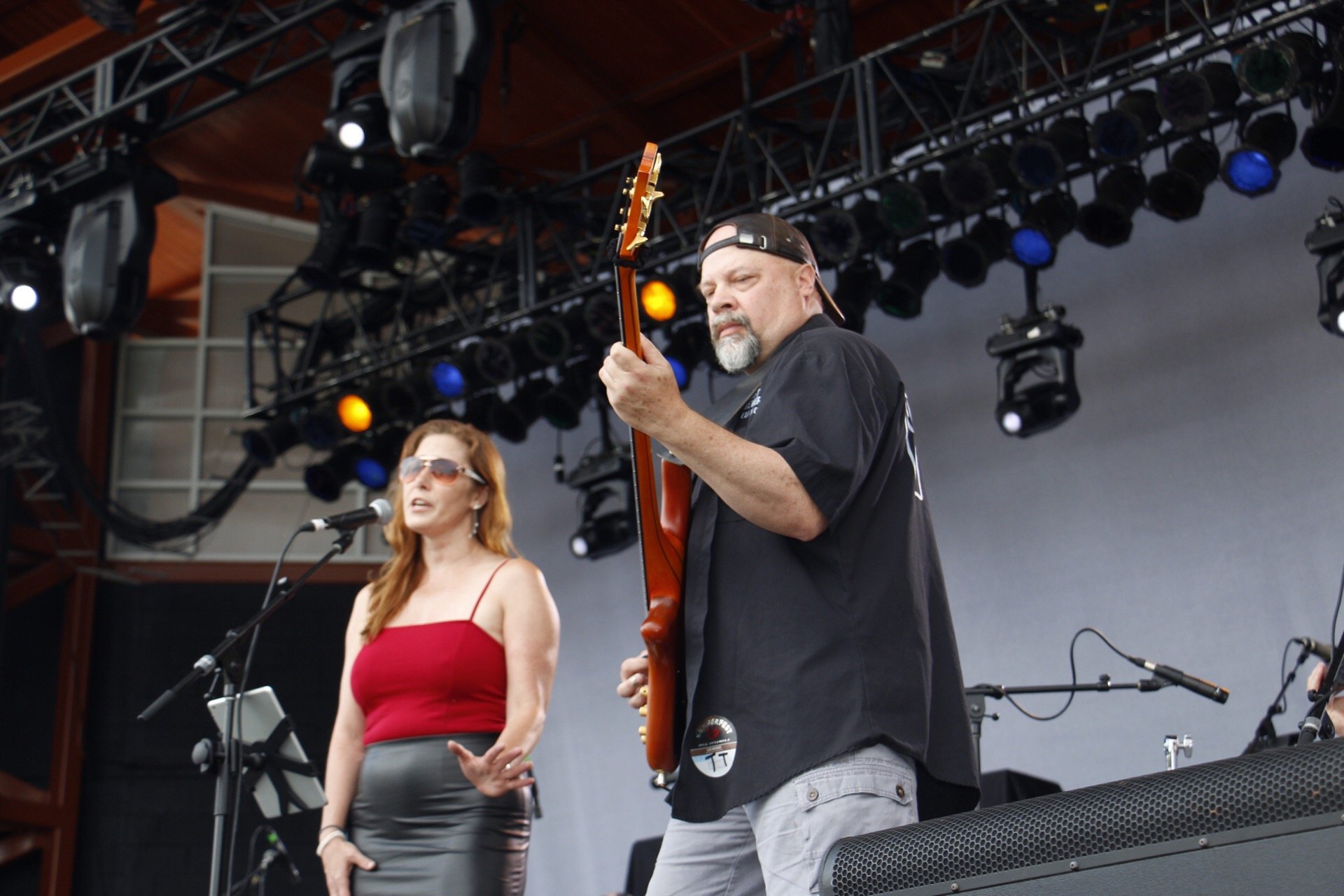 McLeod rocks on stage while performing with his band, Tent Show Troubadours.
Courtesy of Aidan McLeod

University of Wisconsin has plenty of talented students and alumni, yet not much attention is given to faculty. Tuesday, a professor at the university was in the spotlight on stage at Summerfest in Milwaukee.

Doug McLeod, Evjue Centennial Professor in the School of Journalism and Mass Communication, just finished teaching his Sports Marketing Communication course before educating the Summerfest crowd how to rock. Yes, that’s correct, McLeod is the co-founder and bass guitarist of Tent Show Troubadours. The quartet McLeod plays with opened for Young the Giant at the Uline Warehouse Stage.

The band is known for their originals, but their covers are what get the crowd engaged.

“We have to ramp up more covers since we’re playing the Packers tailgate at Lambeau Field,” McLeod said. 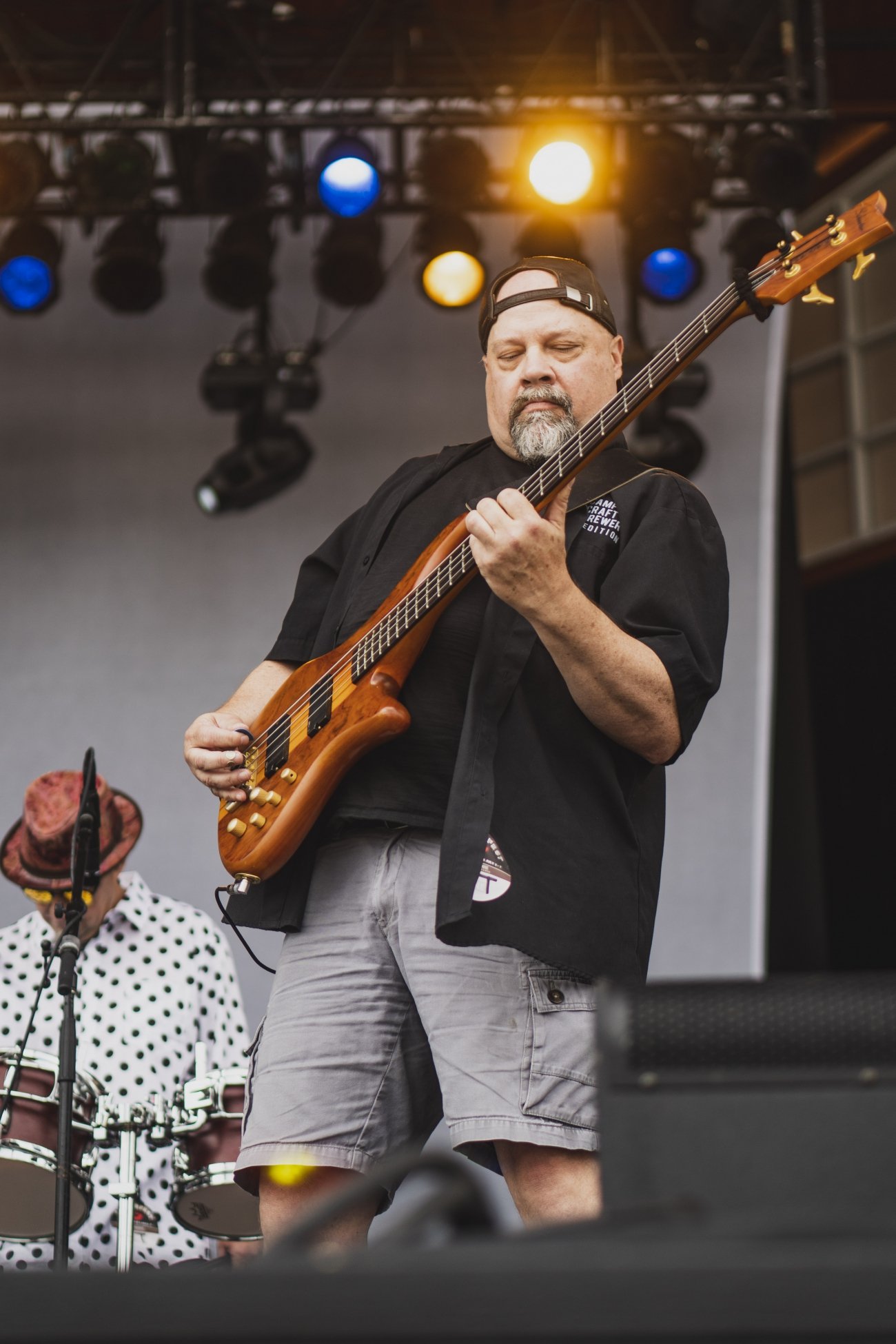 Knowing Summerfest isn’t the only Big Gig the Tent Show Troubadours makes their story that much more impressive. Their song “Accident Waiting to Happen” is based on how the band got together.

McLeod’s first band in Wisconsin was “The Blameshifters,” but TST was first “The Baldones” when McLeod and company met through various forms of strategic communications work. Fellow co-founder Bob Hoot (guitar, vocals) is a graphic designer, while Tim Walsh (guitar) is a former advisor with the University of Wisconsin and Tom Pietras (drums) holds a marketing position with American Family Insurance. The youngest member of the group, Ben Lokuta, is a percussionist and student at the Berkley School of Music. The lone woman of the group, Jenniper Hylbert, is a middle school teacher for Middleton Public Schools, just a few minutes outside of Madison.

In 2009, McLeod and his partner were raising their third child, an infant by the name of Aidan. McLeod was performing shows with “The Blameshifters” on the weekends, smelling like the cigarettes from the bars he performed for. Getting handed off his kid when he got home late from performances, McLeod was tired, watching World Cup matches that were on from overseas in China to stay awake. Once the soccer matches concluded, McLeod realized he couldn’t be a full-time dad and a full-time rock performer. 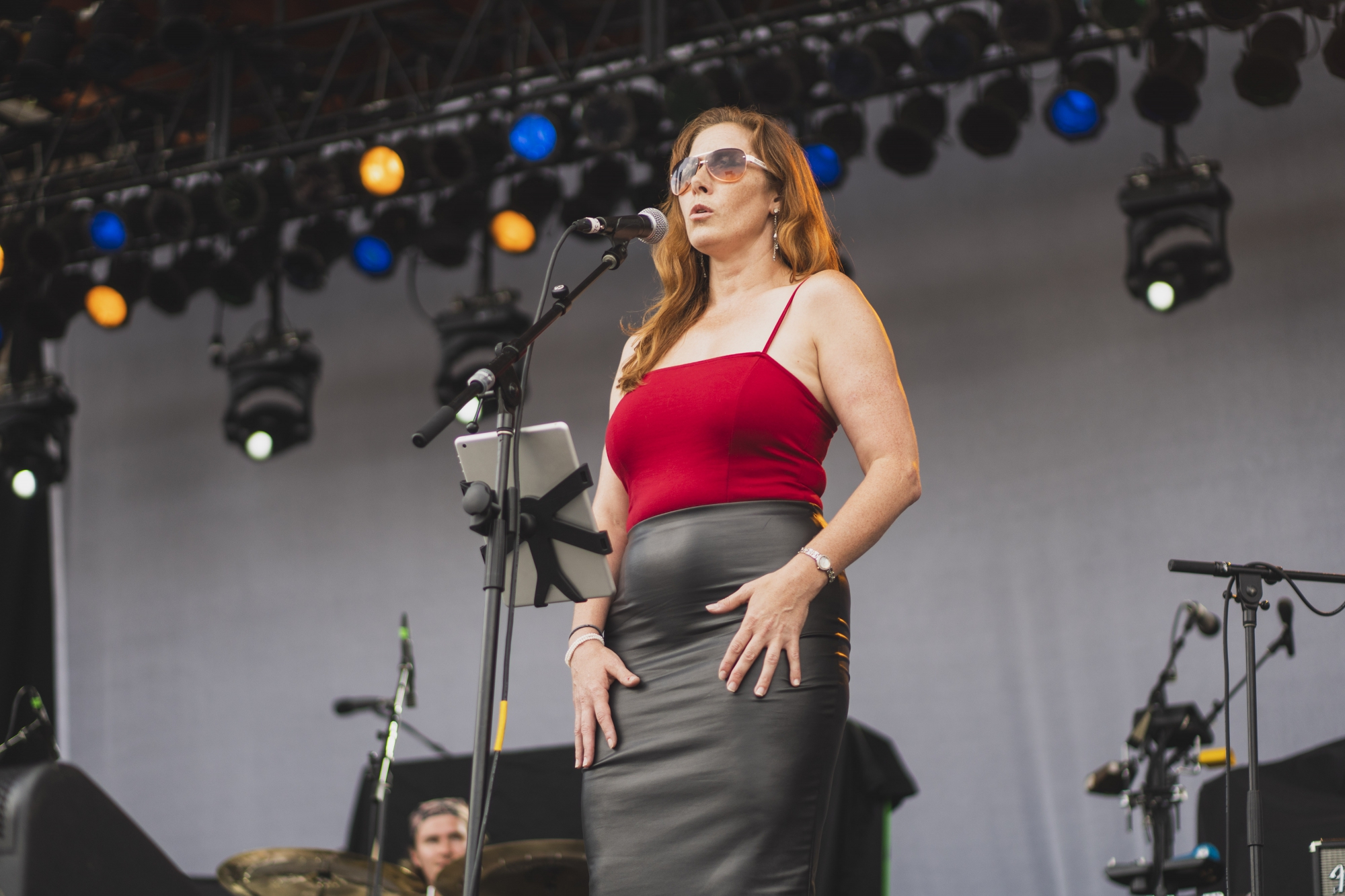 Hylbert’s voice complements the rest of the band’s sound on the larger stage offered at Summerfest.
Quinn Beaupre/The Badger Herald

With Hoot being the architect of the Tent Show Troubadours, he takes responsibility for most of the songwriting. In contrast, McLeod calls himself the “interior designer” of the band.

One song of note, got a parental advisory. Their latest song, “Crocodile Tears,” received Recording Industry Association of America, with no explanation. None of the lyrics are explicit and there is no suggestive language.

“We need to start making more songs like it for the reputation,” McLeod said.

The reputation Tent Show Troubadours and McLeod currently have is impressive. Every band member with their own successful career, meeting to perform rock songs in the biggest city in the state of Wisconsin. 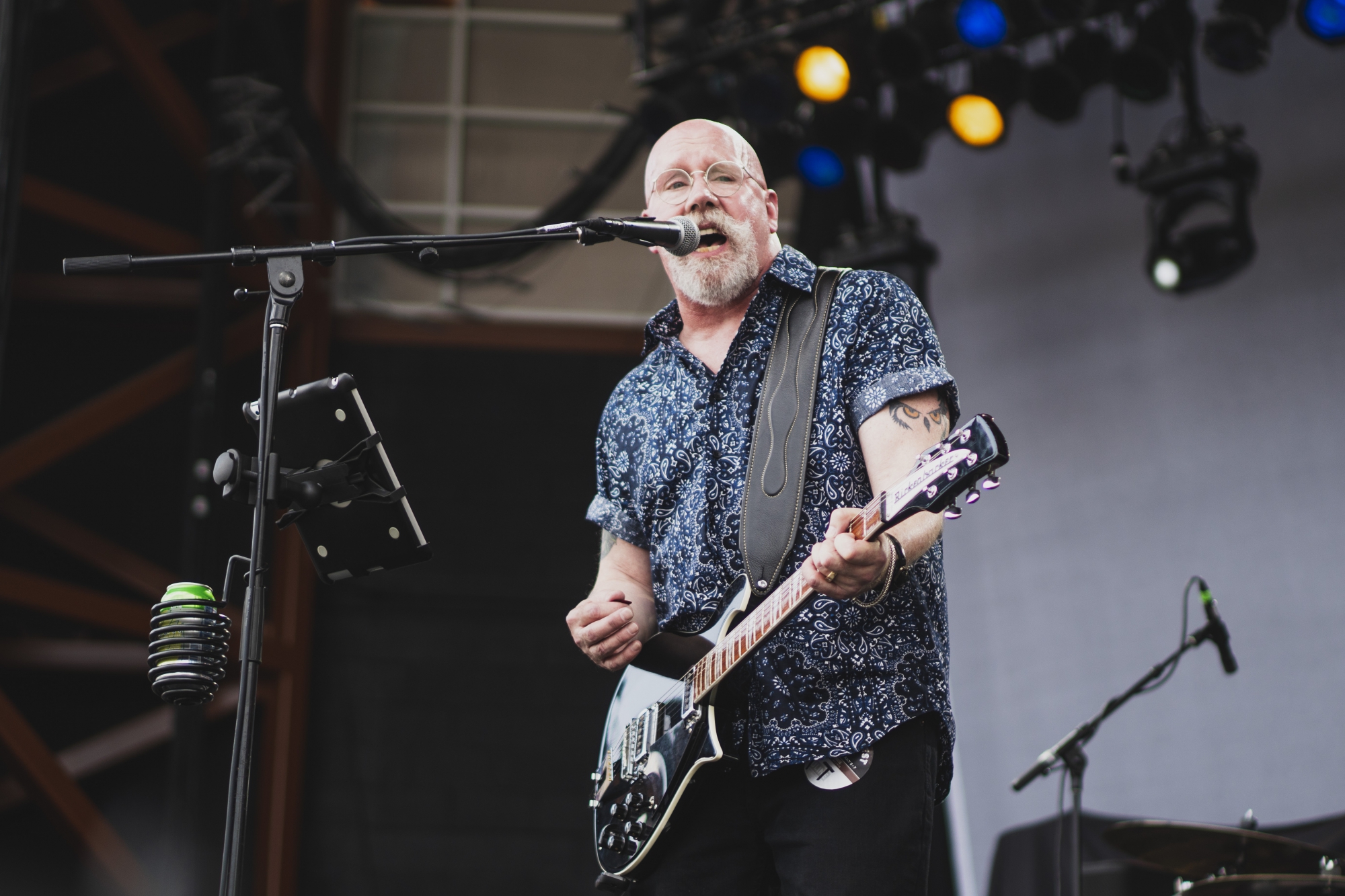 As a now-older Aidan took pictures of his father on stage at Summerfest, it became clear McLeod found a way to balance both being a rocker and a father. He stood strumming his bass guitar with a power stance, his back up to Hylbert with a smile and singing along to the criminally underrated original “Plastic Flowers.”

You love to see it.