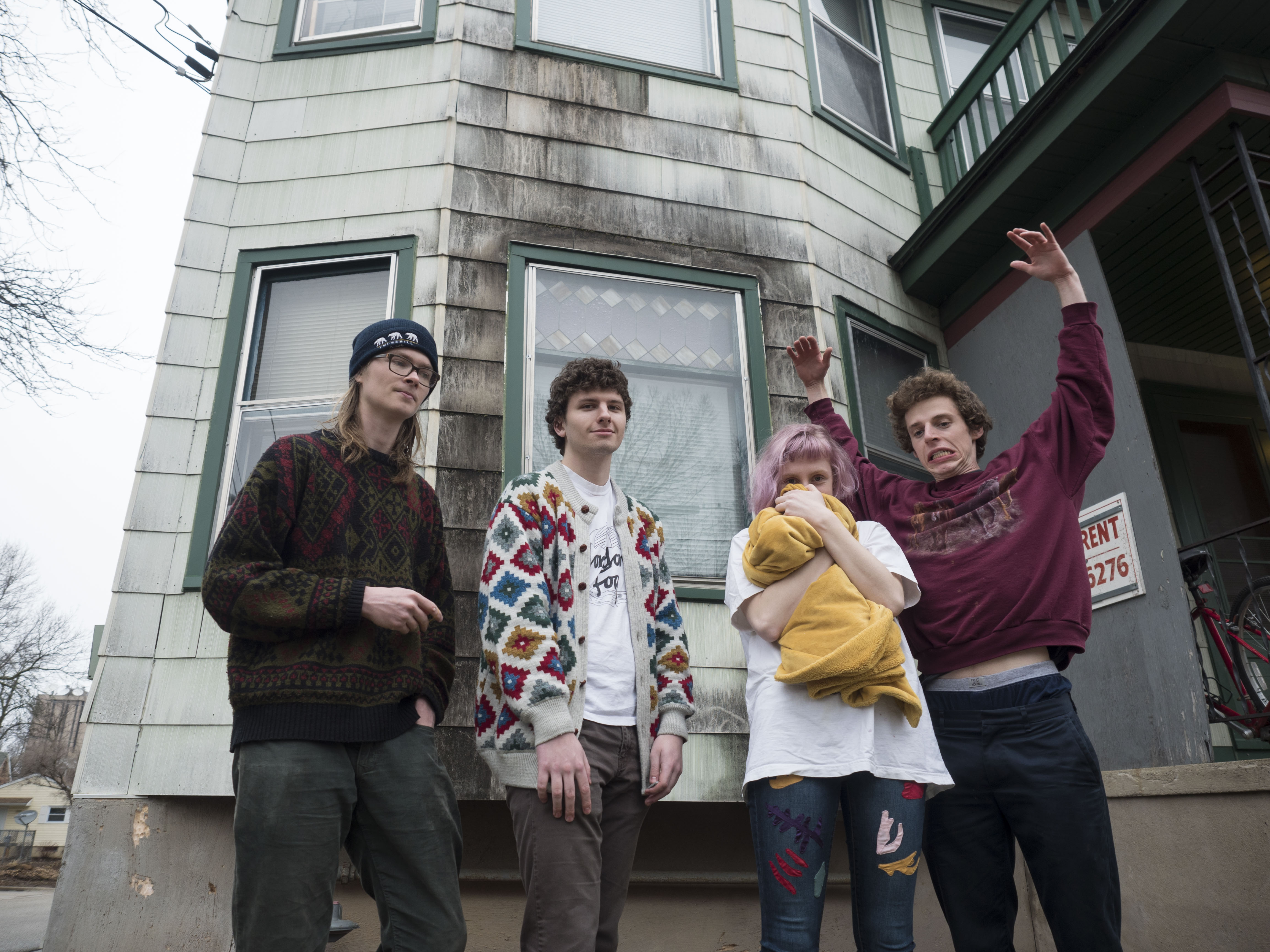 Just when you think you are starting to get a handle on all of Madison’s local bands, another one sprouts up. This one sprouted quite quickly, and they are already making a name for themselves around town.

greenhaus is an indie group comprised of vocalist/guitarist Halle Luksich, drummer Matthew Norman, bassist Jack Bryant and guitarist Karl Fetsch. The band essentially formed around Luksich, who wrote and recorded their first EP, soft and warm, by herself over the span of two days. She also wrote all of the songs, which detail the hard time she has transitioning between being home and being at school, she said.

After realizing the potential that could come out of the music she’d created, Luksich decided she wanted to turn it into an actual thing, she said. That’s where the boys come in. She first turned to Bryant, who then turned to Norman and Fetsch.

The band has moved with amazing speed — soft and warm was just released Jan. 14, and already they released their second EP, Live @ WSUM late last month. Not only have they come out with two EPs in the span of three months, they have also already held shows at places like the Nottingham Cooperative and Der Rathskeller.

More impressively, they have landed a show with local favorites Fin Zipper and Trophy Dad at the High Noon Saloon April 13 — a “local dream team show,” Norman said — and one the next day at Der Rathskeller with The Velveteins, a rock n’ roll band from Canada.

To get where they are now they had to start somewhere, and it started with Luksich. Her writing process is somewhat atypical of most musicians. While lots of musicians are constantly writing songs, she said she only writes songs about twice a year, during times when she is really sad. Over the span of a week or two, she will have completed around five songs.

Luksich forms the skeleton of the songs with chords and lyrics. From there, the boys add their own parts. At that point, they are all putting something into the music. Bryant said.

“My favorite parts of my songs are not mine,” Luksich said.

When asked about any overarching concepts or themes in the music, their explanation was pretty unanimous — sadness. A lot of it seems to focus on postrelationship angst, Norman said, and the way the words don’t obviously rhyme makes them stand out. 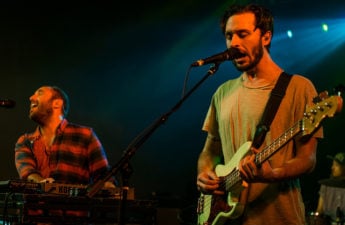 For the first album, Luksich recorded everything in her bedroom on Garageband. With the help of some of her friends, she also took contributions and recordings that she either recorded in the room, or that her friends did on their iPhones and sent to her.

For their second album, greenhaus played a live show at WSUM, and used the recordings from that. It was the first live show they had ever played.

The collaboration factor between the band members is what sets the first EP apart from the second, Bryant said. The music is also very different in sound. The first EP is more of an atmospheric sound to set a mood, Bryant said. It’s more obviously sad. Live @ WSUM is more listenable, Luksich said.

Norman said he enjoys having both of the EPs up side by side so people can have a taste of both spectrums depending on what type of mood they are in. If listeners need something to “caress their ears,” soft and warm is where to go, Norman said. If listeners are feeling more angsty or thrashy, choose Live @ WSUM.

greenhaus wanted to share some insight into one of their new songs, and Luksich chose to talk about “Friends.” She said it’s about checking her mail, and how when she doesn’t get mail, it’s really sad, but when she does get mail, it makes her really happy.

“It’s about how I miss my friends and how I wish they would send me more mail and everything reminds me of them,” Luksich said.

Now that they have this music up, it’s given other bands a chance to listen to their stuff. The tight-knit music community in Madison has given them a leg up. Other local artists have listened to their music and invited them to play shows.

“It’s been wild how fast we’ve gotten so many shows,” Fetsch said.

Before the summer arrives, the band is going to try and get as many shows as they can before they have to disperse, Norman said.

They also want to try implementing some song-writing from Bryant and Fetsch in the future, Bryant said. While he realized it would add something different, he thinks it would be complementary, he said. It would be less traditional and more experimental.

In the meantime, they are going to focus on live shows. From the shows they’ve played, it’s been great for them to see a positive response from the audience, and to get that affirmation on the projects they had been working on, Norman and Bryant said. It’s also an opportunity for them to be themselves on stage and in public, while at other times they might be more quiet, Luksich said.