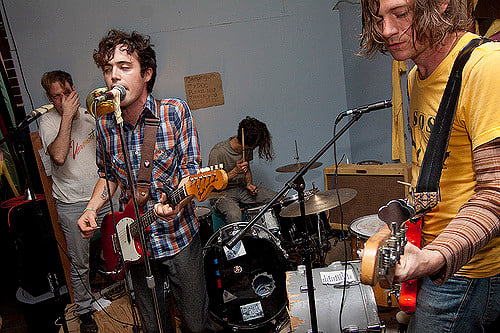 Like many of America’s glaring flaws and inequalities, the queer experience is often swept under the rug, hidden and tossed aside. Music and media, too, take part in this systematic shrouding by covering up nonheterosexual relationships, painting over them with stories of nuclear families and social norms.

From releasing an EP with proceeds going solely to the Queer Undocumented Immigrant Project to simply educating themselves on social injustices, Nana Grizol’s goal is clear: to use their voice and art to bring about change.

Over time, and increasingly in recent years, Hilton has had a desire to be vocally queer and clear about the fact they are making art that represents that experience, he said. 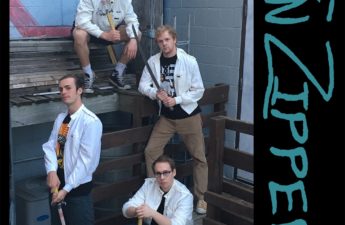 “There’s a lot of art and music that is representing heterosexual experiences and [in a way] that is not critical of heterosexual values or norms, but I want to be very clear about the queerness of the art that I and Nana Grizol are making,” Hilton said. “I think that guides how people will listen and interpret it.”

With this newly refreshed, guiding force of vocality, Nana Grizol’s newest album, Ursa Minor, focuses on celebrating unbounded space and finding your voice among oppressive powers. Out later this month, Ursa Minor also tackles other issues within the current political and social landscape, like environmentalism and consumerism.

Ideas of sexuality are tied to capitalism and consumerism, Hilton said. While he realizes this idea has been explored before, he wants to revisit these “systems of exploitation” that are seemingly related, he said.

“A lot of people in intersectional activism, but also in interdisciplinary scholarship today [are discussing these connections], and I see [it] as becoming more widespread,” Hilton said. “Not to get too heavy-handed, but there is a system of oppression that involves many angles, and I think deconstructing heteronormativity is part of the same project as critiquing private prisons. They all serve the same function, which is capitalist accumulation.”

Though the band members would label themselves as shy, Nana Grizol uses their live performances as an outlet to express themselves loudly and proudly. With their radical lyrics and lo-fi production, the audience feels in full force the weight of the perspectives they tell. The group uses the stage as their vehicle of inciting change and evoking emotion within the audience.

The band recognizes in today’s world, there is something new to freak out about every day, and the show for them is a way to let out built-up energy. Their live show also acts as a platform to talk about and share these kinds of things, Hilton said.

“It’s really nice to be able to think about what a song means in a particular moment or space,” Hilton said. “It’s really a release, especially right now where the political tournament is somehow infinitely worse than it was already.”

Nana Grizol will be performing at Der Rathskeller on March 31 at 9 p.m.