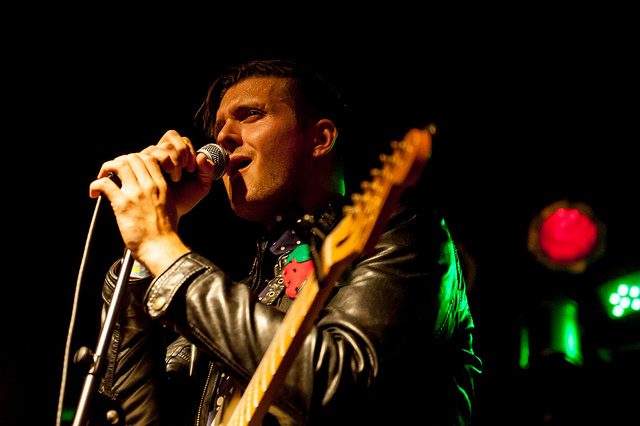 Oh my goodness! I can’t believe I didn’t write about this band first! The Miniature Tigers!

Wow, sorry, I just had to get that out and quickly profess my undying love for them. Anywho, it’s Thursday, and that means another (regularly scheduled) Gr8 Unknown. So, Madison (and elsewhere), make sure your boots are strapped on tight and that your ears are wide open for the Mini T’s, as I like to call them.

I shall wholeheartedly admit that I did not discover this band, but a dear friend did back in those early high school years, maybe even late middle school (wow). The Miniature Tigers have filled a hole in my existence I didn’t know was there, and that my friends, is something magical.

The band brands their music as acoustic-pop, and while that remains true, I have always found it to be slightly more experimental and psychedelic. Perhaps it’s the rhythms, or perhaps it’s the fascinating lyricism, the Mini T’s have mastered a sound completely unique to themselves. Each of their songs also sounds different from the next — listeners never get bored. Let’s just say I had multiple home-burned CDs that contained their music. Yes, that’s right, the ones you had to put in an actual CD player.

The first song that captured my ears and heart is called “Sex on the Regular,” from album MIA PHARAOH, 2012. The content may have been a little advanced for the age at which I heard it, but the sound was captivating all the same.

It must have been those electronic, synthy notes or frontman Charlie Brand’s high vocals that did the job. Maybe it was the lyrics as well. They are clever, and I think we can all be honest with ourselves and say we love a good sex song every now and then. They’re electrifying!

Tell It To The Volcano was the band’s first studio album in 2009, which houses some of my favorites. One that particularly comes to mind is called “Cannibal Queen.” It’s overall just an attractive song, both to the ears and to the mind. He sings about his “cannibal queen,” which sounds super weird but also sounds kind of really interesting.

The chorus is as follows: “Comin’ for your heart like a cannibal / oh, she lets me right in and I fed ’til I’m full / if something goes wrong, I’m accountable / oh, a life without her is no life at all / I la la la la la la la la love you, cannibal queen.” He makes it sound like this woman is about to eat his heart if he does something wrong, but it doesn’t come across as a turn-off for some reason. 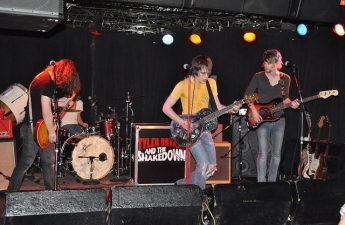 Gr8 Unknowns: Tyler Bryant & the Shakedown is here to shake you upHoly moly, it’s Tuesday. Looks like I have to throw my procrastination over my shoulder and slap on my typing Read…

2010’s FO R T R E S S has brought many favorites as well. There’s one that is especially powerful — “Dark Tower.” It’s beautifully crafted and gentle, which makes it so effective. It’s just so pretty, and there really aren’t any other words to describe it.

“Bullfighter Jacket” is one of their songs that exemplifies their clever and fascinating lyrics, which seem to drip with metaphor. Most of it sounds surreal, which hooks listeners in.

This is part of the chorus: “You’ve got your bullfighter jacket on, nothing beneath / I had to take my mask off to kiss you in the street / slowly turn to fall, my heads upon your wall.” What does that even mean? As long as it sounds cool, listeners don’t really need to know.

Though I only touched on a few of their earlier albums, the Miniature Tigers have two more albums — 2014’s Cruel Runnings and 2016’s I Dreamt I Was a Cowboy. Their sound seemed to move in a slightly different direction these latest albums, but the original sound is still deeply entwined.

In all, the Miniature Tigers have offered — and still offer — a uniquely creative sound that when you hear it, you automatically think of them. This is quite a feat for some artists, and they have done it well.

Here are a bunch of their other songs (that you should very much so hear):

(Just go to their Spotify page before I litter this entire page with links.)