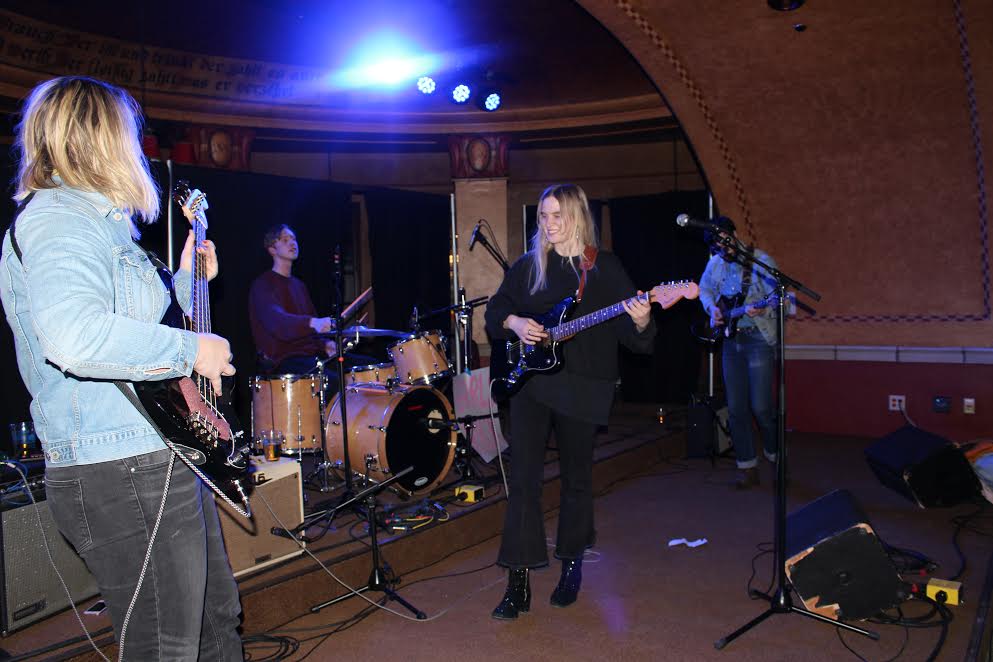 An assortment of Midwestern female-led and femme-majority bands gathered in Der Rathskeller Saturday to hold a concert celebrating women and promoting intersectional feminism.

Promoted as a safe space for all and a way to experience great music, Fem Fest has become a beloved annual Madison tradition over the years. The small, intimate setting of Der Rathskeller provided a great avenue for attendees to gather and feel welcome in the crowd’s inclusive spirit.

Posters and art hung on the walls, presenting definitions of intersectional feminism and principles everyone should follow and accept. 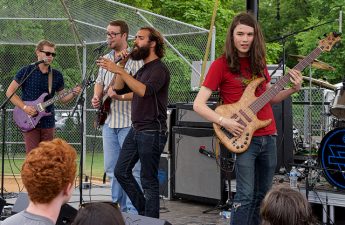 This year’s lineup featured Bunny — the headliner who hailed all the way from Chicago — along with Tony Peachka, Gynosaur and Addison Christmas.

Addison Christmas, a three-member Madison-based band the lead singer of Trophy Dad started, kicked off the night with their jam-based, indie-rock sound. The members even switched instruments at one point — proving their skills and versatility, along with their creativity.

Gynosaur came on next, dazzling the crowd with their self-described postglitter punk style. This was Gynosaur’s second performance at Fem Fest, and they vocalized their gratitude at being back. Gynosaur’s carefree punk, almost surf-rock sound fit perfectly with their casual stage presence.

Tony Peachka, a four-member, all-girl punk band from Minneapolis, opened right before Bunny. Tony Peachka excited the crowd with their angry pop sound and prepped them for the big headliner. The grittiness and rawness of their sound appealed to the Riot Grrl lover, while the delicate, almost childlike voice of the lead singer served as the perfect juxtaposition to balance their sound.

Bunny is an up-and-coming act formed in January 2016, but has already made tremendous strides in the music scene with their skillful instrumentation and cool, collected aura.

Inspired crowd members gave an outpouring of applause after their performance, which had a gentle, upbeat style of the indie-rock variety. Bunny proved to be the perfect ending for the event, showing the raw talent and power found in female musicianship.