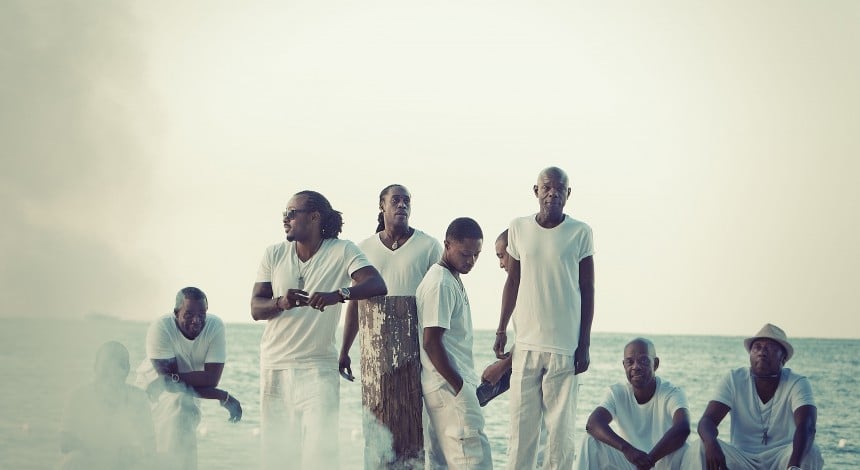 Their manager had promised them major arenas, festival main stages and venues to match the band’s exorbitant fame. But just five years after releasing an internationally chart-topping single, the musical geniuses behind “Who Let the Dogs Out” were playing backyard birthday parties and collecting deposits on big shows they never played.

The story of the Baha Men’s descent into irrelevance is a Macbeth-like tale full of drama and mixed with some comedic relief. Over the last decade, the band’s biggest success came to be their fatal flaw. The track that led them to instant fame also transformed the band into more of a cultural icon than a living, breathing performance band.

Blatant mismanagement and exploitation of the band’s fame marked the end of Baha Men’s performing days.

“The band would be told that an event would be a certain caliber and then you show up and it’s somebody’s birthday party,” Dyson Knight, a lead vocalist Baha Men, said. “And it’s not even someone’s birthday party like the Prince of Someplace, it would be the manager’s neighbor’s kid and it would be like only 50 people there.”

Fifteen years later, the nine-member Bahamian band is looking to embed themselves in the international music scene again. They want to escape what their classic track has made them become — merely musical interludes at soccer stadiums and as a sentimental and often ironic element to movie soundtracks — to a more humble, musically focused place. It’s not a comeback, it’s not a reunion, it’s a reintroduction, Knight said.

Although the band produced three more studio albums after the release of the Who Let the Dogs Out album and really never stopped producing music, the band slipped away from international consciousness.

That one fated single took over the band’s image, but now the band hopes to leverage that fame to prove they can create current, relevant Bahamian native music today, Knight said.

“’Who Let the Dogs Out’ isn’t just a hard act for Baha Men to follow. It’s a hard act for anybody to follow,” Knight said. “It’s bigger than a lot of big songs. Its too late now to do anything about it. You just ride the waves, and hopefully it is just a device to get people to listen to more of our music.”

With an album officially slated for June 2015 — on the 15-year anniversary of the Who Let The Dogs Out release — and a three-record deal with Sony Latin America, Baha Men will re-enter the market after years of relative obscurity with music they believe will appeal to a large, international audience while staying true to their regional flavor, Knight said.

The band signed to Sony Latin America three years ago, when the CEO saw Baha Men perform at the Sony Latin American Conference. The higher ups at Sony asked locals who was the best in the area and they pointed to Baha Men, who woke from dormancy to perform at the conference. Three songs in, Sony asked a friend of the band if they were interested in signing and, while simultaneously playing the show, Baha Men agreed.

They already had a full repertoire of music they had produced and never released. The first release was supposed to be an EP, but it was postponed three times because the band wanted to add more music, and now Ride with Me will be a full length studio album.

Another distinguishing factor of this album is their focus on feel. They are more concerned with the vibes of the album than its component parts. Over poignant lyricism and precise production, Ride With Me should be a feel good piece.

“There is no fighting or bickering or complaining on the album.” Knight said. “It’s just positive. And I think a lot of people are going to get that from this album. It is going to uplift a lot of people.”

The single “Night and Day,” which was featured on the FIFA World Cup album, reflects this carefree sentiment. Steady guitar rhythms and light percussion take a backseat to many harmonizing, feathery vocals. It’s the type of music that induces hip swaying and dancing.

Knight said Baha Men’s main goal is to remain a performance band. They are real musicians, unafraid to play acoustically and without frills, he said.

The band will release their album May 8 to local audiences during the Bahamas Junkanoo Carnival. When it is released internationally in June, “Who Let the Dogs Out” die hard fans and new listeners alike will find out if Baha Men is truly ready to re-enter the world’s stage.