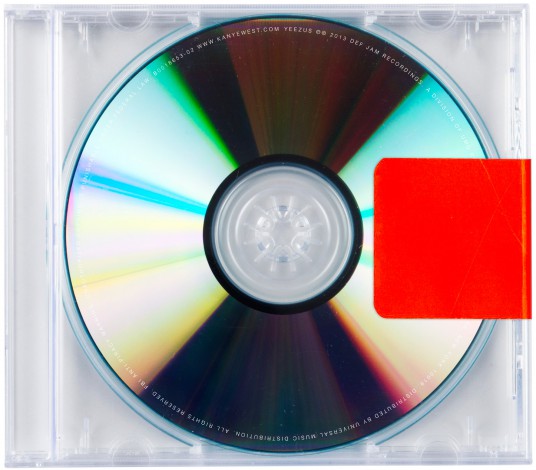 My Bloody Valentine – m b v

So this is what 22 years of silence sounds like: one of the heaviest albums of 2013. In February, My Bloody Valentine shocked the music world when it announced, seemingly out of the blue, that it had a new album. The nine-song collection hit the Internet, briefly crashed the band’s website and soon the opening chords of “She Found Now” poured through listeners’ headphones like syrup. It felt good.

The shoegaze pioneers changed nothing about the shoegaze sound they helped pioneer and arguably perfected on their monumental and flawless 1991 LP Loveless. Like that album, m b v creates walls of sound with tremolo-tinged guitars and hushed, unintelligible vocals. What results is a perfect mix of the distorted and the delicate. With m b v, My Bloody Valentine sculpts beauty from walls of harsh noise; what results is a brand of sonic existentialism that only Kevin Shields could have conjured up.

From the stuttering dial-up tones of “Only Tomorrow” to the oscillating guitars of “New You” to the vacuum cleaner sounds of “Wonder 2,” the sonic exploration on m b v is unparalleled. Many bands have tried to sound like My Bloody Valentine. With their comeback album, they’ve proved they do it best.

Could there be any other?

It’s been a big year for Kanye. Between the now infamous New York Times interview, his union with Kim Kardashian and his various public feuds, it’s easy to let his larger-than-life public profile overshadow the music.

But on Yeezus, Kanye reminds us why he reigns supreme as one of the most interesting and forward-thinking artists of our time. One high point: “Blood on the Leaves” gave us the best sample of 2013 (of Nina Simone’s “Strange Fruit”).

Even with yet another Album of the Year snub from the Grammy Awards, Yeezus has been readily absorbed into our shared cultural ethos. Who else could make “Hurry up with my damn croissants” a thing and, one track later, make a socially cogent point by reminding listeners that HIS mama was “raised in an era when / clean water was only served to the fairer skin.”

While the album does little to ground Kanye as a mere mortal—after all, the only featured artist credited on the album is God himself on “I Am a God”—why should it? Alongside its contemporaries, Yeezus sounds like the product of a god among men.

Seamlessly blending vocal samples, groovy beats and catchy hooks, Disclosure’s Settle is one of the freshest releases in electronic music in a while. The British duo, comprised of brothers Guy and Howard Lawrence, put out a debut that obviously calls on traditions of UK garage—hi-hats, intricate percussion, R&B influences and danceable four-on-the-floor beats. But with dub/brostep taking a seat on the electronic music bench and weird country/folk/EDM things happening to our ears in 2013, this album was a much-needed breath of fresh air.

At times soulful and vulnerable, as on skittering standout “Latch,” and at other times purely sexy, as on the grungy-but-shimmering “White Noise” or hit earworm “When A Fire Starts To Burn,” the album injects a range of vibes into tracks while still maintaining a polished continuity. With a smoothness and aesthetic that sits somewhere between playful and mature, Settle is a refreshing and highly danceable pop record. Whether you’re listening to it all the way through to get some head bobs going while studying for finals or you’re playing tracks on the weekend to get a room sweating, Disclosure’s debut is worth settling in to.

4.) CHVRCHES – The Bones of What You Believe

There is something so beautifully unbeautiful about Arcade Fire’s 2013 epic Reflektor. It’s cacophonous at times, melodious at others, invigorating, emotional, disco and persisting. It has the ability to completely and utterly transcend sound, yet make you think of every single instrument used and note played.

The album incites feeling—whether of joy, anger or deep sadness—in its standing as a poignant piece of musical art. On the title track, frontman Win Butler’s chilling duet with band co-founder and wife Régine Chassagne pairs with the piece’s dark dance pop, piano riffs and beating drums to perfectly set the scene for the album’s grand storytelling and evolution.

For some, it strayed too far away from the band’s previous sound, but as a standalone piece, the album has a logical progression, with context and influences behind every rhythm. With Caribbean drum backdrops on the album’s title track and “Here Comes the Night Time,” the album tells Haitian-inspired story, but with a twist. The sound is a clear nod to producer James Murphy’s style. At times, you can hear the ghosts of Arcade Fire’s previous albums and at other times the sounds of LCD Soundsystem. In the year 2013, this musical cherry-picking was the norm; Arcade Fire did it best.