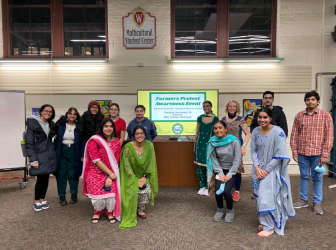 The University of Wisconsin’s Sikh Student Association held a Farmers’ Protest Awareness Event Tuesday night. The presentation was hosted inside the Multicultural Student Center lounge located within the Red Gym.

The Nov. 30 presentation was intended to raise awareness about the farmers’ protests around Delhi, India that began during the COVID-19 pandemic. During the event, audience members were encouraged to talk about the issues presented.

According to the Wisconsin Involvement Network (WIN), the Sikh Student Association’s goal is to create a space for Sikh students and their peers to promote awareness of their faith.

“These goals will be attained by serving the campus and greater Madison area, through informational events led by members, guest lecturer events, and social team building opportunities,” according to WIN. 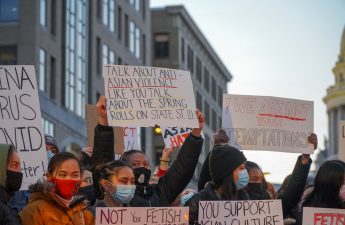 Simran Sandhu, one of the presenters for the event, explained the background of the farmer protests in India. Simran said Sept. 27, 2020, the Indian Prime Minister Narendra Modi’s government passed three farm bills aimed at deregulating the farming industry.

Simran said this provision drove crop prices down. For some farmers, Simran said, this made it nearly impossible to sustain themselves. Protests sprang up in response.

Another presenter, Jaskiran Sandhu, explained that initially, farmers in northern India only protested locally. Eventually, farmers around the Punjab region mobilized and began to travel in massive groups towards Delhi. This began the larger protest movement. 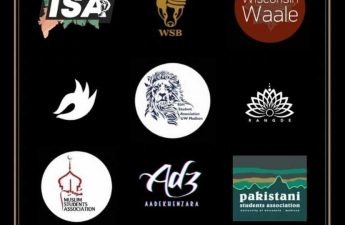 In an interview, an audience member from the Farmers’ Protest Awareness event discussed his family owned farmland in Punjab. He said farmers would take turns watching over each others’ farmland so others could protest in Delhi.

“Samyukta Kisan Morcha, a group of 40 farmer unions across the nation, came up with a list of demands for the Indian government,” Simran said.

The rest of the presentation included an explanation of the Sikh faith and its relation to Punjabi farmer culture. Near the end, some members of the Sikh Student Association performed a Bhangra dance to songs written during the farmer protests.