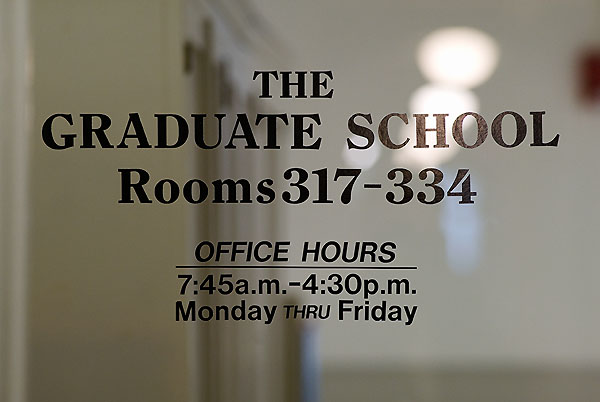 Fifteen graduate students received the University of Wisconsin’s 2019 Campus-Wide Teaching Assistant Awards Feb. 13. According to the UW Graduate School website, the TAs distinguished themselves with excellence in the lab, field and classroom.

Assistant Dean for Teaching and Learning Administration Shirin Malekpour said the awards were intended to honor the TA’s contributions to UW.

“I hope they appreciate how much we appreciate the good work they do,” Malekpour said. “They are the face [of UW-Madison] that many undergrads see.”

Exceptional Service Award winner Melody Sain, a PhD candidate studying the evolution of plant sexual systems, always found time for service. Whether it is serving on department committees or outreach at local elementary and high schools, Sain said she always considered service to be part of who she is.

“It was very rewarding to be selected [considering] there’s so many great TAs on this campus,” Sain said.

Sain said her passion for volunteering came from attending a high school with few resources when she was growing up.

Sain said she is constantly amazed to find herself where she is now.

“For me, service is going out and showing people the opportunity that they thought they might not have had,” Sain said. “It also makes me happy.”

Innovation in Teaching Award winner Sara Gamalinda said co-teaching a “blended” class taught her to challenge the traditional assumptions about what learning and teaching look like.

In the class she co-taught with Folklore and Ethnic Studies Professor Jennifer Gipson, Gamalinda said 60% to 70% of the class was taught online. Gamalinda said online communication for discussions encouraged students to be vulnerable.

“Because these discussions and interactions happen with time and space, a lot of the discussions are really intense,” Gamalinda said.

Though Gamalinda acknowledged discussing sensitive issues on the internet can be risky, she said with enough effort and critical thinking, an online space that allows for subjectivity and personal narratives can be designed to also encourage analysis.

Gamalinda said students are expected to be able-bodied, young, single, childless, english-speaking and secular. She said online classes, however, allow students to choose where, when and how they take the class, which can better serve the student.

Gamalinda said receiving the award inspired her and gave her affirmation to keep going.

Capstone PhD Teaching Award winner Aaron Yarmel said he was studying violin at the Eastman School of Music when taking his first philosophy class. Because Eastman was strictly a conservatory, Yarmel took philosophy classes at the neighboring University of Rochester, NY. Despite this, he was hooked after a few classes, Yarmel said.

Early Excellence in Teaching Award winner, Erik Katovich, said he knew at the beginning of his college career he wanted to major in economics.

Katovich, who is researching how oil booms in Brazil have affected local Brazilian municipalities, said even in his high school history classes, he felt a country’s economic structure was the most important factor in shaping its history.

Katovich said he recalls writing essays for history class in which he had to discuss social factors, politics and economics.

Both Yarmel and Katovich believe their respective disciplines could help the world. Katovich said in the complicated world of policies and people, economics offers a systematic way of analyzing problems. 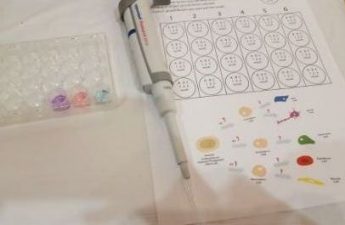 UW researchers lead new coronavirus studyResearchers at the University of Wisconsin recently began their study on the novel Coronavirus, which started in Wuhan, China in Read…

“Philosophy helps us sit down and think more carefully about the problems that we’re facing, so that when they keep coming up in subtle different variations, we’re better able to deal with them,” Yarmel said.

Yarmel, who teaches Contemporary Moral Issues, Ethics in Business and The Ethics of Resistance and Revolution, deals with disagreement in class a lot. But rather than encouraging combativeness, Yarmel emphasizes collaboration.

To create a community where philosophy can flourish, Yarmel said he encourages three qualities in students — caring, creativeness and critical thinking. He said a rewarding moment for him is when a student tells him they will miss the classroom community.

“Then I actually know that we’ve built the right kind of space for philosophy to happen,” Yarmel said.

Katovich, who teaches The Growth and Development of Nations in a Global Economy, said he wants students to know how they can apply economics to real-world problems, something he believes was missing in the abstractness of Economics 101 classes.

Katovich said he wants to promote discussion and collaboration among students. To do so, his students analyze real-world examples of economics — for example, the Foxconn plant that is expected to be built in Southeastern Wisconsin —before debating it in class. 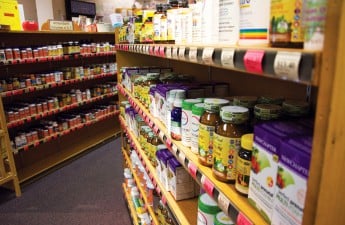 Yarmel and Katovich both said teaching benefited them.

On a personal level, Katovich said teaching helped him with public speaking.

“Projecting yourself into someone who’s new to it, and thinking how do I explain this so they understand, that’s something you have to do as a teacher, and that also makes you a really good presenter and public speaker,” Katovich said.

Yarmel said teaching helped him have more caring conversations. He said now when he converses with a friend, he considers what their needs are, what they want to discuss and what he can do to make the conversation as meaningful as possible.

“Teaching has given me [new] ways to show care for people,” Yarmel said.