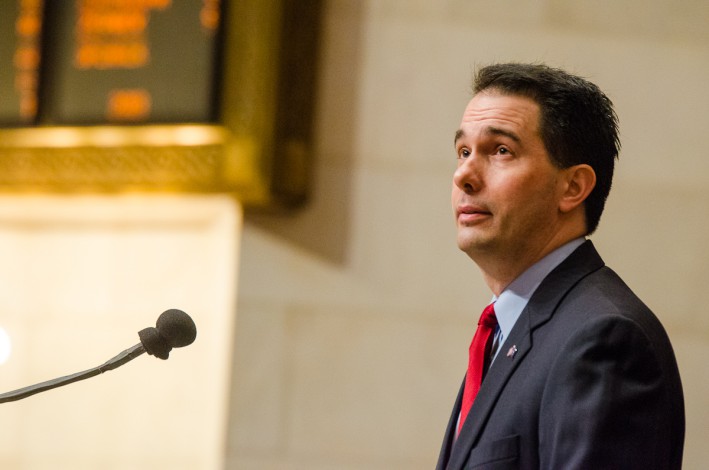 Senate bills 883, 884 and 886 were passed after state legislators debated for nearly 24 hours last week. The bills curb the power of attorney general and governor, as well as reduce the early voting period to two weeks from six.

In a statement, Walker said he adhered to four central criteria while evaluating the bills: if they improved transparency, increased accountability, affirmed stability and protected the taxpayers. He determined the bills address all four.

“Despite all the hype and hysteria out there, these bills do nothing to fundamentally diminish executive authority,” Walker said. “The bottom line is the new governor will continue to be one of the most powerful chief executives in the country.”

Gov.-elect Tony Evers will maintain the powers of line item veto and veto, appointing members of the cabinet, broad executive orders and the power to issue a state budget proposal, among others.

In response to Walker’s decision to sign the bills, Evers said in a statement that Walker “chose to ignore and override” the desires of Wisconsinites.

“The people demanded a change on November 6, and they asked us to solve problems, not pick petty, political fights,” Evers said.

Earlier this week, Evers encouraged Walker to veto the bills while on CNN’s “Meet the Press.” But, Evers said he did not feel confident Walker would do so — and he turned out to be right.

In a statement, Rep. Melissa Sargent, D-Madison, said Walker’s decision is an “attack on democracy” and, in contrast with  Walker’s claim that he’s favoring transparency when considering the bills, said the entire bill-signing process has lacked that very virtue.

“Though this [is] extremely disappointing, it’s imperative that we all continue to be involved and engaged in our government­ – whether it’s speaking up, volunteering our time, running for office or, most importantly, voting. I know that together, we will continue to work towards what is best for all of Wisconsin,” Sargent said.