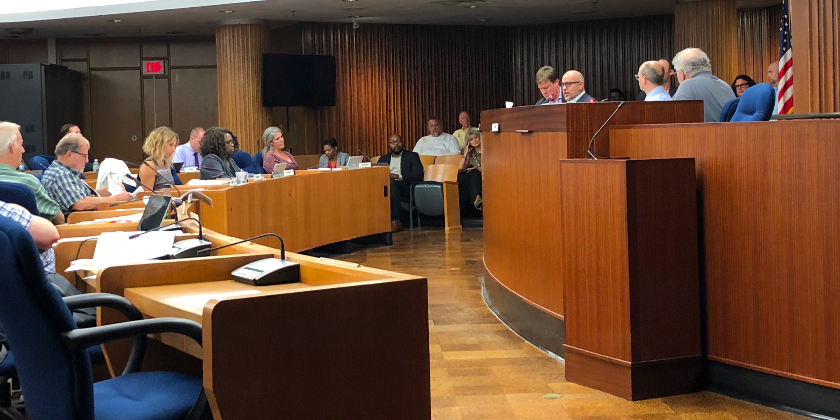 The $43 million building building is planned to be nine stories high, have 133 rooms, a restaurant, a cafe and an open rooftop. It will be run by Provenance Hotels, a company based in Portland, Oregon, According to the Wisconsin State Journal.

The hotel has faced much contention from the city staff over height regulations, as the proposed design is nine stories while the regulation has a six story limit, according to WSJ.

Despite the six story limit, the Madison Plan Commission went ahead with the proposal.

Twenty-four business owners and residents of the area alike chimed in to show their support for a new hotel. 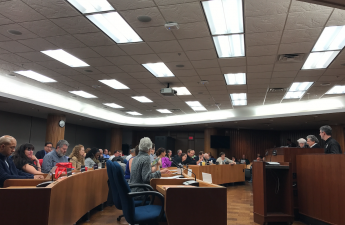 Michelangelo’s Coffee House, one of the buildings with its back end facing the cul-de-sac would be affected by the new hotel. But owner of Michelangelo’s Sam Chehade said it would be good for the city.

Additionally, with an increase in crime in the area at the end of State Street, many cited that a hotel in that location would be the positive action needed to reduce the danger in the area.

Only community member voiced their concerns, citing that the height of the proposed hotel is above height the six story height limit.

Despite not usually “disagreeing with the staff’s recommendations,” Ald. Mike Verveer, District 4, where the hotel would reside, took a position of support as well. Verveer cited that the location was “perfect,” and would help remedy the open air drug dealing and violence in the area.

Ald. Ledell Zellers, District 2, was the only commission member to not approve of the movement, citing concerns about the parking situation and safety.

The proposal now moves to City Council, who will consider zoning changes in a Sept. 25 meeting. If approved, construction for the hotel will begin in Spring 2019 and continue into Fall 2020.