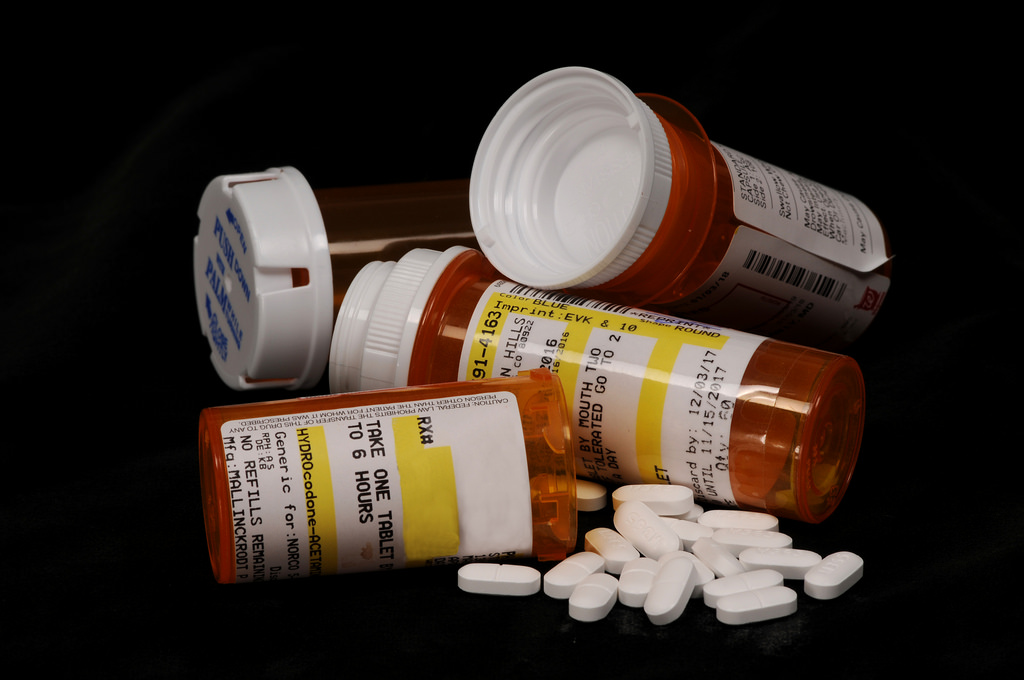 More than a dozen people overdosed in Madison within only a few days late last month, causing law enforcement to consider if a bad batch of heroin may have been laced with fentanyl.

“This is the biggest spike over a window of a few days that I’ve seen so far,” Albright said. “In the four months I’ve [been in this position] it’s been almost constant, but not quite this concentrated.”

Though Albright was not able to share information of any ongoing police matters, he said it is rather safe to assume fentanyl is to blame when otherwise steady overdose numbers suddenly become erratic, as they did in late August.

DEA Agent Paul Maxwell of the Milwaukee branch was also not at liberty to disclose details from any ongoing investigation, or explicitly say whether or not there is a DEA investigation at this time.

Wisconsin’s opioid epidemic has been a large issue for several years, but a significant jump in opioid-related deaths occurred from 2015-16, according to the National Institute on Drug Abuse. At the same time, overdose deaths related to synthetic opioids — like fentanyl — spiked, the report showed.

“There has been a trend where we are seeing fentanyl in more, not just heroin but cocaine and marijuana,” Maxwell said. “Recreational users who are purchasing this on the street, they don’t know what’s in those drugs and they’re taking their lives into their hands when they use it.”

To combat the recent spike, Danielle Long, Opioid Initiatives Officer from the office of Attorney General Brad Schimel, believes it is highly important to inform people about just how dangerous fentanyl is, as a minuscule amount can have deadly consequences.

Long cited an incident last May where two officers in Waukesha County removed a powder-covered box from a car during a routine traffic stop. They were exposed to a small plume of fentanyl, and needed to be dosed with Naloxone — a medication used to reverse the effects of an overdose, Long said.

Despite the rise of fentanyl, Long believes Wisconsin is making good progress in combating the opioid epidemic.

“I would say that Wisconsin is definitely still a crisis, but we are in a far better situation than many other states … we want to stay ahead of the problem,” Long said. “We are definitely seeing great strides with fewer opioid prescriptions from working with the medical community. We’re trying to be incredibly proactive, however, we’re still seeing overdose deaths all over the state.”

Over the summer, many of these opioid-related incidents occurred in Madison.

In May, four to five people overdosed in one day, while 11 fatalities occurred in June before numbers leveled out in July — besides one week where two to three overdoses took place every day, Albright said.

Albright added that until the recent incidents, August saw less than one overdose per day.

“It’s kind of hard to tell what the new norm is because it only seems to be getting worse at this point,” Albright said. “It’s hard to determine what’s normal or when are we going to get back to normal.”

Another difficult aspect of the situation is attempting to figure out if several overdoses are connected when the victims survive since Maxwell said they tend to not cooperate with law enforcement.

One method police use to overcome this issue, though, is for first responders to take note of any distinct markings on drugs found at the scene. If law enforcement notices that a stamping on substances found at one overdose matches that of another overdose, it can help them build evidence to trace back the root batch, Long said.

Currently, Schimel is attempting to get fentanyl off the streets altogether by leading a bipartisan nationwide effort to pass the Stopping Overdoses of Fentanyl Analogues (SOFA) Act. The legislation will close loopholes allowing fentanyl manufacturers and traffickers to stay ahead of the law.

The key to SOFA is understanding that certain chemical compounds of synthetic drugs like fentanyl are explicitly illegal, but a manufacturer in China — or another location where a lot of the United States’ fentanyl comes from — can alter the chemical makeup slightly and technically circumvent the law while still producing a similar product, Long said.

“You can’t outlaw it if it doesn’t yet exist, and you don’t know it exists until people are harmed by it by ingesting it,” Long said. “This law will close that loophole.”

In the meantime, Albright emphasized the importance of MARI, a 6-month pre-arrest diversion program that has already seen 13 successful completions in less than one year. The goal of the program is to keep people alive and prevent crime by putting users through treatment, instead of jail, Albright said.

Some patients come to MARI after incidents with the police, but users can also self-refer to Dane County Human Services by calling (608) 242-6437 if they are struggling with addiction.