Wanjuki began blogging about campus rape culture and feminism after surviving sexual assault as a student at Tufts University, where she was later expelled for her posts. She felt the school was not doing enough after her assault, so she became vocal on social media which later led to her advocacy on campuses across the country.

Wanjuki believes rape culture allows misinformation to thrive and that social media perpetuates existing myths about rape. It can be exhausting to try and keep up with the breaking news articles popping up on Facebook and Twitter so frequently. 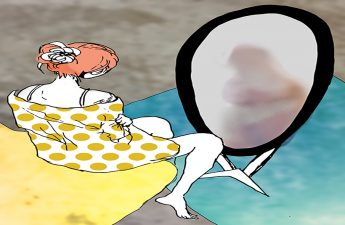 “Know that you don’t need to be reading and consuming this news all the time to be the best [most informed] person,” Wanjuki said. “Remember we lived in a time before this existed — before news was exhausting.”

There is a lot of work that needs to be done to end sexual violence, but self-care is an important step in being able to start, Wanjuki said. If nothing is done about rape culture, it will continue to thrive.

To best understand rape culture, it is important to look at those who are most vulnerable to becoming victims of it, Wanjuki said. This includes people of color, sex workers and transgender people.

Rape needs to be viewed as a form of repression, Wanjuki said.

“I see it as a reflection of whose bodies are valued in a society,” Wanjuki said. “Rapists know who is not valued or cared about in a society.”

Wanjuki believes survivors should not have to share their trauma to be believed, because having to do so feeds into the common trope that sexual assault victims are liars.

The #MeToo and #TimesUp movements, while important because they are advocating for victims, should not have had to happen in the first place, Wanjuki said.

“We can’t have a just society if sexual violence exists,” Wanjuki said.