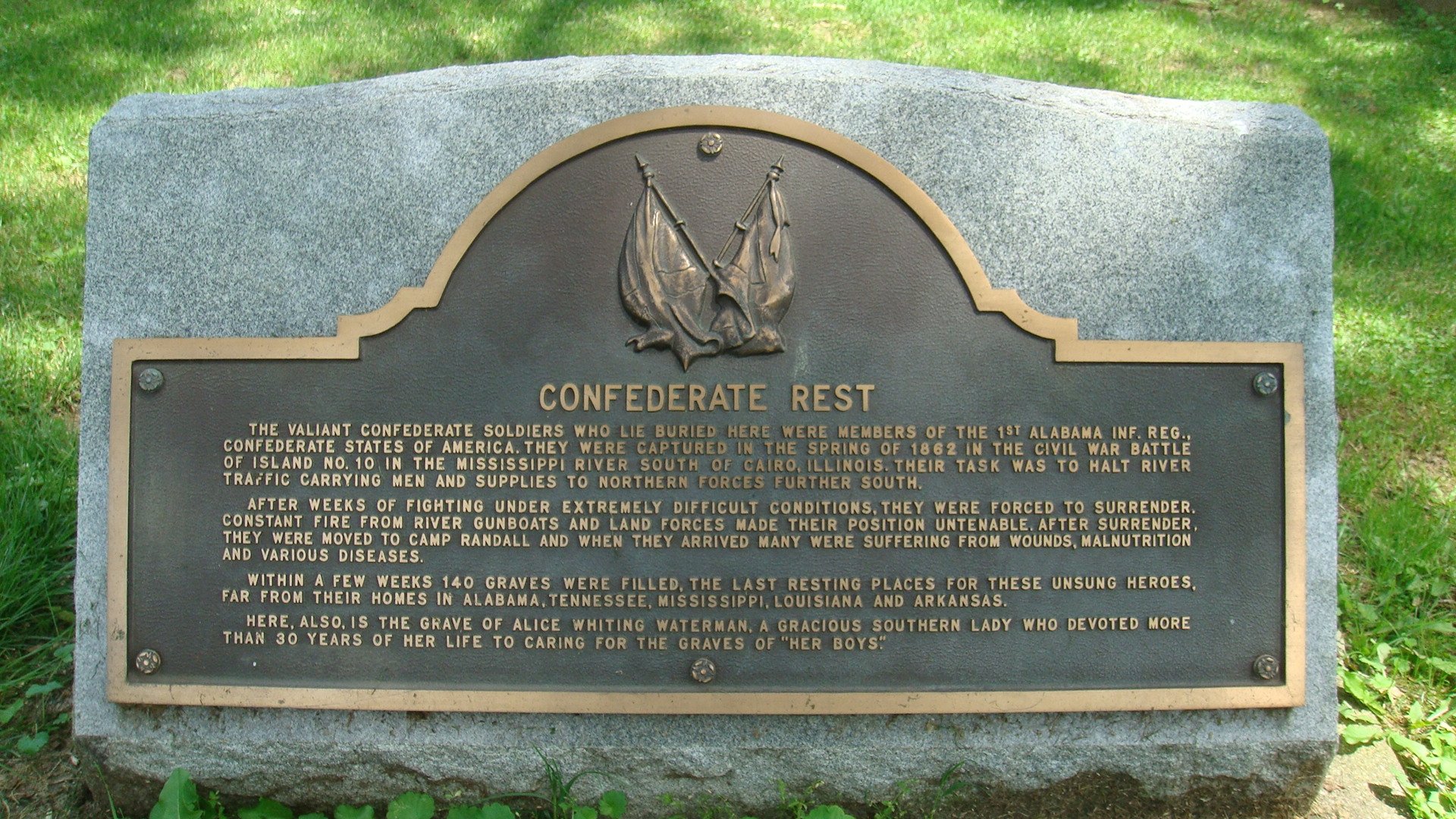 Following the white supremacist rally in Charlottesville last weekend, Madison becomes the next city to dispute taking down symbols of the Confederacy.

After the protests to oppose the tearing down of the monument of the Confederacy’s top general, Robert E. Lee, turned violent in Charlottesville last weekend, cities around the country have began taking down Confederate monuments.

In Madison, city officials have been advised to take down the Confederate Rest plaque at Forest Hills Cemetery. The plaque marks a burial site for roughly 100 rebel soldiers who were prisoners of war at Camp Randall.

The plaque was established in 1981 to honor “valiant” Confederate soldiers from Alabama, Tennessee, Mississippi, Louisiana and Arkansas who had died in battle.

“After weeks of fighting under extremely difficult conditions, [the soldiers] were forced to surrender,” the plaque reads. “After surrender, they were moved to Camp Randall and when they arrived may were suffering from wounds, malnutrition and various diseases. Within a few weeks 140 graves were filled, the last resting place for these unsung heroes.”

The removal of the plaque will have little to no disruption to the cemetery itself, Mayor Paul Soglin said in a statement.

Moreover, Soglin said the removal of the statue won’t erase any history. Rather, keeping it in Madison is “unnecessary” because The Civil War will be a part of U.S. history, “whether we memorialize it in marble or not.”

The removal of the plaque is a way for the city to acknowledge and respect the differences in how people remember history, Soglin said.

“In Madison, we join our brothers and sisters around the country to prove that we, as a people, are able to acknowledge, understand, reconcile and most importantly, choose a better future for ourselves,” Soglin said.

Co-executive director of Freedom Inc., M. Adams and Savion Castro, a One Wisconsin Now employee have called the plaque “offensive” and “a symbol of hate,” according to Isthmus.

Other cities have followed Charlottesville in removing their symbols of the Confederacy, including the plans to remove in Lexington, Kentucky and the quiet removal by Baltimore officials, according to The New York Times.

“There should be no place in our country for bigotry, hatred or violence against those who seek to unite our communities and our country,” Soglin said. “That is why I instructed Forest Hills Cemetery staff to remove a Confederate’s Rest commemorative memorial.”

Soglin has also instructed for city officials to remove a larger monument, which has not garnered as much attention.

The Badger Herald will update this story as more information is released.