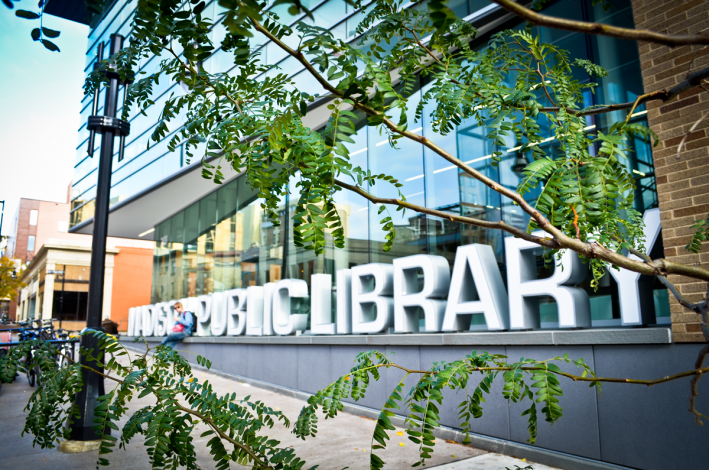 oLooking to bring Madison-area artists and at-risk youth together, Making Justice provides young people with outlets of expression and connects them with their communities.

The program, which began in 2014, operates at the Dane County Juvenile Detention Center, where arrested youth are placed for community protection, John Bauman, Dane County Juvenile Court administrator, said. The program offers youth the opportunity to work with graphic and 3D art, photography and poetry among a variety of other options.

Bauman said these activities help at-risk youth engage with the community and express themselves.

“It really is helping them feel more connected and interested in doing things that they just wouldn’t have had the opportunity to take part in,” Bauman said. 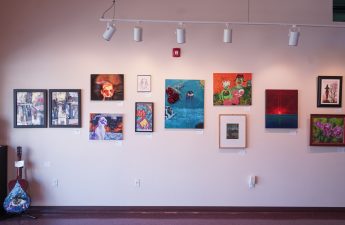 Youth typically stay at the facility while going through the court process and stay an average of eight days. Bauman said the longer the program engages kids in school-related activities they are interested in, the more likely they will be invested in school after they leave.

The program also operates at the Madison Public Library, Bauman said. This location allows youth in the Dane County Juvenile Shelter Home to participate as well.

Youth involved in the program can display their work in exhibitions held throughout the year. Two such exhibitions called “Direct Message” and “Too Much Sauce,” are open to the public, Madison Public Library’s Teen Services Librarian Jesse Vieau, said. 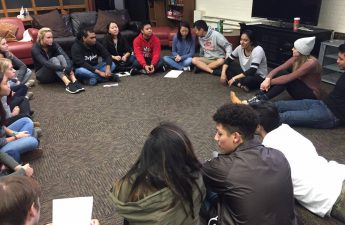 Amid feelings of uncertainty, UW students of color work to create outlets for expressionWith the election of Donald Trump and recent controversial racially charged incidents occurring on campus, students of color have expressed feeling Read…

University of Wisconsin students are also involved in the program through internships and community engagement placements, Vieau said. Students can be placed at any of the locations for the Making Justice program, he added. All they have to do to get involved is reach out to Madison Public Library or the detention center.

Bauman said youth in the program recently painted a mural on a wall of the Detention Center visitor’s room. A time-lapse video of the Sunny Horizons Mural project is also available online, Bauman added.

Continued support from UW students, faculty and community members has enabled the program to help hundreds of youth throughout the city. More than 400 youth participate yearly in the program’s workshops. Bauman said this has had a significant impact on the program’s participants and the wider community.

“Jesse and the folks he’s working with through Making Justice really have done very, very nice work with our kids,” Bauman said. “And our kids have really enjoyed the time that they’ve provided to the different activities and I believe they’ve learned a great deal as a result of the work that he’s done.”