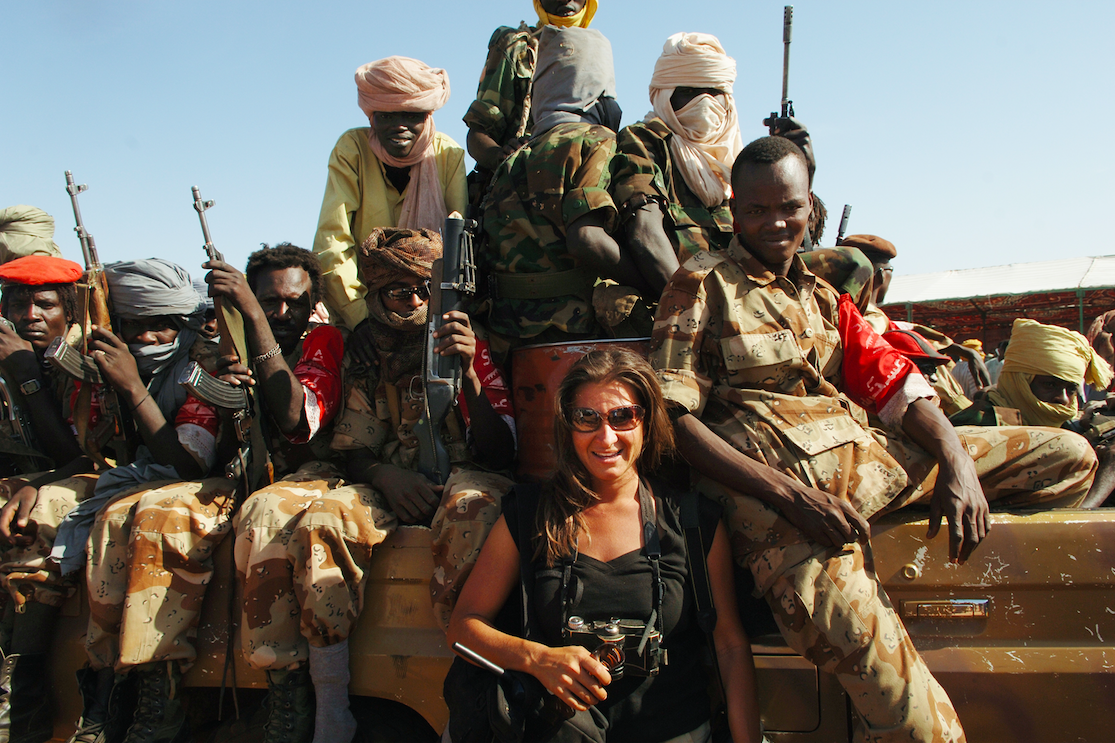 Between covering the Iraq War for two years and reporting refugee stories in Sudan last week, freelance photojournalist Lynsey Addario used her lens to capture human conflicts in the world, earning her an honorary doctoral degree at University of Wisconsin.

UW’s honorary degrees recognize people’s extraordinary accomplishments in their careers. As someone who has worked with renowned media like The New York Times, Time Magazine and National Geographic to document human conditions around the world, Addario is a worthy recipient of a doctoral degree in humanities to honor her contribution.

Addario graduated from UW in 1995, double majoring in Italian and international studies. After graduation, she went to Argentina to learn Spanish. She worked for a local newspaper there and was exposed to photojournalism extensively.

“There I became aware of pictures in the newspaper and I realized … photojournalism is a great marriage of photography, which is something that I love, and international relations,” Addario said.

But photojournalism was not her original career plan, Addario said. She began photography as a hobby at the age of 12, but never thought it could lead her to anything serious.

“I’ve been kidnapped twice, two of my drivers have been killed, I’ve been held at gunpoint several times.”Lynsey Addario

After leaving Argentina, Addario worked freelance for the Associated Press in New York, and then went to India, Afghanistan and Sudan — places with intensive human sufferings and political conflicts for her to document.

She has captured countless deep and meaningful stories in the 20 years after graduating from UW, and her adventures in war zones can be terrifying and even life-threatening.

“I’ve been kidnapped twice, two of my drivers have been killed, I’ve been held at gunpoint several times,” Addario said. “It’s terrifying, but I think at the end of the day I believe in this work, I think it’s important and I keep going back to it.”

She has strong faith in the significance of her work and the work of millions of other photojournalists, Addario said, both historically and in the 21st century.

It’s hard to pick one favorite moment of all the stories she worked on, Addario said. But when taken as a whole, she said her projects comprise of a body of work she hopes could enlighten and educate people.

Addario said it’s not easy to be a photojournalist, but UW students who aspire to pursue this profession should get their cameras and go. She said there are important stories everywhere in the world, not just in war zones.

“You just really have to figure out what it is that’s important to you, and do it,” Addario said. “Don’t talk about it — just do it.”