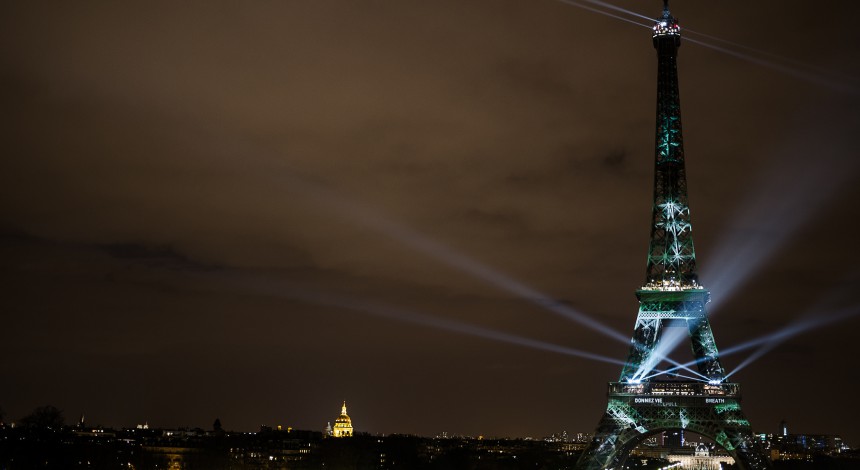 The COP21 talks, shorthand for the 21st session of the Conference of the Parties to the United Nations Framework Convention on Climate Change, hosts global leaders from nearly every country.

Their shared goal is to forge agreements to significantly curb carbon emissions and set a standard for average global temperatures, both of which threaten to raise sea levels, disrupt ecological systems and increase the severity of natural disasters.

Jonathan Patz, director of the Global Health Institute, is part of the UW delegation and said world leaders will negotiate to set a limit on rising average global temperatures. The consensus among scientists puts the ideal limit at 2 degrees Celsius warmer than pre-industrial temperatures, which is a significant increase, Patz said.

“Most of the world is water, so the temperature increase will be much greater on land,” Patz said. “A warmer climate will lead to more frequent extreme weather events.”

Nathan Schulfer, assistant director of professional programs at UW’s Nelson Institute for Environmental Studies, is another member of the delegation and said there is a sense of resiliency and solidarity in the face of the overwhelming issue of global warming, despite the failing of previous international agreements to make significant change.

Director of the Nelson Institute for Environmental Studies Paul Robbins said the summit hopes to create an agreement based off a broad framework known as the Durban Platform.

Within this platform, nations must agree on the specifics, such as how developing nations will cut emissions without slowing growth, Robbins said.

It remains to be seen what concessions world powers are willing to make and how much they are willing to help poorer countries pay for carbon reductions, Robbins said.

“This isn’t some abstract global thing,” Robbins said. “These are some fundamental questions about agriculture and city management and we want to bring that home.”

If the summit successfully produces a limit on the average global temperature and countries successfully curb their emissions to meet it, cities around the world — including Madison — will still face residual consequences.

“Green spaces in urban areas and community centers that provide air conditioning in big cities for those who can’t afford their own AC will be needed,” Notaro said.

Ald. David Ahrens, District 15, said the city is making investments to ensure that in coming decades Madison is resistant to harsher weather. He said the city has continued to build larger sewage systems to deal with greater floods and will work to expand emergency services to respond to tornadoes and other weather.

Join the conversation: ‘Live from Paris’

A group of UW researchers and business leaders visiting Paris to observe the summit will be hosting a video conference this week to accompany the talks.