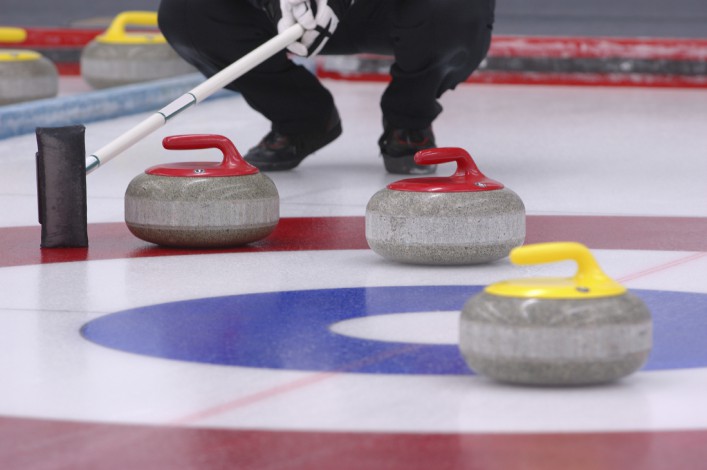 Riding on the momentum of the Winter Olympics, the Madison Curling Club has seen an increase in interest from city residents.

During typical open houses, Perry said the club will get between 30 and 40 people passing through. The club has had a steady increase in members during the last 10 years, he said.

Perry said the club had three curlers, Erika Brown, Debbie McCormick and Craig Brown, competing in Sochi during the Olympics. All three have been involved in the club for a long time, he said.

Steve Brown and Patrick McDonald, also members of the club, are currently in Sochi preparing for the Paralympics, Perry said.

The curling club has approximately 570 members, Perry said. Ages of the members range widely, ranging from 10-year-olds all the way up to 91-year-olds, he said. The club also has a junior program for younger curlers and younger members are typically children of members who encourage them to start the sport, he said.

Anyone that is interested can pay dues and join the club, Perry said. He said after paying dues, some people curl once or twice a week while others curl as many as four nights a week.

Perry said the curling teams are based on skill level because the sport involves a lot of strategy. The average time it takes for one to get to skip, or captain, is approximately eight years, although Perry said he has seen athletically talented members become skips in less time.

Every curler in the club is pointed, or rated, Perry said, outlining how a new member will receive a rating of one, while a skip will receive a 20. The club hosts leagues with no point limit as well as men’s and women’s leagues, mixed leagues, doubles leagues, lower point leagues and open leagues and there is also open ice for practicing, he said.

Perry said members with bad backs or bad legs can also curl at the club, and older members can use sticks to curl with.

Diana Gettinger, treasurer of the club, said she considers herself an average curler and usually participates in shifts two days a week. She said the curling club is open to casual curlers such as herself, who only go in for a couple hours to stretch and practice curling.

Additionally, the club also has opportunities to participate in tournaments, called bonspiels, all over the country. Perry was recently in Las Vegas at a higher-level bonspiel and will be participating in multiple bonspiels in the coming weeks around the state.

“Tournaments are a great way to curl with people you have never met,” Perry said.