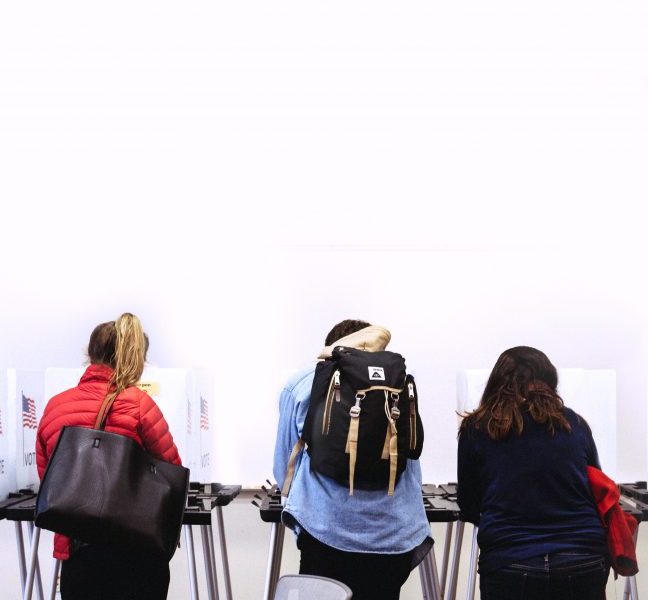 Nearly two years into the Trump era, young Americans have interjected themselves into American political theater in ways not seen in a generation.

From the Women’s March, to the March For Our Lives, to protests against Kavanaugh’s confirmation — young people across the country increasingly appear fired up as the midterm elections draw to a close.

Coming off months of demonstrations that celebrated national solidarity while revealing deep cleavages, the country has been rocked by what has been described as the most important election in a generation.

Reflective of that sentiment are voter registration and early vote numbers, which tell a tale of a more engaged and energized electorate than in midterms past.

No exception, young voters are approaching the polls with similar urgency despite their historically low voter turnout.

University of Wisconsin sophomore Emily Bian said she never gave voting a second thought because her parents never did. Now, after coming to college, Bian is participating in her first election, along with millions of voters nationwide Nov. 6.

“Things are crazy. I mean for the past month, I’ve had people approaching me left and right, giving me reasons why I need to exercise my rights and vote,” Bian said.

Voters are also hitting the polls early at higher rates than before – Wisconsin is now one of 22 states that have surpassed early voting rates from 2014.

In Madison, as of Oct. 28, 4,553 out of 7,942 registered voters ages 17-25 live near the UW campus, according to data from the City Clerk’s office. That’s more than half of Madison’s young voting population.

Now, the question for political experts and social scientists across the country has centered on  why people are going to the polls early at record numbers this year, when usually midterms fail to inspire large swaths of the population to show up and vote.

UW has been working to increase voter engagement efforts through a year-long, non-partisan voting initiative called the Big Ten Voting Challenge after reports revealed voting for people under 30 was at a historical low in the 2014 elections.

Nicole Costa, program manager at the Andrew Goodman Foundation, said students are seeing the impact of elections in everyday life in the post-2016 political space. In her years of working in voter engagement, Costa said the resources, energy and efforts students have put forth to mobilize their peers in this midterm election has been unprecedented.

“Organizing around specific issues has been incredibly important in the political space over the last few years and that interest is carrying over to election engagement and voter turnout,” Costa said.

University of Florida political science professor Michael McDonald has been tracking voter turnout and argued both Republican support behind the Trump administration, as well as strong opposition from Democrats, has driven both parties to take to the polls faster, Politico reported.

On campus, student wings of the two main political parties have reflected this trend in their own behavior leading up to the 2018 midterms.

Charlie Mueth, chair of UW College Republicans, said he voted early because it is his civic duty to do so — as well as everyone else’s.

“At a basic level, in a perfect democracy, everyone should vote,” Mueth said.

Mueth voted with an absentee ballot both to support policies that reflected his personal interests as well as his moral framework. As a member of Badger Catholic, Mueth said he finds it important to vote in line with his religious beliefs and for candidates consistent with his political outlook.

UW junior and College Republicans political director Mike Kowalski also said he voted for candidates that support issues important to him — citing tuition freezes, taxes and unemployment rates as his main reasons for voting as a college student.

While many students may not realize it, Kowalski said elections have tangible impacts on everyone in the country, so it is important for Americans to vote to keep policies they support and vote to change policies they disagree with.

“[A student’s] voice matters just as much as anybody else’s,” Kowalski said. “Laws have a real impact on their lives.” 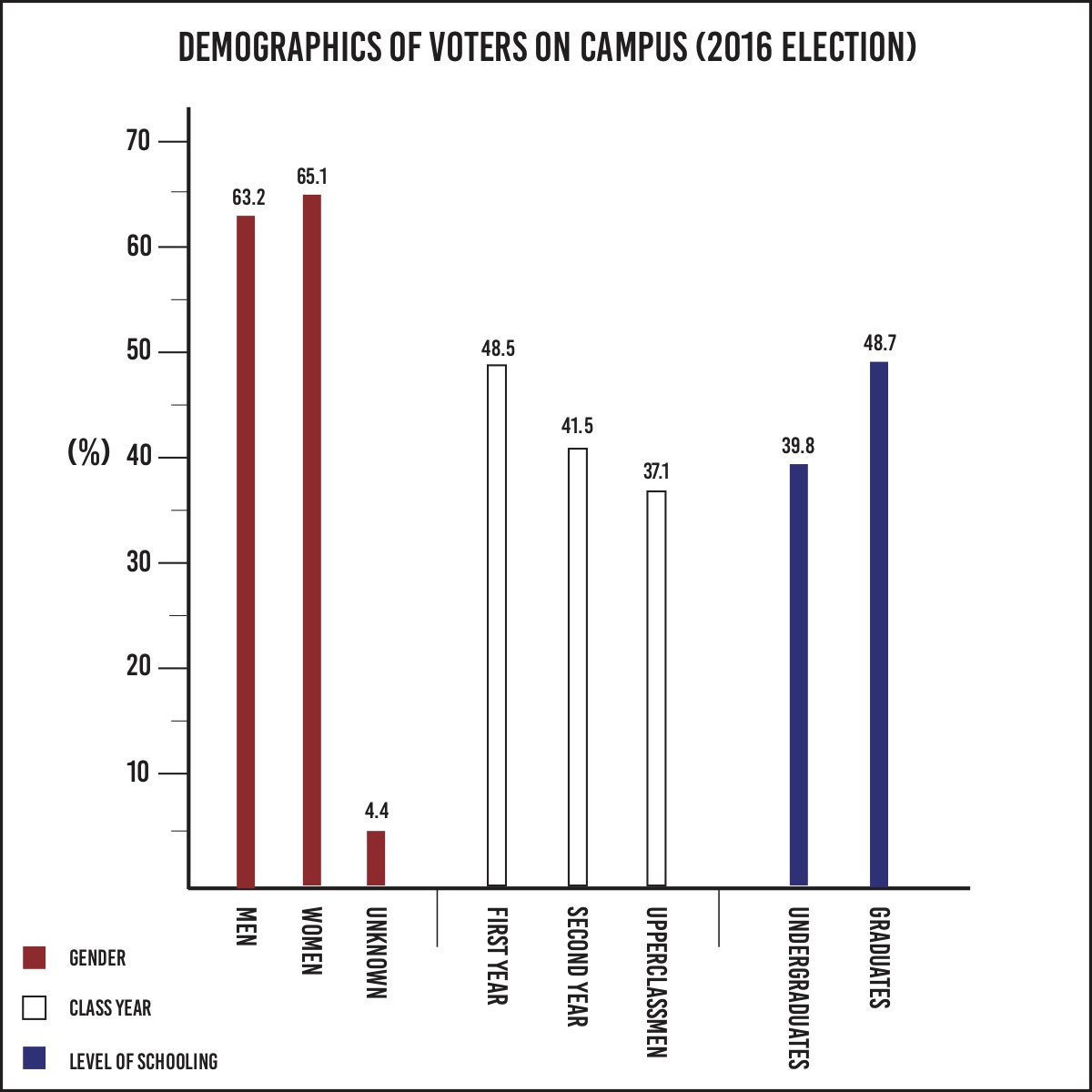 Others see voting as the only way to fight for systemic change.

UW senior and Democrat Charles Allworth voted last Monday for the Democratic ticket. Allworth said he kept in mind those who can’t vote as he went to the polls to fight against policies he believes systematically disenfranchise the economically disadvantaged and people of color.

He stressed that America’s biggest issues lie in affordable health care, public education, the criminal justice system and weak environmental protections — problems which are too  important to be sidelined until the 2020 presidential election.

“This … is the most important midterm election that the country has held in my lifetime,” Allworth said. “Either we don’t take action and see … important programs go away or vote … These problems won’t wait on a new presidency.”

But not all students felt positive about voting in this midterm election.

While UW sophomore and International Socialist Organization member Adam Fendos and UW junior and Socialist Alternative member Matt Cousin both planned on voting in the election, neither believed voting was of utmost importance.

“A vote for either party is still a pro-war vote,” Fendos said. “The two parties will both bail out the banks during the next crisis.”

Fendos ultimately voted in opposition of the current government, not because of his own faith in the Democratic Party, but instead to resist policies and politicians he disagreed with on the political right.

Cousin plans on going to the polls on election day, but he isn’t particularly happy about the ballot this year. The two party voting system fails to allow the working class to influence the government and leaves the country in political gridlock, Cousin said.

The real change, Cousin said, happens through mass movements, like the Civil Rights Movement, that force politicians to concede on key issues, rather than channeling political activity through voting.

“The election is going to be a good snapshot into what people are thinking about, where our consciousness is at,” Cousin said. “A lot of people are going to be looking to this election as a way to fight back against Scott Walker and Trump.”

Cousin thinks students will look to Democratic gubernatorial candidate Tony Evers and Sen. Tammy Baldwin, D-Wis., this election, but only to defend the status quo or out of fear that things could get worse under Walker and state Sen. Leah Vukmir, R-Brookfield, Baldwin’s Senate challenger.

“Involvement in politics doesn’t have to just be voting …” Fendos said. “You have to do more than just vote.”

For members of ISO and SA, organized acts of opposition do more to influence radical change than voting.

But perceived impact notwithstanding, students and student organizations have worked to change the low turnout rates for 17-24 year olds in the campus-area for this midterm election.

Through initiatives like the Big Ten Voting Challenge and Vote Everywhere, as well as encouragement from political organizations on campus like College Republicans and College Democrats, students and community members have created avenues for others to get involved.

“It’s the foundation of democracy to allow people to have their voices heard,” Kowalski said.