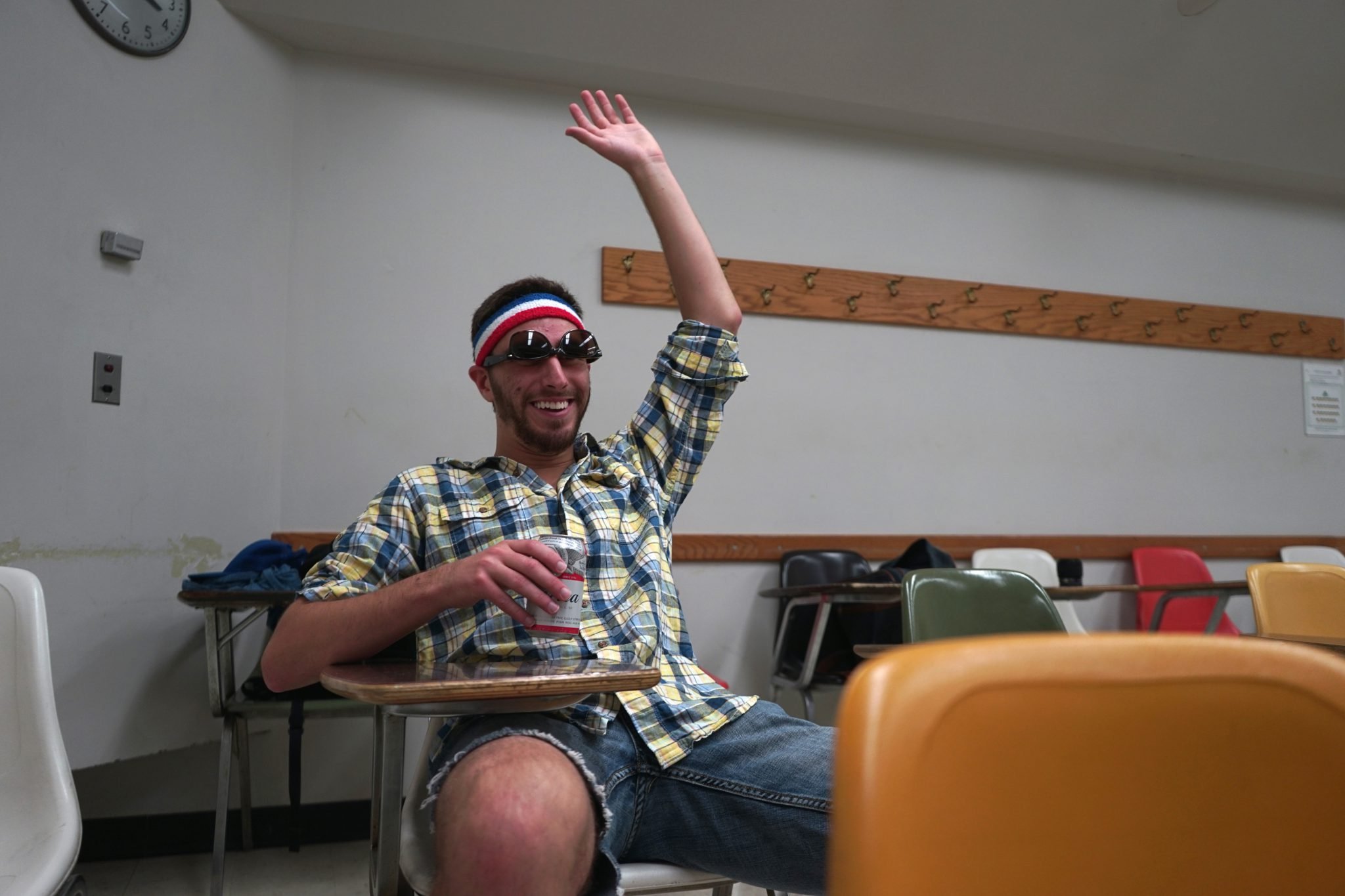 University of Wisconsin student Dab Chintaz wasn’t going to let a failed calculus class ruin his “wet, wild and wasted” summer, despite that his parents were making him retake it in the summer semester.

“At first I was like, man this blows,” Chintaz recounted. “But then I was like, screw it, I’m still gonna get wasted and go hard with my bros.”

Even with the early class every Monday through Thursday, Chintaz still courageously “raged” and “got blacked” every night this summer. His fun wasn’t just limited to nights either, Dab made sure to pregame his lectures and discussions.

Despite being intoxicated for the majority of the course, much to his surprise, Dab walked away with an AB in the class.

“I’m as shocked as my mom, I just wanted a C,” Chintaz said between sips of the forty taped to his hand. “This is going to be a major key to help me get in the B-school, my boys already got admitted so it’s going to be pretty lit.”

“Knowing that this is summer, we want to make the experience a little bit more relaxed,” Tew Changs, teaching assistant, said when asked about the jump in grades for students like Chintaz. “It’s summer for us too, so the quicker I grade the tests, the sooner I can get to Wando’s for free bacon night.”

When asked about Chintaz specifically, Changs responded, “I don’t bother learning the names in the summer.”

In a class that covers derivatives, integrals and equations, Chintaz took something else away from his time in Calculus.

“I don’t remember much of the specifics but I did learn how to draw some pretty sick cubes,” he said. “It was like 3D and stuff, popping out the paper.”

Chintaz isn’t worried about not retaining much information from the class either.

“When am I going to have to know how to take a derivative anyway? College is more about the experience anyway, if these are going to be the best years of my life, might as well make him count,” He stated before extending his hand for a fist bump.

At press time, Chintaz had moved into his new home for the up and coming school year, and is reportedly planning on remaining drunk until classes start in September.

“Maybe I’ll drink before all my fall classes as well,” he pondered before he ran off to shotgun a beer with his roommates.