The last three months have featured an explosion of music expressing the anger, frustration and sadness many feel about the violence against Black Americans at the hands of law enforcement.

From T-Pain to Beyoncé, here are my picks for recent impactful social justice releases you may want to check out.

Compton rapper YG was one of the first musicians to release a song entirely dedicated to the recent wave of police brutality, and in classic YG fashion, “FTP” is an effervescent, boisterous number fizzing with violent anger. 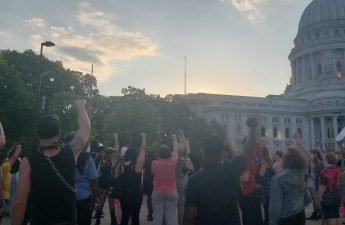 YG keeps the song’s hook simple as he repeats the phrase “fuck the police” over and over again. YG is no stranger to making politically informed music, and with songs like “Police Get Away With Murder” and “FDT” (Fuck Donald Trump) in his discography, YG has been effectively using his status and fame to push for social justice reform for years.

T-Pain, the singer-songwriter/autotune pioneer from Tallahassee, Florida, released “Get Up” June 12, and while the song doesn’t delve into any specific details about current police brutality, it opens with a powerful snippet from Malcolm X about fighting racial oppression — “the only way we’re going to get some of this oppression and exploitation away from us … is com[ing] together against a common enemy.”

“Get Up” continues this theme of rallying people to fight racism, and T-Pain encourages people to not give up the fight with the lyrics, “long as my heart beatin’ and I’m breathin’ air I’ll fight for me, you decide, anytime, anywhere/ And I will never back down from it.”

Lil Baby followed up his chart-topping album “My Turn” with a protest anthem entitled “The Bigger Picture” June 12. Unlike T-Pain, Lil Baby chose to describe his experiences with police brutality in detail throughout the song.

One of the most powerful lines includes, “you can’t fight fire with fire/ I know, but at least we can turn up the flames some,” alluding to the goal of many protesters to make life so uncomfortable for government officials that they’re left with little choice but to enact social change.

Lil Baby also expresses his confusion with the way cops treat people in the streets, rapping, “I find it crazy the police’ll shoot you and know that you dead/ But still tell you to freeze/ Fucked up, I seen what I seen/ I guess that mean hold him down if he say he can’t breathe.” 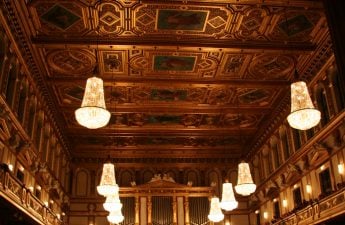 The show goes on: Popular music festival transitions to virtual formatThe streets of Madison are abnormally quiet for this time of year as the normally packed Madison Early Music Festival Read…

My personal favorite of all the protest anthems so far has to be multi instrumentalist, neo-soul singer songwriter Anderson .Paak’s song “Lockdown,” which released June 19. Not only does .Paak dive into the current situation surrounding police brutality and the subsequent riots, but he also explores the relationship between the pandemic and the protests with lyrics like, “them bullets was flying/ Who said it was a lockdown? Goddamn lie.”

R&B legend Beyonce delivered the uplifting anthem “BLACK PARADE” June 19 in which she celebrates her heritage with lyrics like “motherland drip on me,” and “I can’t forget my history.”

Beyonce shows her versatility on the track, extending her vocal range while seamlessly navigating an upbeat instrumental.

Two of the hottest artists in the game right now who both dropped number one albums this year, DaBaby and Roddy Ricch, deliver a hard-hitting remix to their previous collaboration, “ROCKSTAR.” 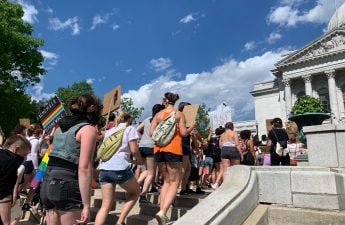 Unfortunately, Roddy Ricch doesn’t contribute any new vocals to the track, and besides the first verse of the song in which DaBaby addresses police brutality and his position in society as a Black male, the remix is identical to the original song.

But, DaBaby doesn’t fail to deliver some potent political commentary, something he has not been known for in the past. He raps, “cops wanna pull me over embarrass me, abusin’ power you never knew me thought I was arrogant/ As a juvenile, police pull their guns like they scared of me/ and we’re used to how crackers treat us now that’s the scary thing.”