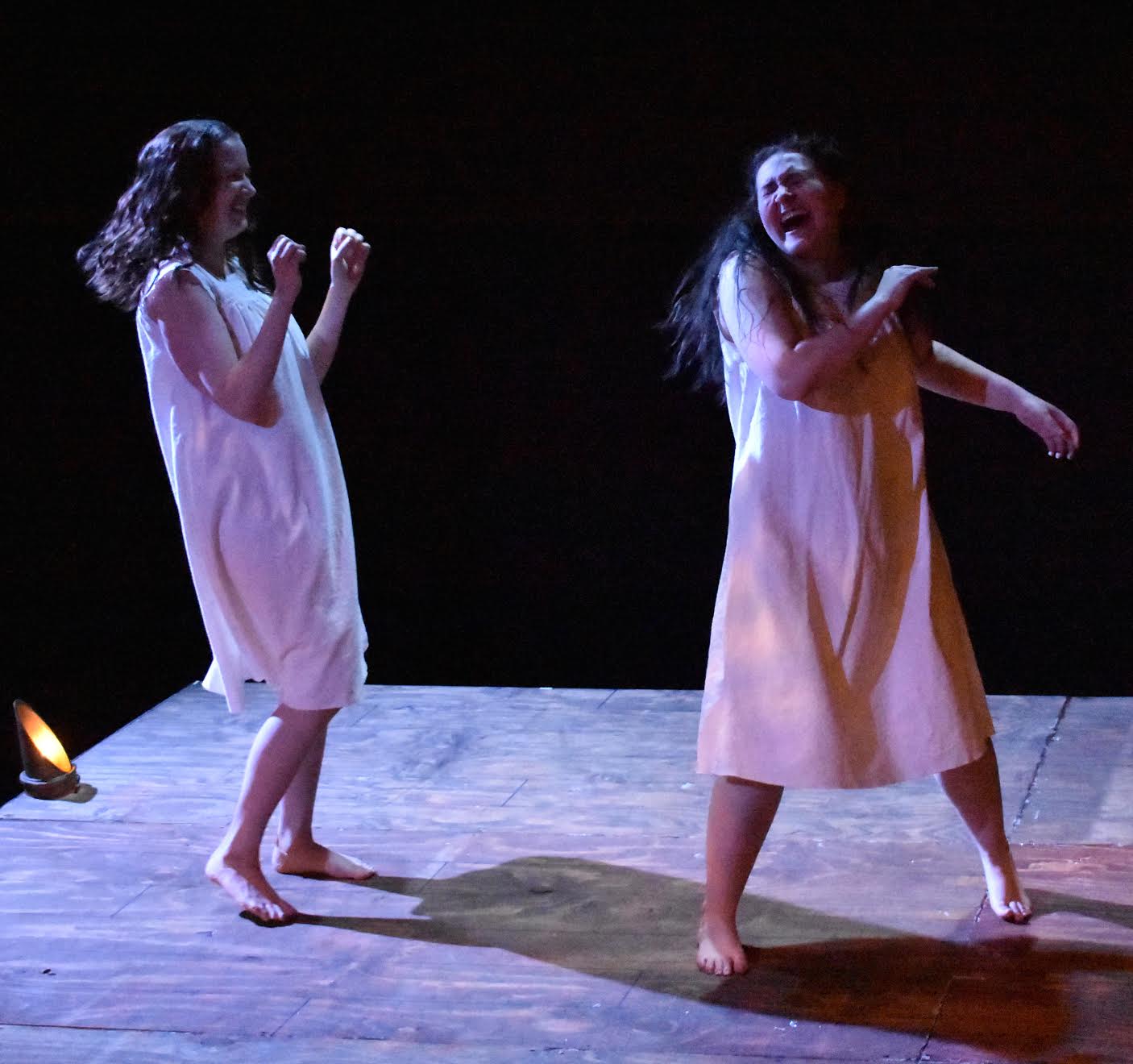 Last weekend, the Music Theatre of Madison had their first performances of “INDECENT,” a play reflecting cultural assimilation, xenophobia and LGBTQ+ rights in 1920’s America. For $10, students can catch performances over the next two weeks at Memorial Union’s Play Circle.

“INDECENT” is a Tony Award-winning production depicting the controversy behind “God of Vengeance,” a Yiddish play that jailed a theatre troupe after its Broadway debut. Written by Pulitzer Prize-winner Paula Vogel, it first debuted in 2015 and was hailed as “captivating and gorgeous” by New York critics.

It’s a play within a play, one that guides the audience through the development of the show and highlighting the changes made when it reached America.

Sholem Asch’s “God of Vengeance” tells the story of a Jewish brothel owner and his daughter’s love affair with a prostitute. There’s a beautiful love scene in the rain that is brought up many times in “INDECENT,” as it was partly the air of backlash.

While “INDECENT” does comment on LGBTQ+ rights, it’s also a piece on immigration to the U.S. “God of Vengeance” did very well in Europe, but the American version replaced the lead actor because she couldn’t learn English and took out the rain scene.

Despite their attempts, the actors were still arrested by the New York police in 1923 and charged with obscenity and libel.

When founder of MTM and director Meghan Randolph first considered “INDECENT”, she thought it would be impossible.

“There are so many components to it,” Randolph said. “It’s a really tough play to stage and wrap your head around.” 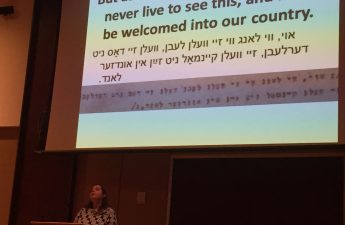 Discrimination against Jews revisited during heightened times of anti-Semitism, speaker saysYiddish Glory co-creator Anna Shternshis spoke on bigotry, racism and fascism in Judaism’s past Wednesday at her event, “Singing and Read…

But this isn’t the first time MTM has dealt with heavy material. Created in 2006, the professional organization strives to perform new and different shows in musical theatre. They look for unique and provocative pieces that stir up conversation within the community. MTM actively seeks out complex works like “INDECENT” and strives for authentic representation.

One way they do this is by involving the University of Wisconsin and professors. For this production, MTM brought on Sunny Stern Yudkoff, UW assistant professor of German, Nordic and Slavic Languages, and Mary Trotter, Chair of Interdisciplinary Theatre Studies at UW, along with a Yiddish consultant, LGBTQ+ advocate and many more.

“Madison is a town full of people who want to learn, and we have so many great resources at our disposal,” Randolph said. “Without them, I would not, as a director, be able to do justice to this play.”

The company wants to give as much contextual information as possible, through study guides, translations and even projections. “INDECENT” has a screen behind the actors that projects subtitles and clues to what’s going on in scenes.

When characters switch languages, the change is followed up by text in English and Yiddish. Songs and some dialogue are translated as well, but sometimes, the projections serve a more poetic purpose.

During the play when the company comes to the U.S., the translations amplify the conflict of assimilating to American theatre.

When it’s noted that they’re speaking in Yiddish or German, their native tongue, they speak with ease and no accent. But when they switch to English, the actors produce thick accents, highlighting the challenge of proving intelligence and merit when there’s a language barrier.

MTM doesn’t overuse the screen but makes it a necessary complement to the production.

The face of the Jewish community at the University of Wisconsin-MadisonBefore certain Jewish religious services may take place, at least 10 men or a total of 10 men and women Read…

There are also some key differences in MTM’s version. The play is normally performed in a large venue, but the Play Circle brings a new element of intimacy to the piece.

It eliminates the distance of their movements and creates a more centrally viewed choreography. The actors glide past the three instrumentalists, who move around with violin, accordion and woodwind instruments.

Another component that sets MTM apart from the original is its simplicity. The company uses an assortment of old luggage to make tables, chairs and steps. Their light focus on props allows the audience to focus more on the characters that use them.

The amount of time and work spent on the show creates a beauty that reflects on the major theme of “INDECENT” — art endures. In the best and worst circumstances, art will endure and provide hope in times of struggle. It’s an idea as relevant now as it was back then.

UW student and co-producer Alexis O’Connell said it’s an idea as relevant now as it was back then.

“MTM tries to do plays like ‘INDECENT’ as accurately as possible, with justice to the storyline but bringing light to what the story means to our current audience,” O’Connell said. 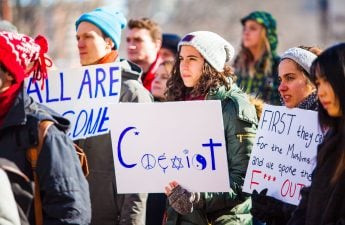 Divestment isn’t anti-Semitic, but ignoring members of Jewish community isOn April 26, the Associated Students of Madison passed legislation calling on the university to divest from corporations that profit from human rights Read…

MTM works to show accurate representations of Jewish, Yiddish and LGBTQ+ cultures while staying true to the history involved in the production.

To learn more about Jewish and Yiddish culture, assimilation and LGBTQ+ rights, look no further than the deeply moving “INDECENT.”