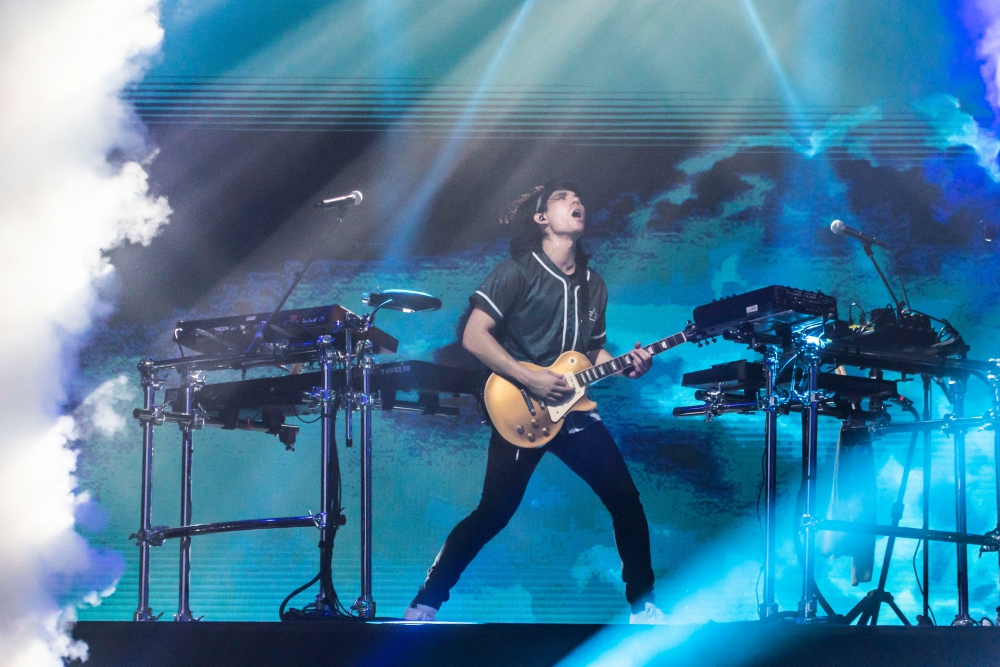 Bone Thugs-N-Harmony reminded the Summerfest crowd you can’t put a price on nostalgia.

The 90’s legends headlined the Johnson Controls stage at Henry Maier Festival Park in Milwaukee on Thursday night. The crowd would be one of the most diverse in age across the festival, pulling in those who first followed and supported the rappers in 1991 to younger fans who had family members put them on to the hip-hop group in more recent years, while providing more marijuana, cigarette and cigar smoke than most concerts, if not all.

The Cleveland natives proved they haven’t lost a step when members Wish Bone, Layzie Bone and Flesh-N-Bone opened to “Thuggish Ruggish Bone.” With Wish Bone leading the trio with his mic stand, he and his cousins harmonized to “East 1999.” You would be hard pressed to find someone not nodding their head along to the beat during the final chorus. 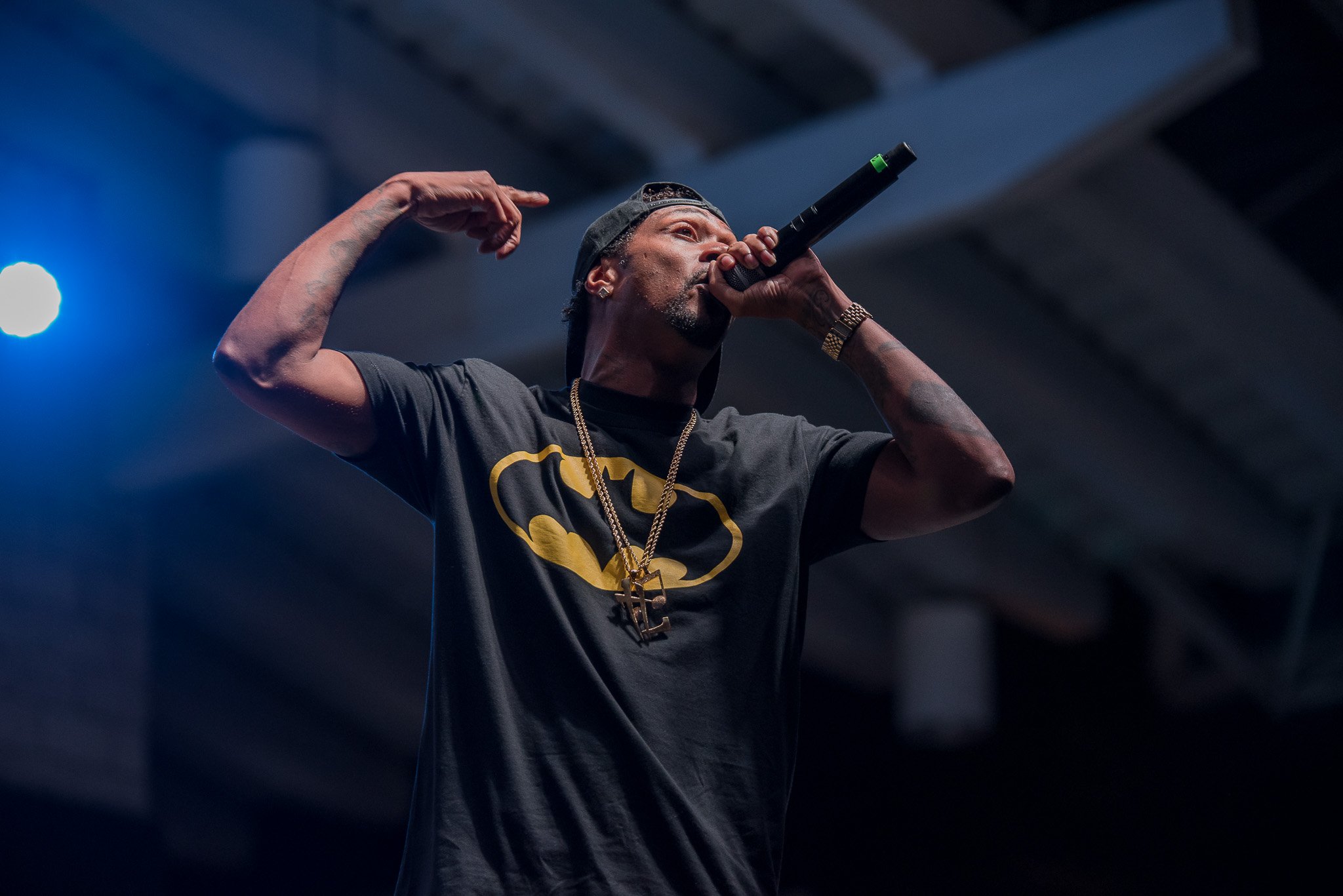 Layzie Bone appears to be a superhero in the rap game.
Ashley Steinberg/Summerfest

A packed tent full of fans grateful to be out of the rain and wind coming off Lake Michigan later heard “Look Into My Eyes,” a personal favorite to some in the crowd based off increased applause once Layzie Bone began his verse. The batman shirt he was wearing was appropriate as the speed of his lyrics could only come from a superhero.

Bone Thugs-N-Harmony’s touring DJ held a back and forth conversation between Wish and his turntable. This interlude led into a moment of silence for California rapper Nipsey Hussle.

Following the brief memorial, the talented artists never left the front of the stage and moved right into yet another one of the group’s hits, “1st of tha Month.” Collaborations with other artists over their career got additional hype from Wish and fourth member Krayzie Bone with their track “Breakdown” with Mariah Carey’s voice playing in the background. Akon could be heard through the speakers during the popular yet underrated record “I Lied.” 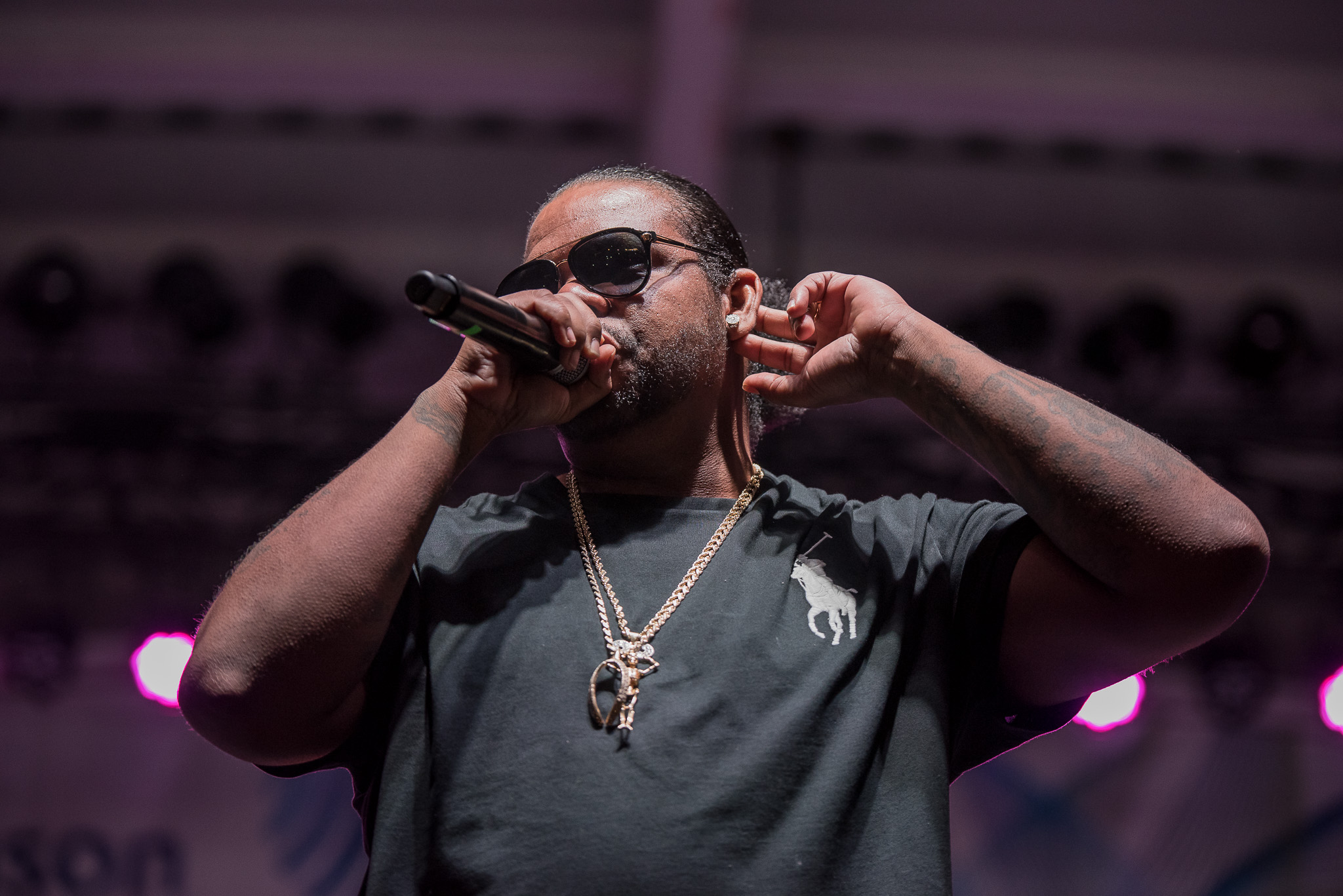 Being the only group to work with Tupac Shakur, Notorious B.I.G., Eazy-E and Big Pun while they were all alive respectively, the four first paid homage to the man who signed them to their first label in 1991. After a snippet of “Boyz-N-The-Hood,” the crowd erupted for “Foe Tha Love of $.”

Wish then told the crowd they’d take it back to the East Coast, playing a snippet of “Juicy” before “Notorious Thugs,” a song featured on Biggie’s Life After Death. The track took everyone back to Pacific Daylight Time with yet another snippet, this time of “California Love” by Tupac. “Thug Luv” got nearly everyone in attendance to dance or sing along if they had enough room in the packed tent to do so.

Following a back and forth between the rappers and the crowd, Luniz and Michael Marshall’s “I Got 5 On It” and Phil Collins’ “In The Air Tonight” primed the audience for arguably the group’s greatest hit, “Tha Crossroads,” where Wish gave each member hand signals to harmonize at different times during the song. Following an acapella harmony, each member walked off stage in dramatic fashion. 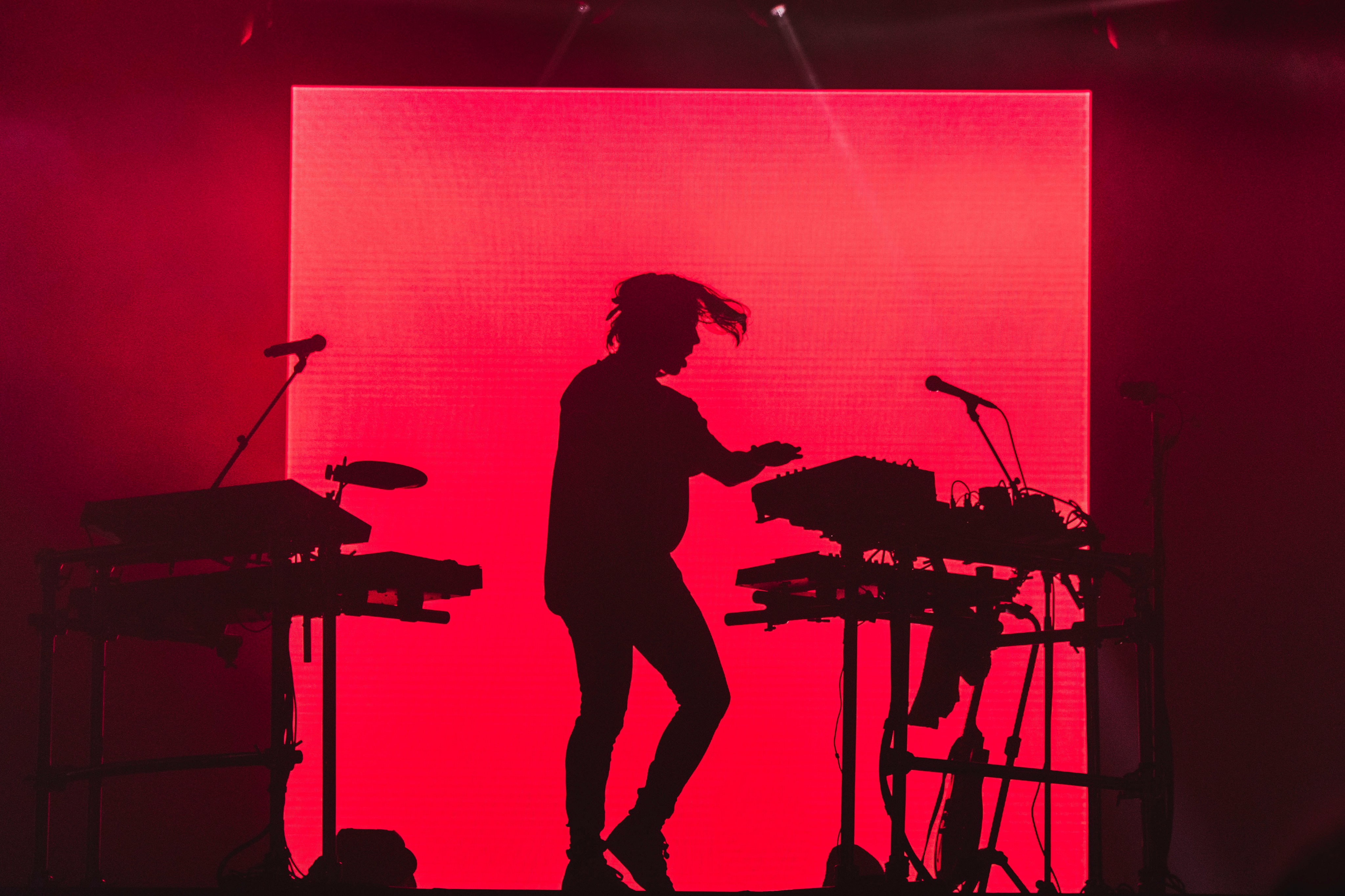 Gryffin, a.k.a. Dan Griffith, brought a high energy set on Friday night to the Miller Lite Stage at Summerfest. Raised in San Francisco, Gryffin began his career creating music out of his dorm room at the University of Southern California and has since gained considerable attention for his tracks featuring artists such as Illenium, Quinn XCII and Daya.

A trained pianist and guitarist, Gryffin displayed his abilities throughout his set as he transitioned between the electronic drums and guitar. Accompanying the EDM star was an incredibly dynamic visual backdrop that set the tone for his electric performance.

Additionally, smoke and confetti were fired off throughout the performance, to the crowds delight. Overall, Gryffin’s high energy music and compelling stage presence created an incredibly entertaining set that fans will not forget.