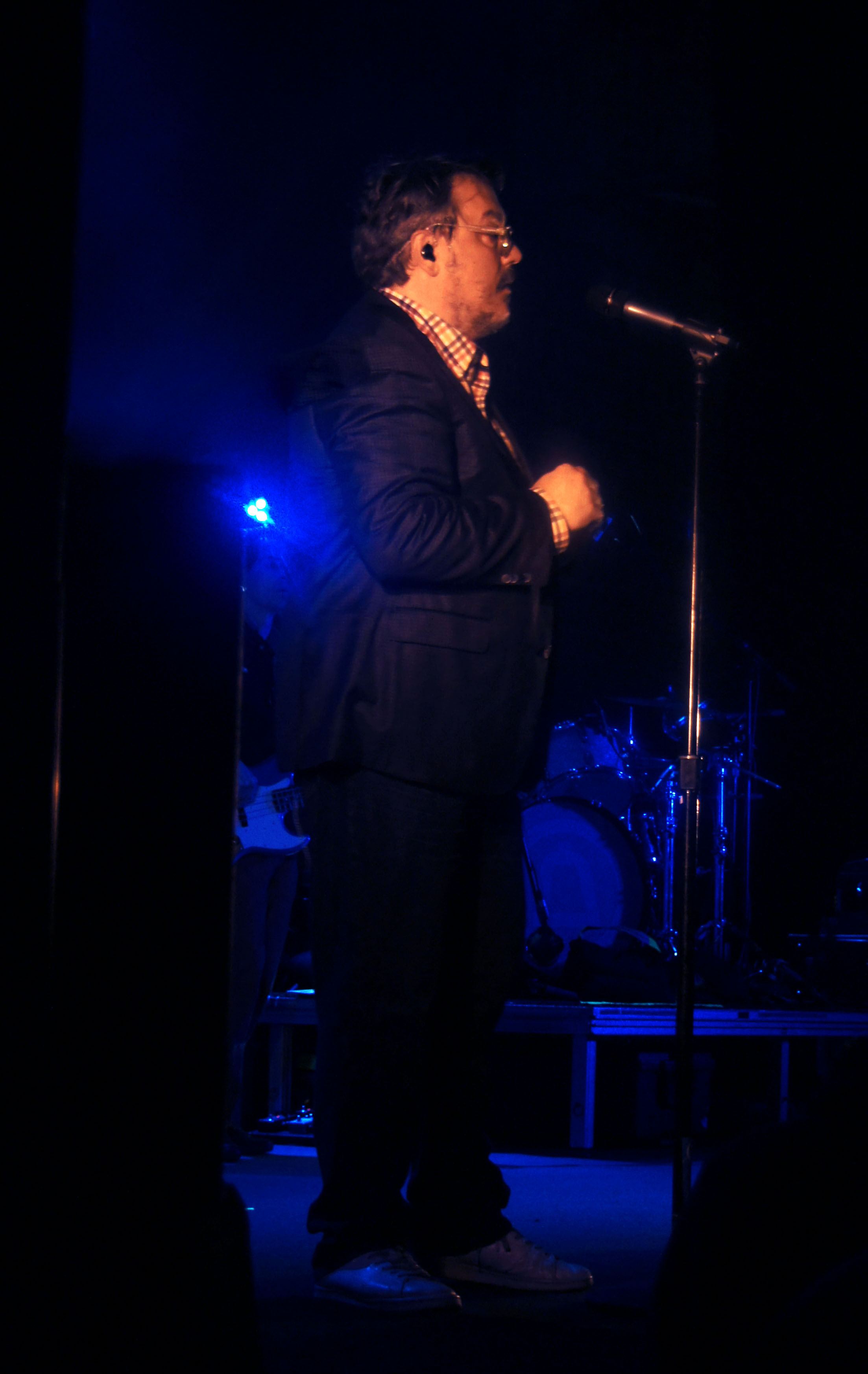 John Flansburg stands in front of the mic ready to share his voice with the audience at Barrymore Theatre.
Emma Grenzebach/The Badger Herald

Returning for their 12th time, They Might Be Giants brought a lot of energy to the stage Tuesday at the Barrymore Theatre. Playing old favorites, such as “Istanbul” and “Doctor Worm,” along with plenty of songs from their most recent album, I Like Fun, John Flansburgh and John Linnell, the two original members of TMBG, kept up the crowd’s enthusiasm the entire night.

TMBG started the first set of the night with “Damn Good Times,” a song that recalls the spirit of TMBG’s music that fans have come to expect. Throughout this first song, each member of the band had a short solo to introduce their talent to the audience.

The initial songs set the audience up for an energy filled night, causing even members in the sitting section of the crowd to stand up and dance. By leading the night with such energetic sounds, TMBG managed to keep the crowd entertained through two full sets of music, as well as two encores. 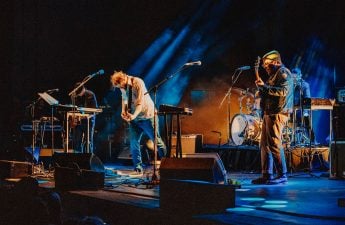 Throughout the first set, They Might Be Giants played a lot of music from their new album, I Like Fun, introducing the album with the tagline, “Better than it needs to be.”

Flansburgh and Linnell proceeded through both sets with bouts of comedic banter between songs.

They Might Be Giants maintained the attention of the audience by seamlessly transitioning through low and high tempo songs as well as newer and older music.

Some of the songs were even broken up by covers of other artists. At one point in the night, John Linnell broke into Sia’s “Chandelier,” with fun new lyrics, “One, two, three. One, two, three, drink.” TMBG also played a cover and parody of “The Lion Sleeps Tonight,” from Disney’s The Lion King. 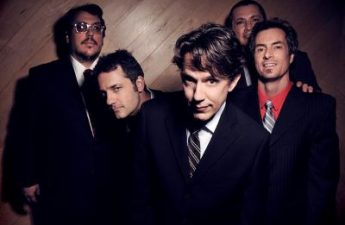 The second set of the night started off more politically, with a description of the U.S. given by Flansburgh as, “this dystopian hell-scape we’re living in.” The setlist included one of the first politically charged songs, “Tippecanoe and Tyler Too” from the 1840 presidential election.

TMBG then transitioned into a lot of their older music, as well as instrumental solos from many other band members. Drummer Marty Beller gave an incredible and memorable performance in which he followed the hand motions of either Flansburgh or Linnell.

Curt Ramm, the touring trumpet player for Bruce Springsteen, gave an expert solo on both the trumpet and the trombone. Switching off instruments, Ramm’s performance reminded the audience of a conversation between horns.

The band then left the stage, returning for two encores, the second of which included a band photo with the audience after Linnell revealed that this was the most memorable of their 12 performances at the Barrymore Theatre.

After more than 20 years of touring, TMBG has not lost their edge or their ability to captivate audiences.