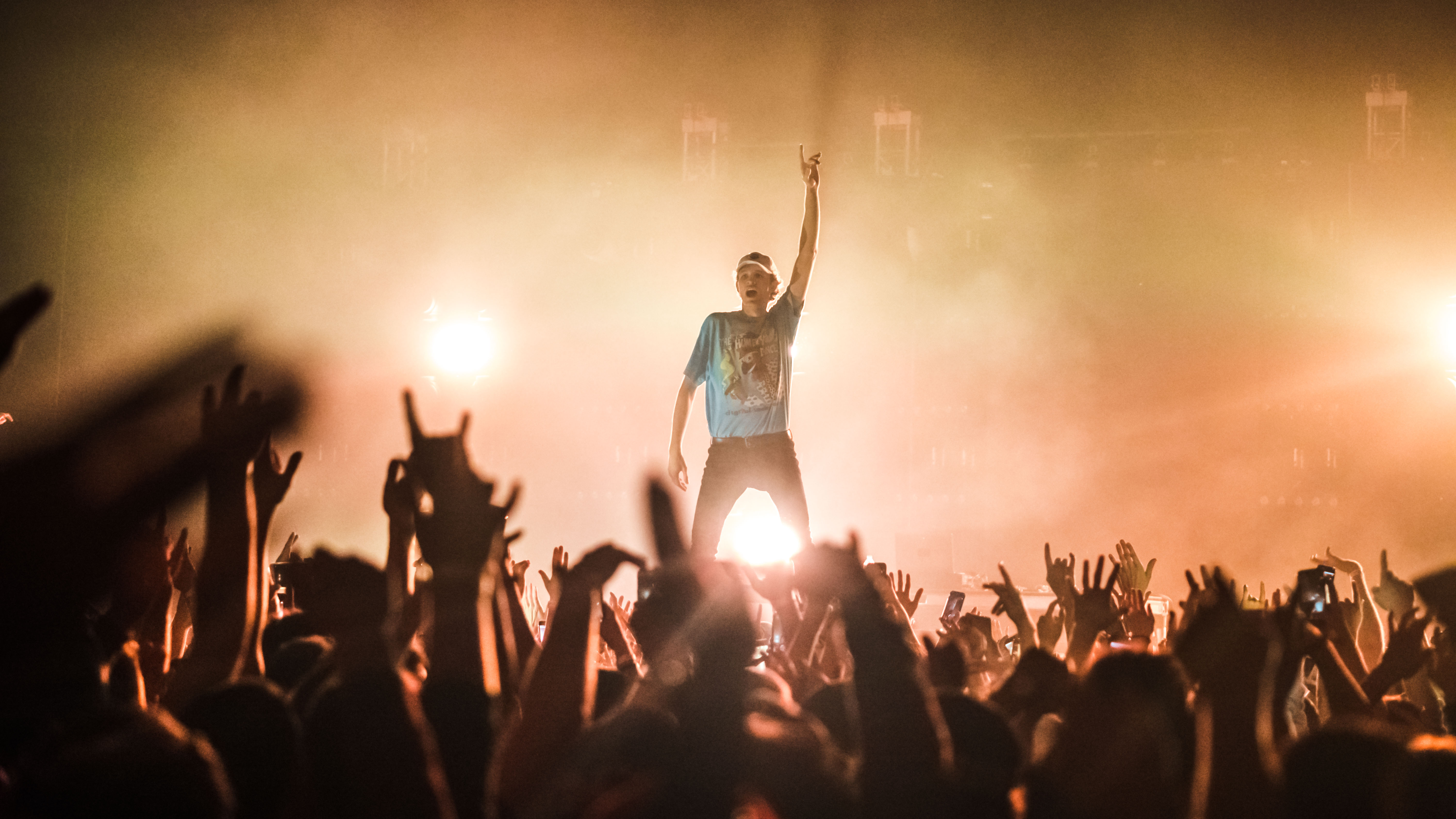 Louis the Child brought their “Last to Leave” tour to Madison Friday, where they kept the audience captivated from beginning to end with high-energy music and an intricate light show.

The setlist included a total of three openers: Party Pupils, Win and Woo and Joey Purp. Due to this killer opening line-up, it was surprising that audience members still had energy left to continue dancing for the opening act. But, when the Chicago-duo finally came onto stage the energy in the room reached a whole new level. If people were tired before, Louis the Child was capable of allowing their music to take over and get them moving once again.

An unexpected move by the duo was to open the show with their song “Fire,” which is one of their most streamed tracks. This was a smart choice because it set the mood more the rest of the performance. It was clear the night was going to hold even more dancing, jumping and screaming.

If the high intensity music wasn’t enough to get some people pumped up, Louis the Child, composed of Chicago natives Freddy Kennett and Robby Hauldren, did some dancing of their own. On top of their DJ table, the two danced and spun their tracks, each one flowing right into the next with almost no hesitation. This ensured there were no down moments.

The concert was not just an auditory experience, but visual too. The entire back wall of the stage was adorned with lights and screens. The lights alternated between flashing streams of colors, but they also incorporated their own unique features- computer-generated animals and vivid graphics.

The duo clearly enjoys integrating digital video into their musical performance. After the last opener ended and the anticipation was building for Louis the Child to take the stage, a video was played that showed the duo traveling the world on their tour. The clips were GIFs where the camera pans just enough to make the subject look like its moving back and forth.

The energy level of the show continued to rise throughout the night. If the balcony audience wasn’t throwing streamers down into the crowd, then Hauldren was crowd surfing.

What was interesting is that the duo performed more remixes than original songs of their own. This had no bad effect on the audience’s reception to the music, and perhaps allowed for dancing and singing to take place because of familiarity. One remix included Whethan’s version of Lorde’s “Perfect Places.”

Despite Louis the Child not taking the stage until 10 p.m., the openers kept created an energized atmosphere from the moment the first sound was heard. Louis the Child’s own dancing and excitement bounced back to the crowd, making it   show with no low moments. Louis the Child proved that they know how to keep a crowd entertained.