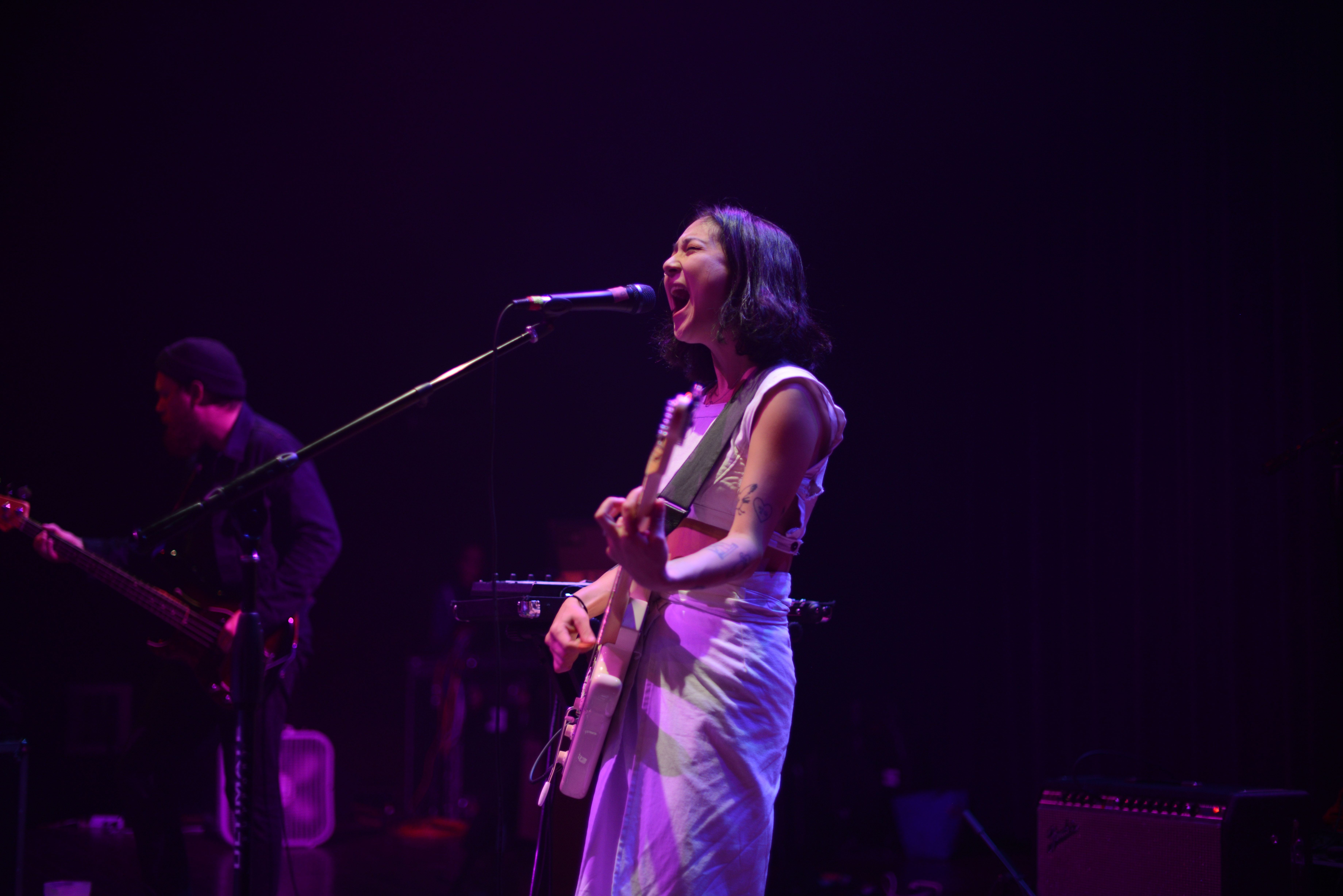 The University of Wisconsin Union Directorate Music welcomed Japanese Breakfast to the Sett, along with special guests Mannequin Pussy and The Spirit of the Beehive for an emotional Tuesday night.

With Japanese Breakfast tearing up the music scene right now following the release of their second album “Soft Sounds from Another Planet,” this was a hot show that crowded the Sett, even on a school night.

At 8 p.m., The Spirit of the Beehive kicked off the show. They weren’t bad by any means, but they also weren’t memorable — especially compared to Mannequin Pussy and Japanese Breakfast. But alas, The Spirit of the Beehive did what an opener should do: They warmed up the Sett with a moody, melodic lattice of sound as people shuffled into the place.

To get a good feel for the show, it’s worth mentioning that between the entrance and the stage was one of the best merchandise set-ups I have ever seen. People were crowding the tables at all times, which is indicative of both the beautifully designed items and the crowd’s devotion to the band. 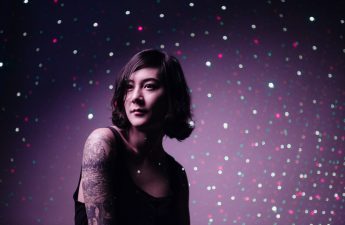 Japanese Breakfast continues to deliver intimate tracks despite previous plans to discontinueMusic that speaks to human experience and tragedy is something most can relate to, and Michelle Zauner of Japanese Breakfast Read…

At one point lead singer, Marisa Dabice, asked the crowd how many of us were in college. Seeing as the show was in one of the UW student unions, probably around 90 percent of us raised our hands. She then asked how many of us don’t know what we’re doing in college and then prompted us to drop out! She said, “figure out what you want to do then come back … unless you want to be a doctor or engineer or something … then stay, we need you guys, too.”

This elicited a pretty shocked response from the audience and probably sent some of us spiraling into a momentary existential crisis. That didn’t last long, though, because all of the sudden Dabice was on her knees wailing into the microphone. She proceeded to get into a straddle position and suggestively thrust up and down during her last song.

Then, finally, Japanese Breakfast hit the stage. By the time they got on, the Sett was packed full, even on a weekday when many students have midterms. Frontwoman Michelle Zauner looked like a real life, alternative-indie angel. She was wearing a beautiful all-white get up that revealed her sleeve of tattoos with white light-up sneakers.

The band began playing the “Diving Woman,” the first song of their second album Soft Sounds from Another Planet, which at one point was going to be conceptualized as a science fiction musical. Though this didn’t work out, what is left is an album that is a gorgeous swirl of emotional contemplation, atmospheric swells, allusions to technology and outer space and guitar loops that are thoughtfully broken up by tasteful distortion and sound effects.

Japanese Breakfast played a good balance between this album and their first album Psychopomp, which delved into Zauner’s contemplation of death and sex, and the relationship between the two.

At one point during the set, Zauner stayed on stage while the rest of the band vacated so she could play some slower songs. They returned to finish out the energetic songs at the end of the set, showing a thoughtful curation of a show, meant to manipulate the audience’s emotions in the best possible way. The set was fun and danceable, yet also emotional and meaningful. 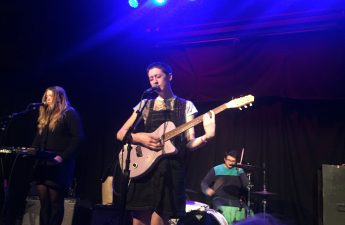 Japanese Breakfast’s stage banter also definitely characterized the show. During one of her banter breaks, Zauner talked about how she and the guitar player got really high and watched a bunch of videos of Queen playing live. During the next banter break, she brought it back, comically adding that nothing can make you feel worse than watching Queen play live.

Between other songs she thanked the students in WUD Music who booked her, adding that she too used to book bands in college. She talked about how UW is a lot different from her all-girls college where instead of a “maypole,” they had a “mayhole” because maypole was too phallic.

In her last break for banter, she told a story about how she wanted to book the band Dinosaur Jr. for her school, but that was met with a lot of push-back so they ended up booking Major Lazer. In a stroke of rebellion, Zauner said she decided to take acid and had to take down the monitors while tripping — not a fun experience. She explained that, to console herself she repeated that no one knew she was tripping if she didn’t tell them … “unless she shit her pants.” The crowd cracked up at this anecdote, which was perfectly weird and quirky, yet oddly relatable.

Japanese Breakfast then erupted into their last two songs to close out the show, their two most popular: “Everybody Wants to Love You,” then finally “Machinist.”

During “Everybody Wants to Love You,” the crowd jumped enthusiastically and sang along. For the last song “Machinist,” a song about a girl falling in love with a robot, Zauner interacted with the audience, basically talking the lyrics at people in the first row then jumping into the crowd and dancing with us. What is particularly striking about both of these songs is how well Zauner’s voice drives the music underneath, yet also effortlessly flows on top of it.

The relationship between the vocals and the instruments always makes me feel like I’m somehow moving backward and forward through space at the same time, and my disorientation of space was only enforced as I watched audience members lose themselves within their sound. This show was well worth whatever responsibilities audience members gave up to be at this show on a school night.