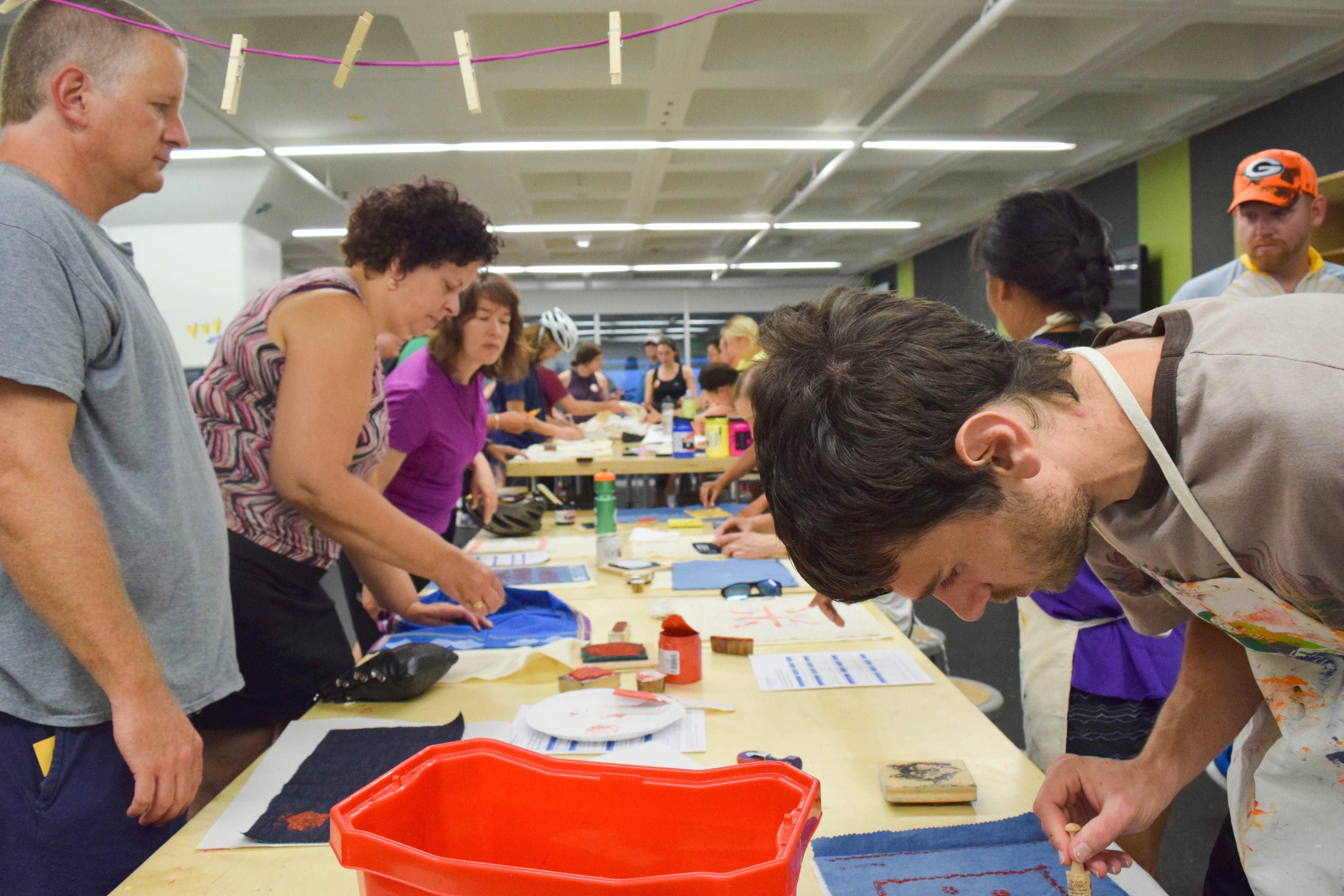 Spearheaded by the Arts & Literature Laboratory and The Bubbler at Madison Public Library, Bike the Art combines community and art appreciation in an active and social monthly event.

The monthly curated bike tour of Madison’s art scene is free and open to the public, and features stops at local art venues, special activities/receptions and guest lectures.

The purpose of the event is to encourage people to participate in the arts, said Jolynne Roorda, co-founder of Bike the Art from the Arts + Literature Laboratory.

“We want to help make it clear that it’s really easy and simple to be involved in the arts,” said Roorda. “So, you can hop on your bike and you’ll have this experience that can change your life.”

Other organizations and individuals, such as local artists, arts organizations, VEA Events and Madison Community Discourse, contribute greatly to the organization and planning of the events each month. Bike the Art is also sponsored by Dane County Arts and Promega Corporation. 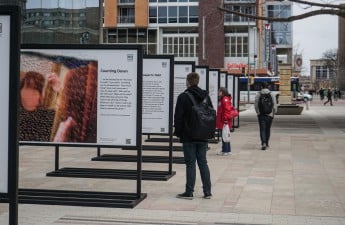 The idea for the event first originated roughly a year- and-a-half ago as a means to connect two things Madison residents enjoy: The city’s extensive art scene and biking.

From its beginning, the organizers of Bike the Art aimed to provide a unique tour and experience each month.

“Early on, we sort of brainstormed an idea to have each month be a little different, whether it’s based on a theme or geographic area,” Roorda said.

September’s upcoming event, set for Sept. 24, will likely focus on performance art. Attendees can expect to view dance, theatre and music, as well as visual art.

While pilots of Bike the Art occurred in September and October 2016, the Arts + Literature Laboratory and The Bubbler launched its first series of the event, running from May until October 2017.

Collaborators decided to launch a six month long series, as opposed to a full year, to avoid potential harsh winter conditions. The six-month series gave Bike the Art the opportunity to pursue the outdoor tours in warmer weather.

Each event typically has a goal of 40-50 attendees, and lasts for a duration of about two-and-a-half to three hours long, Roorda said.

Bike the Art sought to include and appeal to a diverse population of all ages and interests. In doing so, biking with the group is not a requirement. Some attendees, who are either unable to bike or choose not to, either walk or drive to each of the destinations on the schedule.

“We also have people of all ages participating each time, so we’ll have children there and older community members there, so it’s a real range,” Roorda said. “We try to make it as accessible as we can. And if anyone had any issues beforehand, we can try to make accommodations.”

Staying for the entire duration of the tour is not a requirement, either. Attendees are free to come for as short or as long as they are able to, and stay for the exhibits and receptions they are interested in.

The organizers also attempt to make the event accessible to a wide range of bicyclists, by purposely choosing designated bike routes or bike paths that aren’t particularly difficult, Roorda said. 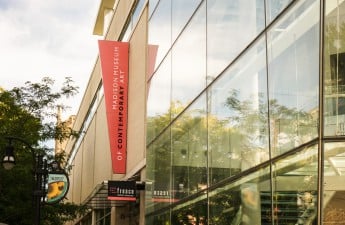 “Typically, these are not hard bike rides,” Roorda said. “We try to make them long enough to feel fun, like you’re getting out there and getting a little bit of exercise, but they’re not tough. You don’t have to be an expert bicyclist in order to participate.”

Roorda hopes Bike the Art can show the Madison community what they can gain by participating in the art scene. Through combining art with biking, Roorda hopes to further introduce new people to Madison’s many galleries and venues, and even participate in hands-on demonstrations, while also getting people outdoors and active.

Unlike a day at a gallery that is open every day of the month, Bike the Art makes that experience more social by offering hands-on demonstrations and connecting a large group of people to experience the art together.

“We just want people to come with an open mind and meet new people, see some art,” Roorda said. “It’s really a fun social event, and a great way to experience new art.”