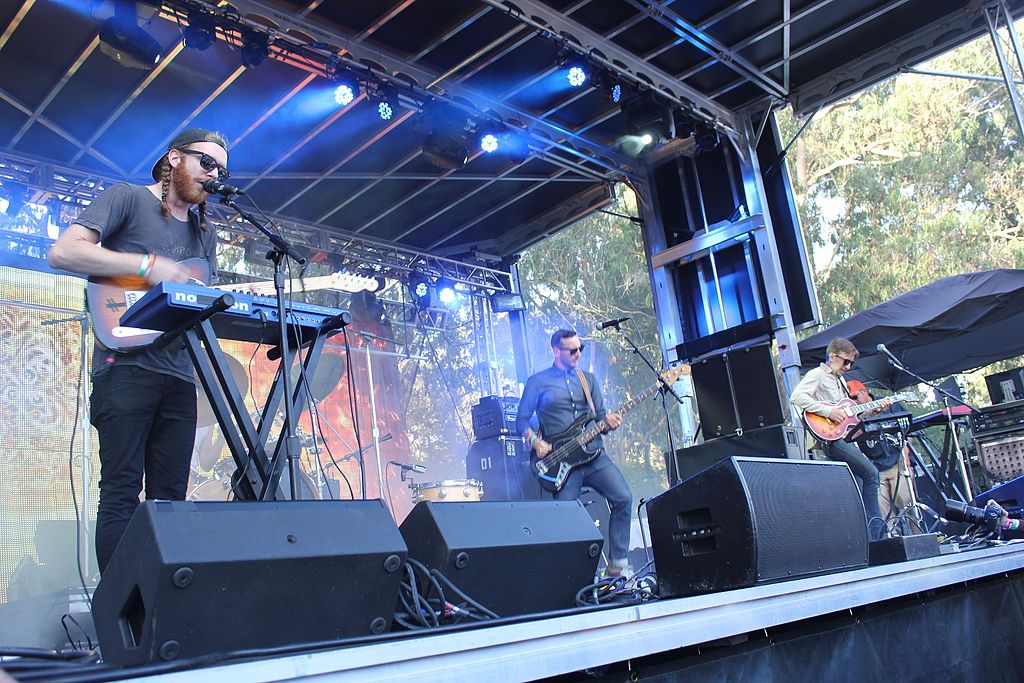 While I’m still stuck on Night Moves from last week, Bear Hands has also been on my mind. While they aren’t fur, claws and rage (“bear hands,” get it?), they are an indie rock band from Brooklyn. Vocalist and guitarist Dylan Rau started the band, and recruited the likes of Val Loper on bass, Ted Feldman on guitar and TJ Orscher on drums to help him translate his ideas.

According to their Spotify page, the music was inspired by a “tumultuous time in [Rau’s] love life.” We feel you, man, and that brings us to the first song, “Giants,” off of 2014’s Distraction. 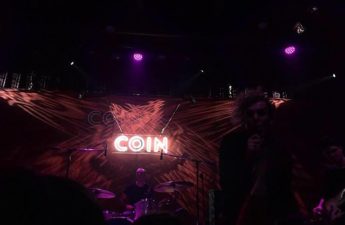 COIN’s new album offers equal number of hits, missesCOIN’s latest release, How Will You Know If You Never Try, wasn’t all too exciting to me at first, but there Read…

The chorus, which sings, “and you’re loving me whether you want to or not / well I want you for sure, I am loving you more,” is what initially attracted me to this song. But, what made me stick with it, is the way Rau sings. While, yes, he does have an especially unique voice, he also sings with very hard “r’s.” It sounds clipped and forceful, but in a way that makes listeners want to hear it again. This sort of singing that he does translates into the rest of their songs as well.

This song is also rhythmic, both in the drumming and the vocal melodies. The lyrics are fast-paced to match the drums, making is reminiscent of spoken-word poetry or rap. This rhythmic movement reminds listeners of the next song, “Bone Digger.”

Also on Distraction, most of the verses capitalize on this hard “r,” most lines ending in a series of words like, “bonedigger,” “stone figure” and “quick trigger.” The most rhythmic part of the song is the chorus, which seems to have this sense of yearning for more to life:

“The lies, the lies, the bullshit and the lies / like ‘Oh, I could’ve died! Yeah, lucky to be alive.’ / I want truth and reason, clean and decent / I want new school teachings, deeper meanings.”

Their newest album, You’ll Pay For This, came out last year, featuring favorites like, “2AM,” “Boss,” “Like Me Like That” and “Marathon Man.” If anything, this album is a testament to their growth since their first album’s release in 2010, Burning Bush Supper Club. Overall, Bear Hands are rhythmic masterminds, with upbeat and catchy indie tunes applicable to any situation.

Here are some more tracks to enjoy: